ALBANY – In his sophomore year at D’Youville College, Tim Kennedy was hiking with other students through a rain forest in Panama when his professor, Dr. Olga Karman, asked him if he ever envisioned a life in politics.

“I think about it every day,’’ Kennedy recalled telling her.

By that late summer of 1996, Kennedy dove into political volunteering, helping Buffalo Democrats with names like Higgins, Mahoney and Kane among others. In turn, they would eventually help propel a kid from a blue-collar household in South Buffalo into his own public service career.

Kennedy, a state senator who represents a large area of Buffalo and several southern and eastern suburbs, this week joined his fellow Democrats in moving from the minority of the State Senate into the majority. As a result, Kennedy has become an overnight power broker in not only Western New York, but in regions stretching to central New York and beyond. That’s because the new Senate majority – operating in a state capital where majority party status rules everything – has just three Senate Democrats from upstate, and Kennedy is one of them.

“Tim is ready for this,’’ said Lt. Gov. Kathy Hochul, a Democrat who recalls knowing Kennedy from when he joined the Erie County Legislature in 2004.

In the New York City and nearby suburban-led Democratic conferences in both the Senate and Assembly, Kennedy’s task will be to get an upstate voice heard at the Capitol.

“Tim has built up the goodwill with a lot of legislators from New York City that when he needs something from Western New York they’re going to be there for him,’’ Hochul said.

"If Democrats want to keep a majority in the Senate, they’re going to have to increase their numbers in upstate, and the best way to do that is to have a guy in the forefront of that effort like Tim Kennedy,’’ Higgins said. 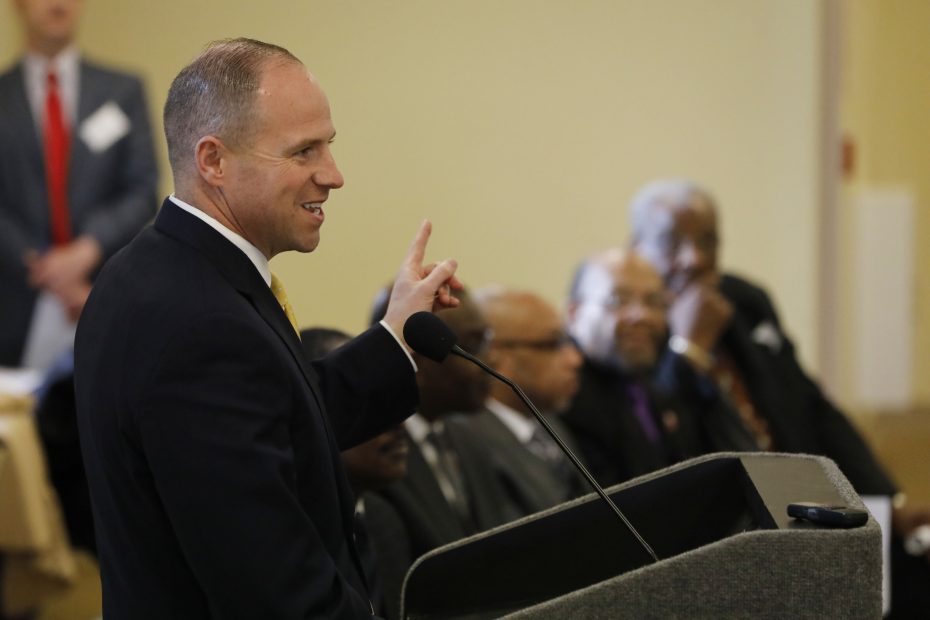 A start in politics

Kennedy, one of five siblings, grew up in a modest, three-bedroom home on Tuscarora Road in South Buffalo. His father, now Buffalo's commissioner of assessment and taxation, held odd jobs when the kids were younger. His mother worked three jobs and was the major breadwinner for much of the time. The longtime cardiopulmonary nurse today teaches nursing at D’Youville College.

It was his mother, Mary Kennedy, who got upset with both Kennedy and Higgins when her son got involved volunteering on Higgins’ campaigns while Kennedy was studying for his master's degree in occupational therapy.

“We were adamant. School first, get your degree and then do whatever you want. My wife talked to Brian and told him the same thing," recalled Marty Kennedy, the senator’s father.

Kennedy’s mother won that fight, and Kennedy would become an occupational therapist at several places, including Bornhava, a preschool for children with disabilities. He met his future wife there.

"We went for a run before our first date, and I remember him talking politics," said Katie Kennedy.

“I’d listen to the radio and the pundits were very negative about Buffalo. There was a very defeatist attitude about who we were as a community,’’ he said.

His Buffalo roots go back to his great-great-grandparents and it was “getting under my skin” that his city was being talked down by people inside and outside the area. In 1998, he began knocking on doors seeking votes to become a Democratic Party committeeman. He won.

“Here comes Senator Kennedy," the new committeeman’s neighbor, Joe O’Neil, started saying when Kennedy stopped by, according to Kate Carr in describing her late father’s nickname for Kennedy years before he actually became one. At least 40 years his senior, O’Neil helped with Kennedy’s many campaigns, driving him to events and hanging political signs.

Shortly after Kennedy's marriage in the fall of 2004, Buffalo Democrat Mark Schroeder got elected to the State Assembly. Schroeder’s departure from the County Legislature created a vacancy, and Kennedy jumped in. Katie Kennedy recalls sitting in the back of a hall in Buffalo as her new husband pitched himself to local Democratic leaders about why he should get the post.

“He wanted to have his voice in politics and wanted to make a change," Katie Kennedy said.

Road to the Senate

In 2010, Kennedy defeated Bill Stachowski, the longtime incumbent senator, in a primary. Kennedy then beat Stachowski and Republican Jack Quinn III in the general election.

In 2014, he faced her again, this time with hundreds of thousands of dollars pumped into her campaign by the now-defunct Independent Democratic Conference, a group of renegade Senate Democrats trying to grow its ranks at the Capitol by defeating Kennedy.

Not long after the 2012 race, Kennedy battled with factions within the local Democratic Party, some still smarting from his 2010 race.

Amid considerable party infighting, Kennedy made his choices, siding with one faction that included controversial former county party boss Steve Pigeon, now facing prison time in separate corruption scandals. He pumped nearly $100,000 into a Pigeon-controlled campaign fund. It was a move that could have cut short his rising career.

“Every election is different and this was a time … when the party leadership and I were not seeing eye to eye, even though I was a staunch Democrat who carried the flag in our community. There were leaders in the party doing anything and everything to try to kill me politically,’’ he recalled.

Kennedy won that 2014 rematch with Grant by 22 points. This year, he faced token opposition and got 78 percent of the primary vote. Given his past contests, though, he took nothing for granted and by the campaign’s end he was spending $10,000 a day to defeat Democrat Shaqurah G. Zachery. 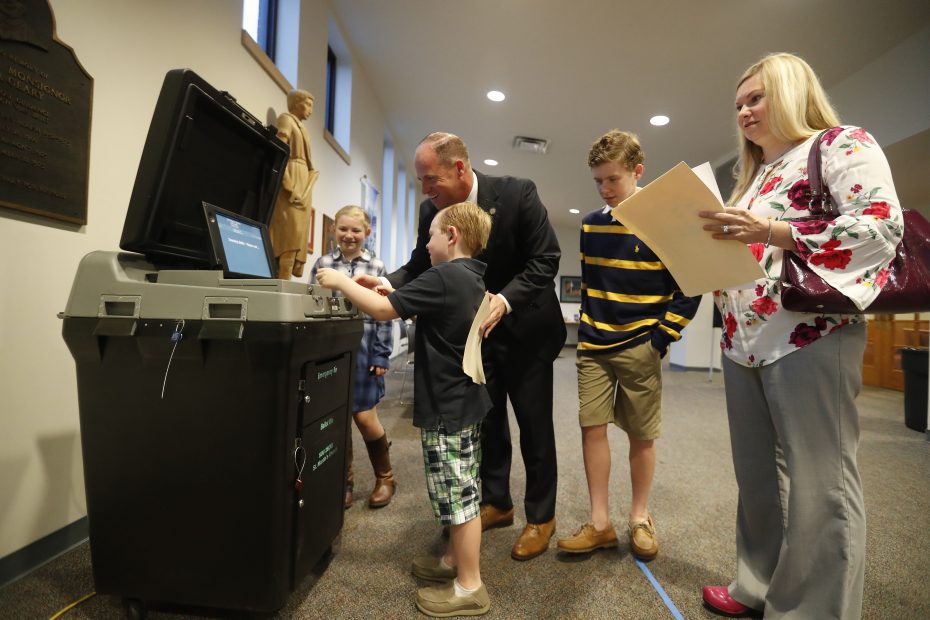 The 42-year-old Democrat faced some key hurdles after officials in Albany in 2012 re-drew his district boundary lines to make it less suburban and far more urban-centric, including East Side minority neighborhoods he had never represented. Kennedy got to work, they said, walking the streets, attending church services and listening to complaints from residents who felt ignored by Albany.

Grant, in an interview last week, called him a “hard worker” and said that she looks forward to Kennedy and the Democrats being in control of the Senate.

“I think that in 2012 he learned a lesson that he had to work and be engaged and represent all people, and I think he’s done that," she said.

“He’s been very inclusive in what he’s doing in our communities,’’ said Rev. Mark Blue, a Lackawanna pastor and president of the NAACP Buffalo branch.

“He doesn’t just come and visit a church during the political season when he’s running," Blue said. "He comes throughout the year and stays for the full service. It’s not just a photo op. He’s more regular than some of the church members.’’

Kennedy has been no stranger to fights. He was sharply criticized by Bishop Richard J. Malone of the Catholic Diocese of Buffalo when he switched positions in 2014 and supported abortion rights.

His backing of a state reproductive health bill, in the face of his bishop’s opposition, was grounded in a belief that “people will die because of lack of health care” if Roe v. Wade is ever overturned at the federal level.

“I vote my district, and I believe I represent my district well,’’ Kennedy said.

Kennedy has two sons and one daughter from 7 to 13 years old. They all play hockey, and all three are in Buffalo public schools.

Kennedy’s home now is less than a mile from where he grew up. The family goes on Disney cruises, and visits Katie Kennedy’s family in Cincinnati every Easter. He considers his father his hero. He has dropped considerable weight and works out regularly.

He stopped drinking some years ago for Lent, and never re-started.

Kennedy’s parents were not overly political, but they were heavily involved in the affairs of South Buffalo, where Kennedy learned the benefits of a close-knit community and, in his case, a large family that relied on each other.

Kennedy takes his Irish roots to heart. He’s just back from a trip to Ireland, and he’s had a host of endeavors to try to link Buffalo with communities in Ireland. He talks of luring Aer Lingus to Buffalo for nonstop flights to Dublin.

Chris Brown, a Clarence resident, has known Kennedy since St. Martin’s Elementary School. Brown recalls moving out of the area in 2005 for several years.

When he’d travel back home to visit, he said, Kennedy always took him for a drive to show him new things popping up in the area.

"Being from a kind of blue collar neighborhood, a lot of his time younger in life was pretty humble," Brown said. "I think that plays a big role for him."

Kennedy said two challenging events especially stand out in his life. In 2000, he was laid off from an occupational therapy job a year after graduation.

“That was the most difficult personal point in my life. There was a very strong sense of vulnerability and hopelessness,’’ he said.

But the experience has helped him understand constituent problems.

In 2007, his daughter, Brigid Nicole, was born, but died 4 minutes after birth due to a health ailment.

“It’s driven me,’’ he said of the family crisis.

Kennedy has pushed various causes, from local economic development to pushing an effort to stiffen penalties against serial child abusers. But Kennedy has seen only seven Senate bills on which he was the prime sponsor get signed into law by the governor.

That’s how Albany works for lawmakers in the minority, who either don’t get bills passed or often have to let those in the majority sponsor a bill and get the credit. That's what happened with a measure he co-sponsored – after his daughter died – requiring the issuance of certificates of stillbirth in order to give families who lose a child at birth some level of closure.

With Kennedy now in the majority, all eyes will be on him and whether he can step up to represent not just his district but a much broader area.

His friends and family say Kennedy’s South Buffalo upbringing and drive will serve him well.

“Timmy wasn’t handed anything. Everything he has he’s earned,’’ Higgins said.