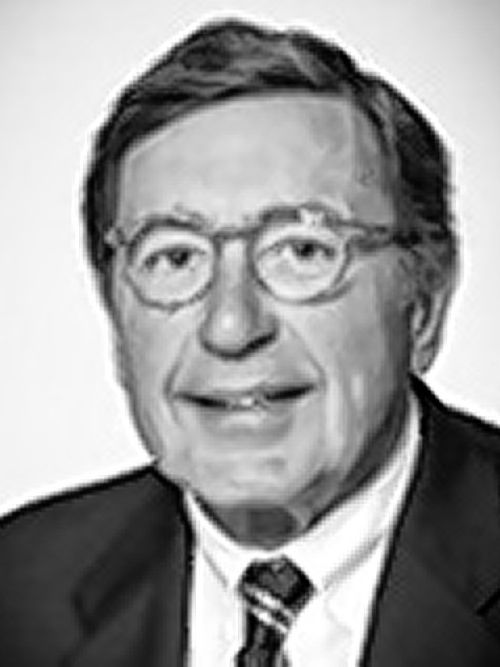 COPPOLA - Ralph Anthony December 28, 2018, age 70. Beloved husband of 49 years to Suzanne M. (nee McMahon) Coppola; loving father of Joseph (Carolyn) Coppola, Marcy Coppola, Lori (Michael) Walter and Daniel (Jennifer) Coppola; cherished grandfather of Ryan, Carly, Gracie, Lily, Brady, Tess and Jackson; also survived by sisters, brothers, nieces, nephews and dear friends. There will be no prior visitation. Arrangements by the AMIGONE FUNERAL HOME, INC. A Mass of Christian Burial will be celebrated on Thursday from St. Michael's Church, 651 Washington Street, Buffalo at 2 PM. Family and friends are asked to please assemble at the church. Ralph was born and raised in Orchard Park, NY, and graduated from Canisius High School in 1966 where he was a member of the basketball and baseball teams and, most recently, served on the Board of Trustees. He received a degree in accounting at Canisius College in 1970 and his law degree from University of Buffalo in 1974. Ralph was an entrepreneur, starting ICE, Inc., a coin operated arcade game company known for the Super Chexx Bubble Hockey game, in 1982. His strong determination and work ethic paid off, and 36 years later, ICE has invented and developed over 150 different arcade games, selling worldwide, out of their factory in Clarence, NY. Canisius High School, and its strong Jesuit influence, was a guiding force in Ralph's life. This was evident in the example he set for his children and grandchildren. Ralph was known for his quiet philanthropy and generosity. This was often on display through the many local charity events auctioning the Bubble Hockey game for their fundraisers, including Make a Wish, American Heart Association and at the local schools, Canisius High School, Nardin Academy, Nichols, Nativity of our Lord and more. Ralph's greatest treasure was spending time with his wife, Suzanne, family and friends whether at their place in Siesta Key, Florida, on the golf course, or just being at home in Orchard Park. Ralph was an avid golfer at Crag Burn Country Club, Orchard Park Country Club and Gator Creek in Sarasota, FL. Known for his "speed golf", the faster the play, the better the day for Ralph. As the patriarch of the family, Ralph put family first in every decision he made and everything he did. He enjoyed gathering the family together at various locations each year, creating lasting memories we can always cherish. Ralph was passionate about his family and his friends. He was always sharing stories and laughs at 7-11, Tim Hortons, Eckl's, or wherever he was. Ralph will be remembered as a honorable gentleman, with a kind soul, and generous heart. If desired, memorials may be made to the Ralph Coppola Scholarship Fund c/o Canisius High School. Share condolences at www.AMIGONE.com.