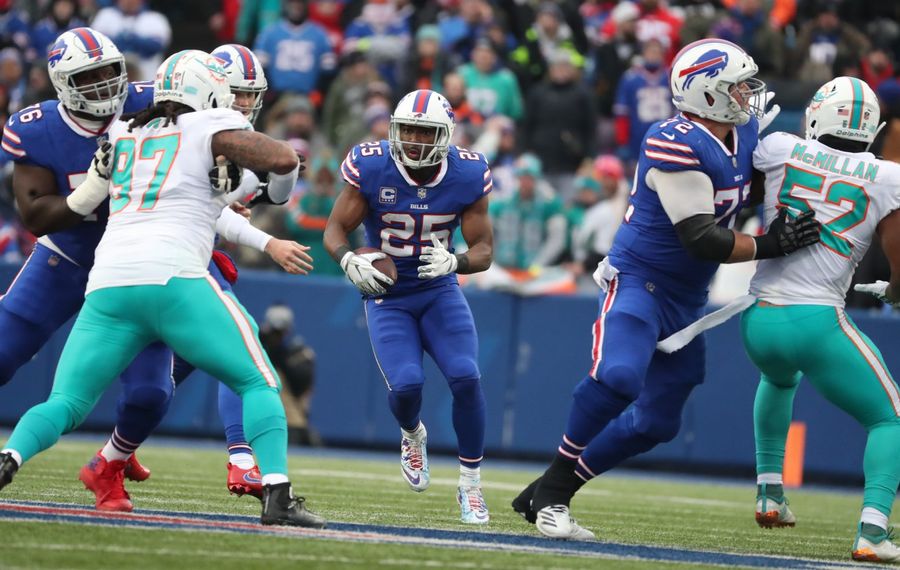 The Buffalo Bills’ front office and coaching staff has been consistent – LeSean McCoy is part of the plan for 2019. General Manager Brandon Beane confirmed that again Monday.

“You saw some plays he still made yesterday. I think if we can improve in other areas, that will help LeSean,” Beane said. “Early in the year, our pass game was not very good. You could see it. Teams were focused on, ‘Alright, if we stop 25, this team isn’t going to go far.’ While we did improve our pass game, our run game stayed stagnant for a lot of the year. Again, LeSean will come back in 2019 and we’ll go from there.”

McCoy had 161 carries for 514 yards and three touchdowns this season – the lowest yardage of his career.

“I just think overall, LeSean had one of those years. It’s not on him solely, it’s on us as an offense,” McDermott said. “We were out of sync at times, out of rhythm, maybe, overall. It was just too inconsistent. In particular, yesterday, you saw some of the flashes of the old LeSean: in space, with the moves, playing at a high level. Just overall couldn’t get him at a high level enough.”

McDermott said he had a “flash meeting” with the team’s training staff, but that it was “a little bit premature” to know which players might need any type of offseason surgery.

McDermott said there has not been any decisions made about possible changes to his coaching staff.

“Right now, we’re going through my evaluations of us, and that includes our staff,” he said. General Manager Brandon Beane “and I will then sit down and go through our roster as well as we go through the rest of the week here.”

That brings the roster total to 48 players signed for 2019. The offseason limit is 90.