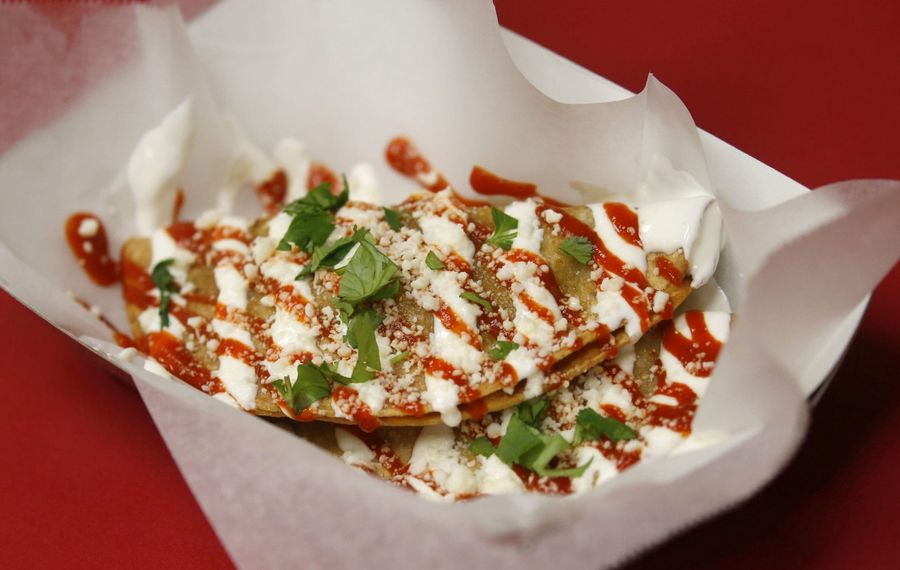 Root claims his tacos aren't fancy and align with taco stands of his “left coast.” The menu is brief, but loaded with great choices. Tacos (served corn or flour) start at $3.50 each. A torta (think Mexican sandwich) with the same proteins is $10.

The interior is artistic with funky wall art and great music. LCT only has two booths. Take-out is the norm. We ate both ways.

On a dine-in visit, we had the California burrito ($9) special and a two taco lunch special with chips, queso and a drink ($10). (LCT offers divine, fruity Jarritos Mexican sodas.)

The big California burrito was a revelation and a meal rolled into one. Flavorful chicken was chopped and rolled up with pico de gallo (chopped tomato, onion, cilantro) Cotija cheese, crema and French fries. Apparently a San Diego staple, we say it's another blow to the poor Chargers who moved to L.A. because it's that good.

Tender spicy carnitas tacos were easy to eat as LCT doubles up corn tortillas, which can get soggy. The outer tortilla is grilled, giving it stability, while the inner stays soft. Fresh thin chips were ideal for the creamy, spicy queso.

Our to-go order was scrumptious. In fact, taco-averse senior citizens lapped up the LCT with a “this is really good” seal of approval. (The Niece plans to lobby for a Hamburg location.)

The El Wedo was a basic, but solid, seasoned ground beef taco with lettuce, pico, crema and cheddar cheese.

Death Tacos came folded and fried. Topped with pico and cheese, the spicy hot braised pork and creamy melted cheese inside was juicy. Root's recipe is from a childhood friend’s mom and named for a youthful car wreck incident that blamed said tacos. 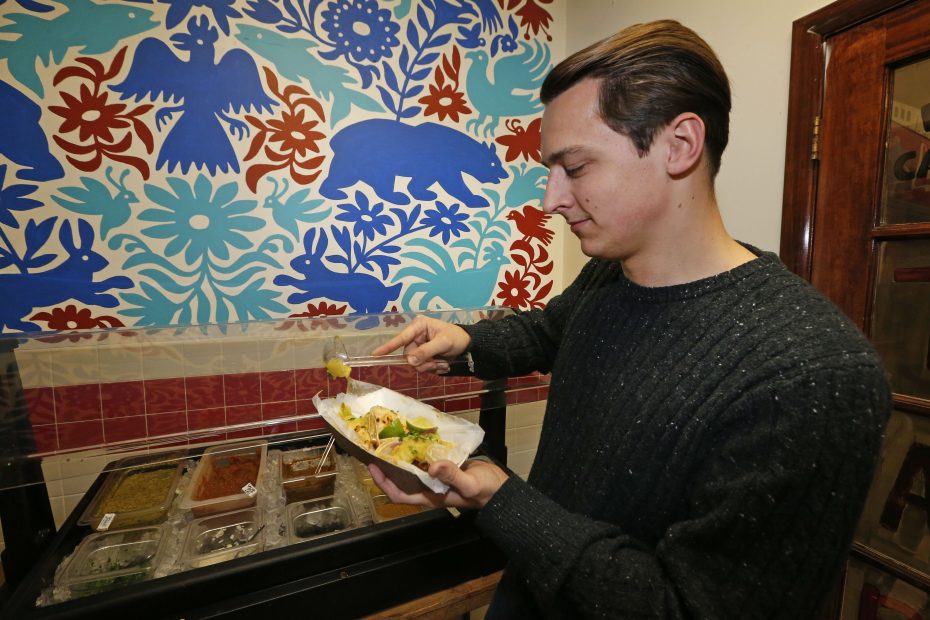 Did we mention the salsa bar? Salsas take tacos to another level. A deep green, tomatillo salsa verde was piquant. Salsa rosa (tomato) comes medium or hot. Chipotle lime and jalapeno pineapple round out choices. Fresh onions, cilantro, pickled onion, jalapenos, carrots and limes wedges are available to dress up your fare.

How good is LCT? A busy holiday FedEx driver went out of his way to rave about LCT while waiting for his take out. We are right behind him.

Wheelchair-accessible: Yes, but only two booths.