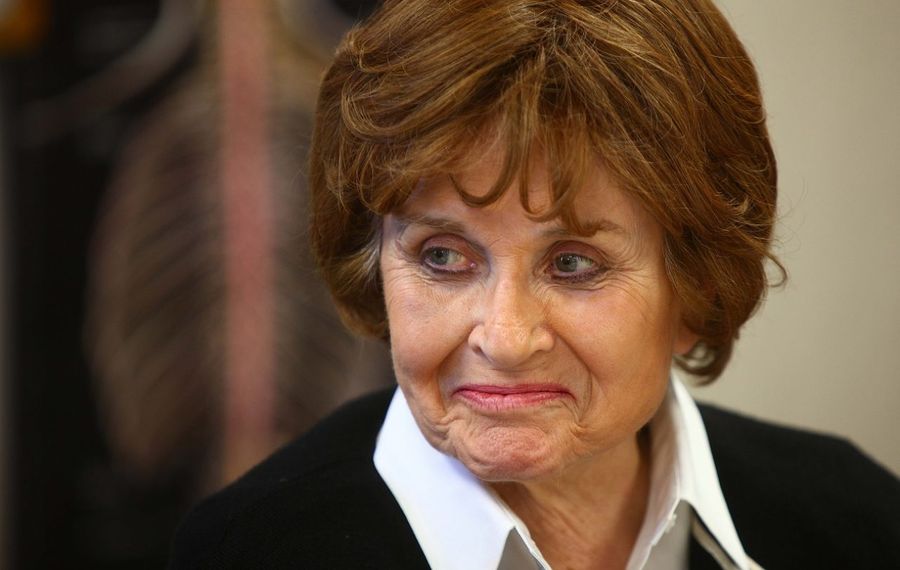 WASHINGTON – In death as in life, the late Rep. Louise M. Slaughter can't seem to get much respect from her longtime congressional colleague, Rep. Chris Collins.

Proof came shortly before the House adjourned earlier this month, when 375 members of the 435-member House voted to name the post office in Fairport, where Slaughter and her late husband lived, "the Louise and Bob Slaughter Post Office."

Collins was among 49 lawmakers who sat out that vote. He was the only member of New York's congressional delegation to refuse to co-sponsor the bill renaming that post office after the Slaughters.

Asked for comment, Collins spokeswoman Natalie Baldassarre said: "We have no comment on this. There's enough on the record already."

Slaughter and Collins didn't see eye to eye on much. She was a liberal Democrat who pushed into law a measure banning insider stock trading among members of Congress. He is a conservative Republican who was arrested in connection with an alleged insider stock trading scheme in August, five months after Slaughter died at the age of 88.

The two polar opposites weren't exactly shy about sharing their antipathy for each other, either.

After the Office of Congressional Ethics said in an October 2017 report that Collins may have engaged in a form of insider trading, Slaughter said: "It is a disgrace to Congress and to his constituents, who deserve better.”

In response, Collins repeated a mantra regarding Slaughter that he first coined on a Rochester-area radio show a few months earlier.

"She's a despicable human being," Collins, of Clarence, said.

Most notably, Slaughter wrote to those agencies after a June 2017 Buffalo News story about unusual stock trading activity involving Innate Immunotherapeutics, the Australian biotech firm in which Collins and his family had heavily invested.

That story indicated that insiders may have been dumping Innate stock before the company announced bad news that made the stock price crash. And 14 months later, prosecutors in New York charged Collins with tipping off his son about that bad news, unleashing a series of insider stock trades.

Collins, his son Cameron and Stephen Zarsky, Cameron's future father-in-law, all pleaded not guilty to felony fraud and conspiracy charges and are set to stand trial in February 2020.

Collins narrowly won re-election in New York's 27th Congressional District in November. And while he didn't support naming the Fairport post office after the Slaughters, he clearly doesn't object to renaming post offices as a matter of principle.

Last week he announced the passage of a bill he sponsored to name the post office in Dansville after the late Air Force Staff Sgt. Alexandria Gleason-Morrow, who died while on duty in Jordan last year.

The man elected in November to fill Slaughter's seat – Rep. Joe Morelle, a Democrat from Irondequoit – introduced the bill to name the Fairport post office after the Slaughters.

Morelle will have to reintroduce the bill next year. That's because the Senate didn't get around to passing it before adjourning for the year.

But both houses of Congress are expected to pass the measure next year. Renaming post offices is one of the most routine tasks Congress faces. And besides, Morelle noted, Slaughter was widely admired by her colleagues.

“I’m grateful to my colleagues in the New York delegation who have joined me in co-sponsoring this legislation," Morelle said. "Its widespread, bipartisan support is a testament to the profound impact Louise Slaughter has had on us all – and will have for years to come.”