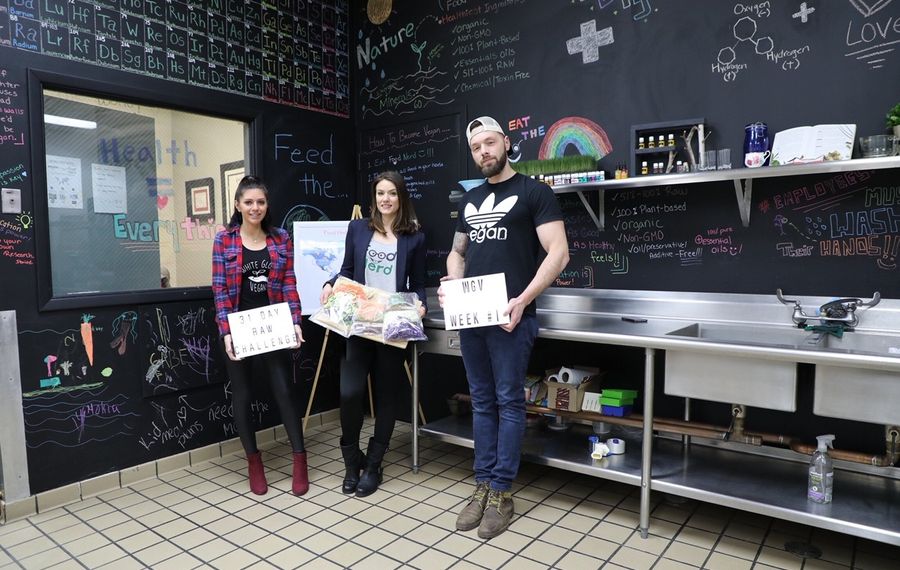 Think of what Alex Miller and Brittany Kruse are doing next month as the opposite of "Super Size Me."

In that 2004 film, Morgan Spurlock tracked the deterioration of his health as he ate breakfast, lunch and dinner at McDonald's every day for an entire month.

Miller and Kruse, on the other hand, will eat nothing but raw food for the month of January.

The West Seneca couple already follows a strict vegan diet, meaning no meat or dairy products. But starting Tuesday they only will eat raw fruits, vegetables and grains – nothing processed or cooked above 115 degrees.

Miller and Kruse are inviting their 17,000 followers on social media to keep tabs on them throughout this experiment. And they are taking before and after pictures and measurements of their bodies, blood screenings and tests of the microbes in their stomachs.

"We're documenting everything very thoroughly," Kruse said in an interview with her boyfriend, Miller. "We're really going all out with this."

Miller and Kruse have followed a strict vegan diet since May 2017, days after Miller, now 34, discovered he had a 99 percent blockage in one artery. His doctor recommended he give up meat, cheese and similar foods for his health, and Kruse, 28, went along to support Miller.

The pair eats fruits and vegetables, meat and dairy substitutes such as almond milk, beans, brown rice and other healthy options. They started a website, White Gloved Vegan, to share their story and they have 16,000 Instagram followers and 1,000 Facebook followers.

Miller and Kruse agreed to try out a menu choreographed by Cryan for an entire month and let their social media fans tag along.

"We want to do right by the people who follow along with us," Miller said. 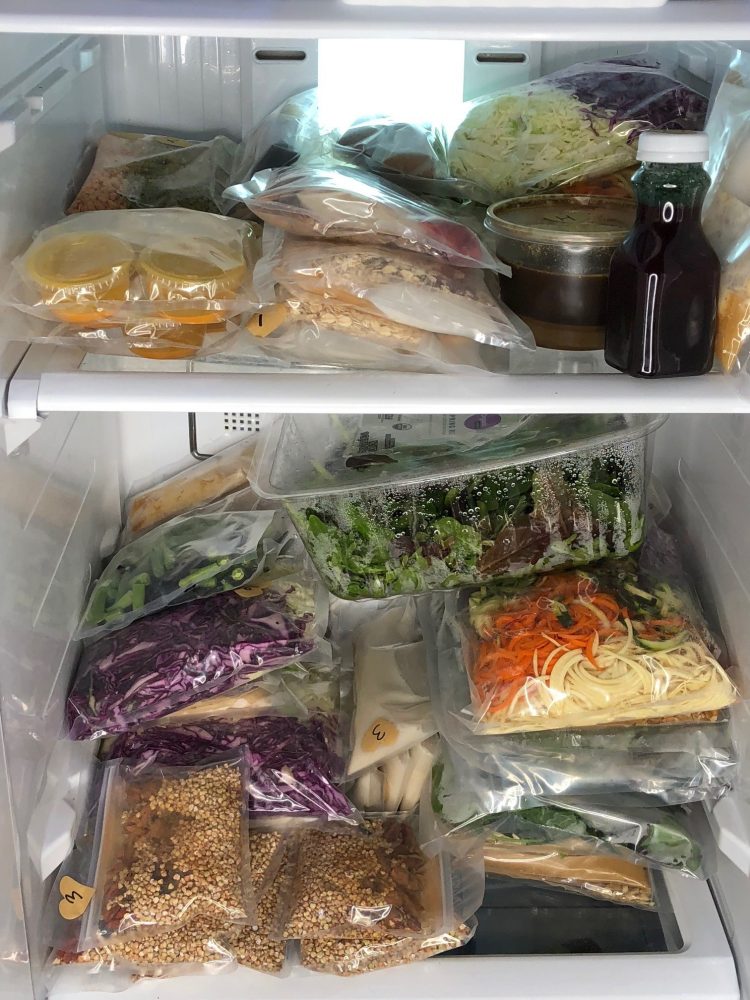 The couple has a refrigerator filled with items for the first days of their trial, which begins Tuesday morning. The list for the first week includes sprouted buckwheat hazelnut cereal for breakfast, apricot slaw salad for lunch and rainbow pad thai for dinner.

Miller, whose servings are twice the size of Kruse's, said the toughest part will be giving up coffee. They're also eschewing beer, wine and other alcohol for the month.

At the end, the two will go to New York City and undergo body painting by artist Trina Merry.

As a last-hurrah meal Monday, the couple will indulge in vegan-friendly "Impossible burgers," Korean fried cauliflower and other soon-to-be-prohibited items at the Cheesecake Factory, Kruse said.