The biggest news stories of 2018 show how community watchdogs and advocates can protect the public interest. From unwrapping clergy sex abuse in the Catholic Diocese of Buffalo to ghastly nursing home shortcomings and Tonawanda Coke violations, whistleblowers, journalists and others exposed wrongdoing and pressed for action.

Plenty of political corruption, transgressions and accusations marked the year, too, including the indictment and re-election of Rep. Chris Collins, the convictions against Buffalo Billion players and the shake-up at the Erie County Water Authority.

And finally, local sports fans had something to cheer about – not just for one team, but for several at the professional and collegiate levels. The Bills made the playoffs and other teams surprised and excited us with their winning ways and new talent.

As selected by News reporters and editors, here are The Buffalo News' top 10 local stories for 2018.

A retired Catholic priest’s admission to The Buffalo News in February that he had molested dozens of boys and the leak of internal diocese documents to WKBW set in motion the unraveling of decades of horrific clergy sexual abuse in the Buffalo Diocese that previously had been kept secret. After years of downplaying clergy sexual abuse, diocese officials acknowledged they knew of allegations against 176 priests who served in the diocese.

So far, 78 of those priests have been identified as having been credibly accused and 18 others were removed from ministry while the diocese investigates claims against them.

The scandal has rocked the diocese, with calls for Bishop Richard J. Malone to resign. The state Attorney General’s Office launched a civil investigation into eight Catholic dioceses across the state, with a focus on the Buffalo Diocese; and federal authorities issued two subpoenas for diocese records and have interviewed dozens of abuse victims and potential witnesses regarding the diocese’s handling of sex abuse cases.

The diocese is bracing for lawsuits and trying to make amends with abuse victims by offering cash awards, ranging from $10,000 to $650,000.

When Democrats in the 27th Congressional District nominated Grand Island Supervisor Nate McMurray to challenge Republican incumbent Chris Collins last spring, nobody expected a close race in New York State’s most Republican district. But that was before a federal grand jury in Manhattan indicted Collins for insider trading on Aug. 8 – changing everything.

At first, Collins said he would “suspend” his campaign, signaling the end to his six-year congressional career and allowing GOP leaders to pick a substitute candidate. Then in September, Collins reactivated his campaign after claiming party leaders in the eight-county district could not promise that their substitute candidate could survive the legal challenges promised by Democrats – not to mention the objections of the congressman’s defense attorneys.

McMurray launched an energized campaign against an indicted incumbent and continued climbing in the polls as Collins avoided debates. Though he conceded on Election Night, McMurray changed his mind, only to finally acknowledge his defeat on Nov. 26 by approximately 1,000 votes. 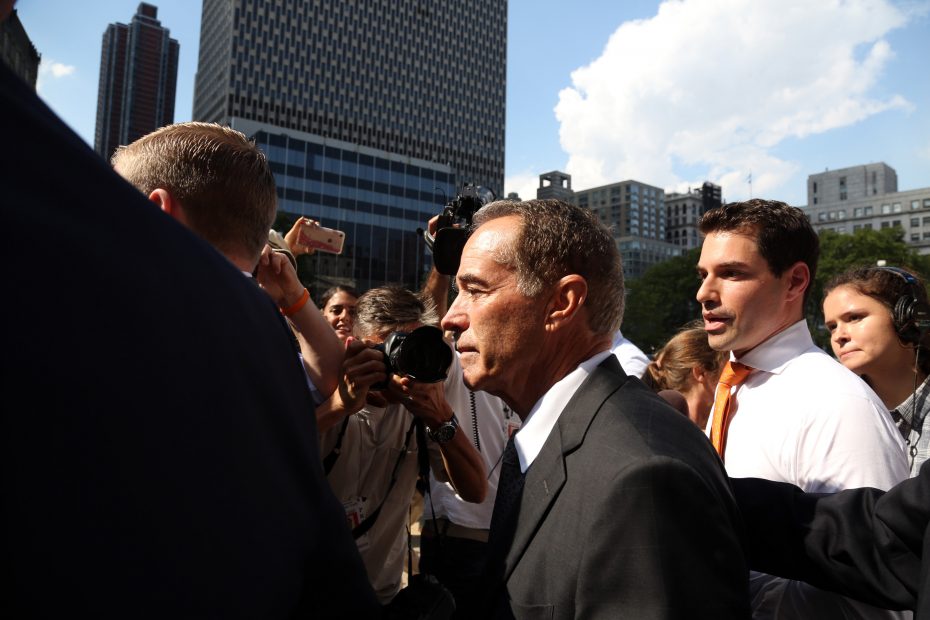 3. An inside look at the ugly reality of bad nursing homes

A watchdog project by The Buffalo News revealed ugly truths about many of the region's lowest ranked nursing homes, recounting grim stories of patients suffering permanent injuries or dying from neglect and improper treatment.

Sixteen nursing homes in Erie and Niagara counties had been purchased by out-of-town, for-profit investors in the past 11 years, and most had the federal government's lowest ratings. Vulnerable residents living at many of these facilities were less likely to receive quality care compared to residents in most locally owned facilities, and they were frequently cited and fined for health care violations, The Buffalo News found.

New York State placed operation of one of the nursing homes, Emerald South Nursing and Rehabilitation Center in Buffalo, under a receiver a week after The News published its story about that home. That nursing home is now shutting down. The ongoing series has struck a nerve, with many families coming forward to share their stories of subpar care in nursing homes in the region.

Buffalo's leading developer – the man whose company built the huge RiverBend building that houses a Tesla plant – stood before a federal judge in December and learned he would go to prison for two years and four months. He must also pay a $500,000 fine.

Louis P. Ciminelli was convicted in July on felony fraud and conspiracy charges for his role in a bid-rigging scheme that made sure the politically connected Buffalo builder would get the RiverBend job. His sentence is suspended while he appeals his case.

Ciminelli's trial and sentencing proved to be as dramatic as his arrest two years ago. Witnesses spelled out how Alain Kaloyeros – the former head of SUNY Polytechnic Institute and the man charged with allocating Gov. Andrew M. Cuomo's "Buffalo Billion" – drew up bid specifications to favor Ciminelli, a top Cuomo contributor.

Kaloyeros was separately fined and sentenced to 3½ years in prison. He also remains free pending appeal.

5. Sports fandemonium – where do we begin

It was a year of revival and hope for Buffalo sports.

The Bills played their first playoff game since January 2000, officially burying the drought. Fans grateful to the Cincinnati Bengals for helping the Bills get there donated more than $415,000 to the foundation of that team's quarterback. Despite the disappointing 2018 season, fans were energized by the promise of rookie quarterback Josh Allen, the team’s first-round draft pick.

On the hockey side, the Sabres won the NHL’s first overall draft choice, selected Swedish defenseman Rasmus Dahlin, acquired some new players and rocketed to the top of the standings early in the 2018-19 season, stirring hopes of their own playoff run.

And let's not forget the University at Buffalo. UB's men’s and women’s basketball teams made the NCAA tournament last March and pulled off major upsets. The women’s team finished the season with its first-ever top-25 ranking. Their new seasons started strong, with the men's team also cracking the top 25. Meanwhile, the UB football team played in the conference title game and secured a bowl bid amid a standout year. 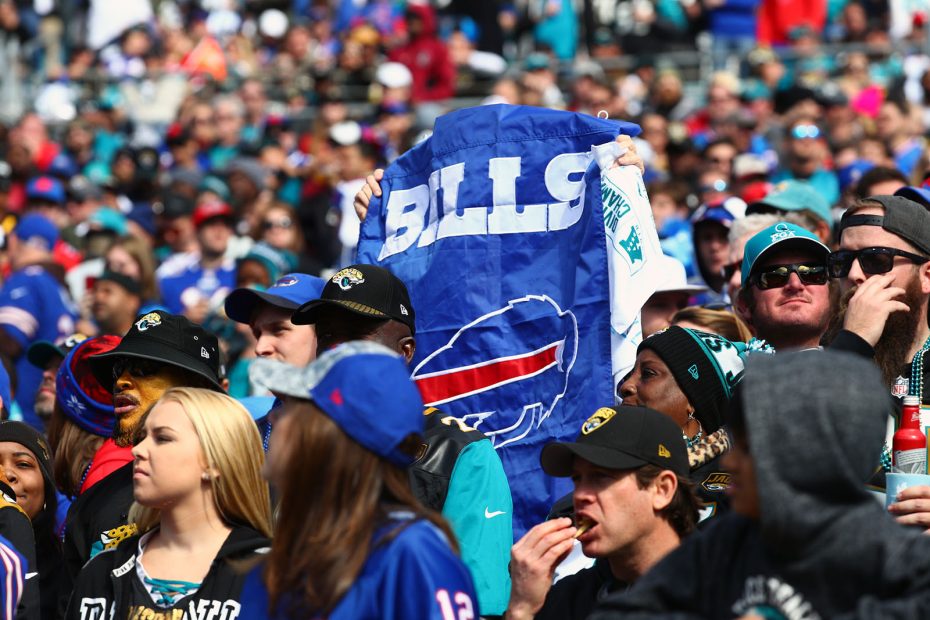 The century-old River Road facility pushed its last steaming batch of foundry coke from its ovens in mid-October. It happened four years after Tonawanda Coke’s environmental controls manager went to jail and the company was ordered to pay $25 million in penalties in what was then the nation’s second criminal prosecution for environmental crimes.

The shutdown was hailed by local environmental groups and neighbors who fought Tonawanda Coke tooth-and-nail for more than a decade over its emissions.

The death knell for the company started tolling in January when a tunnel to the operation’s waste heat stack collapsed. That led to violations of federal clean air laws throughout the spring and summer, threats of permit revocations from the state Department of Environmental Conservation and a federal conviction for probation violations.

Tonawanda Coke declared bankruptcy in October after failing to be able to obtain loans to pay for obligations imposed by the 2014 case.

The long saga of G. Steven Pigeon’s role in local and state Democratic politics appeared to end when the former county chairman offered guilty pleas to felony bribery charges in State Supreme Court in September and to making an illegal contribution to the campaign of Gov. Andrew M. Cuomo in U.S. District Court in October.

Pigeon could go to jail for as long as 16 months. Meanwhile, his guilty pleas spelled the end of more than 30 years of political activity and associations with top names like Bill and Hillary Clinton, Cuomo and a host of local Democrats.

Local fallout from the #MeToo movement was evident in reports of improper sexual conduct by former teachers at two of the region’s most prestigious and expensive private schools – Nichols School in Buffalo and Park School in Amherst.

Erie County District Attorney John J. Flynn said he was disgusted and outraged by the allegations, but it appears unlikely any of the former teachers will be prosecuted because of the state’s statute of limitations. Officials at both schools said they have instituted changes to prevent such incidents from happening again.

9. Secrecy and political deals catch up with the Water Authority

For more than a year The Buffalo News highlighted how the Erie County Water Authority gave its politically connected chairman the executive director job with a six-figure salary and golden parachute, provided good-paying jobs to others in return for heavy political donations and spent tens of thousands of dollars trying to go after an Investigative Post journalist for aggressive reporting. The state finally took notice.

Citing gross transparency and governance transgressions, the Authorities Budget Office issued a report censuring the authority board in June and recommending that all three commissioners be replaced. This prompted transparency reforms by the board and repeated, unsuccessful efforts by some county legislators to have the current Water Authority chairman, Jerome Schad, fired.

10. It was a violent summer

A 17-month-old toddler and his grandmother were killed and others were wounded when bullets sprayed a house in July. A mother of five was gunned down in her car in August, in front of three young children.

Those were just two of the terrible stories of Buffalo killings this past summer. Homicides were higher through July 31 than in any other year at least since 2007, The Buffalo News found. Though a spike in summer violence is not unusual, this year's shootings seemed particularly brazen, with multiple people shot at the same time, sometimes in the middle of the day. And the victims included children and women.

City leaders met with federal law enforcement officials to address the issues, and the community renewed calls to find ways to get guns off the streets.