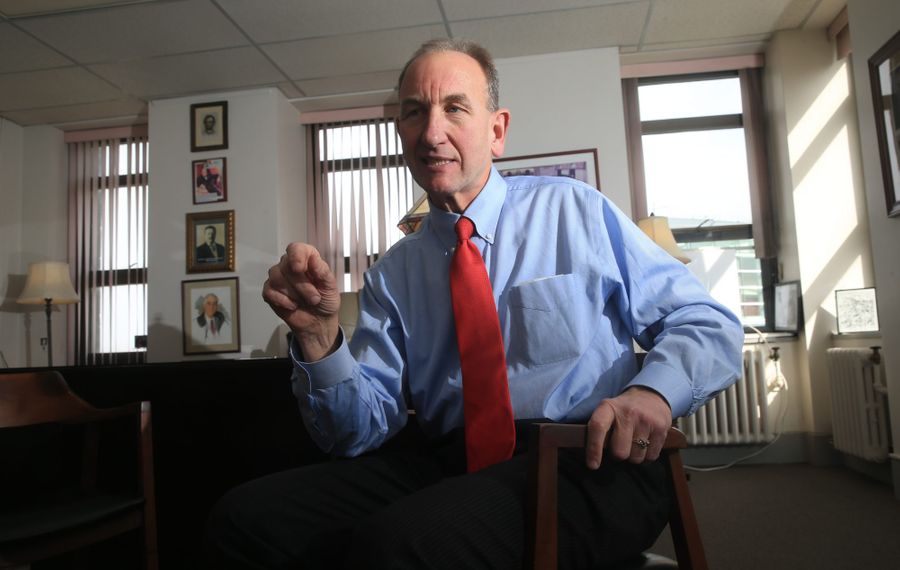 The Democrat on Friday informed staffers in the Comptroller's Office of his plans, Patrick Curry, a senior aide, confirmed.

Schroeder has clashed repeatedly with Mayor Byron W. Brown over budgetary matters and unsuccessfully challenged Brown for re-election a year ago. So his appointment to a post in the administration of Gov. Andrew M. Cuomo, a close Brown ally, removes a major irritant for the mayor.

Schroeder is a former Erie County legislator and Assembly member who has served as the city's top fiscal watchdog since January 2012. His current term as comptroller ends Dec. 31, 2019.

"It's my understanding he's leaving sooner than that," said Curry, who was not at the meeting at which Schroeder announced his departure but has been in contact with the comptroller and is aware of his plans. Schroeder did not respond to messages seeking comment Sunday.

Within 90 days of Schroeder's resignation, the Common Council must select a replacement, who will serve through the end of Schroeder's term. The position is on the ballot for a full, four-year term in November 2019.

Schroeder touted his private sector experience when first running for county Legislature in 2001. The South Buffalo native, now 63, served three years in the Legislature before winning election to the state Assembly in 2004.

He served seven years in Albany, where he drew the ire of then-Assembly Speaker Sheldon Silver for his willingness to challenge Silver's leadership.

Schroeder ran unopposed for city comptroller in 2011 when Democratic and Republican contenders alike withdrew from the race.

During his time in city office, he has regularly challenged Brown, his fellow Democrat, on fiscal issues. He called for the troubled Buffalo Municipal Housing Authority to pay for an outside audit of its finances, only to agree that his office would conduct the audit.

He also has criticized Brown for everything from how the mayor proposes paying for emergency demolitions to an annual picnic for senior citizens that the mayor sponsors.

In a November meeting with The Buffalo News Editorial Board, Brown unloaded on Schroeder, accusing the comptroller of "sour grapes" because he hasn't gotten over losing to Brown in the 2017 Democratic primary. Curry, in response, accused Brown of recruiting a challenger for Schroeder in the 2019 election.

Brown unloads on critics, cites city's progress: 'I am the CEO of the city'

Brown was Cuomo's hand-picked selection as chair of the state Democratic Committee.

"The mayor has no knowledge and has no comment," Brown spokesman Michael DeGeorge said Sunday when asked about Schroeder's impending job switch.

Jason Conwall, a spokesman for the governor, declined comment beyond saying in an email that "administration appointments will be made in the coming days."

Council President Darius G. Pridgen said he heard rumors of Schroeder's departure but still was surprised by the news.

"I think he's been a conscientious comptroller," Pridgen said. "I have no complaints about his service to the public."

Schroeder earned $84,920 as comptroller in 2018, according to the SeeThroughNY database of public salaries. His appointment as DMV commissioner is subject to state Senate approval.

There is no current commissioner of the department, with Theresa L. Egan serving as executive deputy commissioner. The last commissioner, Barbara J. Fiala, who left at the end of 2014, earned $120,800 that year, SeeThroughNY reported.