Buffalo looked very different during the War of 1812.

But on Dec. 30, 1813, the burgeoning communities would be burned to the ground by British troops accompanied by their Native American allies.

When American forces burned the Village of Newark (now Niagara-on-the-Lake, Ont.) on Dec. 10, 1813, many people were left homeless during the grip of winter. To get revenge, British forces attacked Fort Niagara on Dec. 19 and set fire to Youngstown.

Not fully quenched, the British crossed the Niagara River in the early hours of Dec. 30 and set fire to the Village of Black Rock. As news of the Black Rock fires spread, people in Buffalo quickly gathered their belongings and fled to neighboring towns. Those that didn't escape were tomahawked and scalped in the Battle of Buffalo.

After the battle, three buildings in Buffalo remained. Many of the hundreds of refugees didn’t return until spring to rebuild.

“It was an event that touched everybody who was here on the Niagara Frontier back then,” Erie County Historian Douglas Kohler said for a 2013 Buffalo News article. 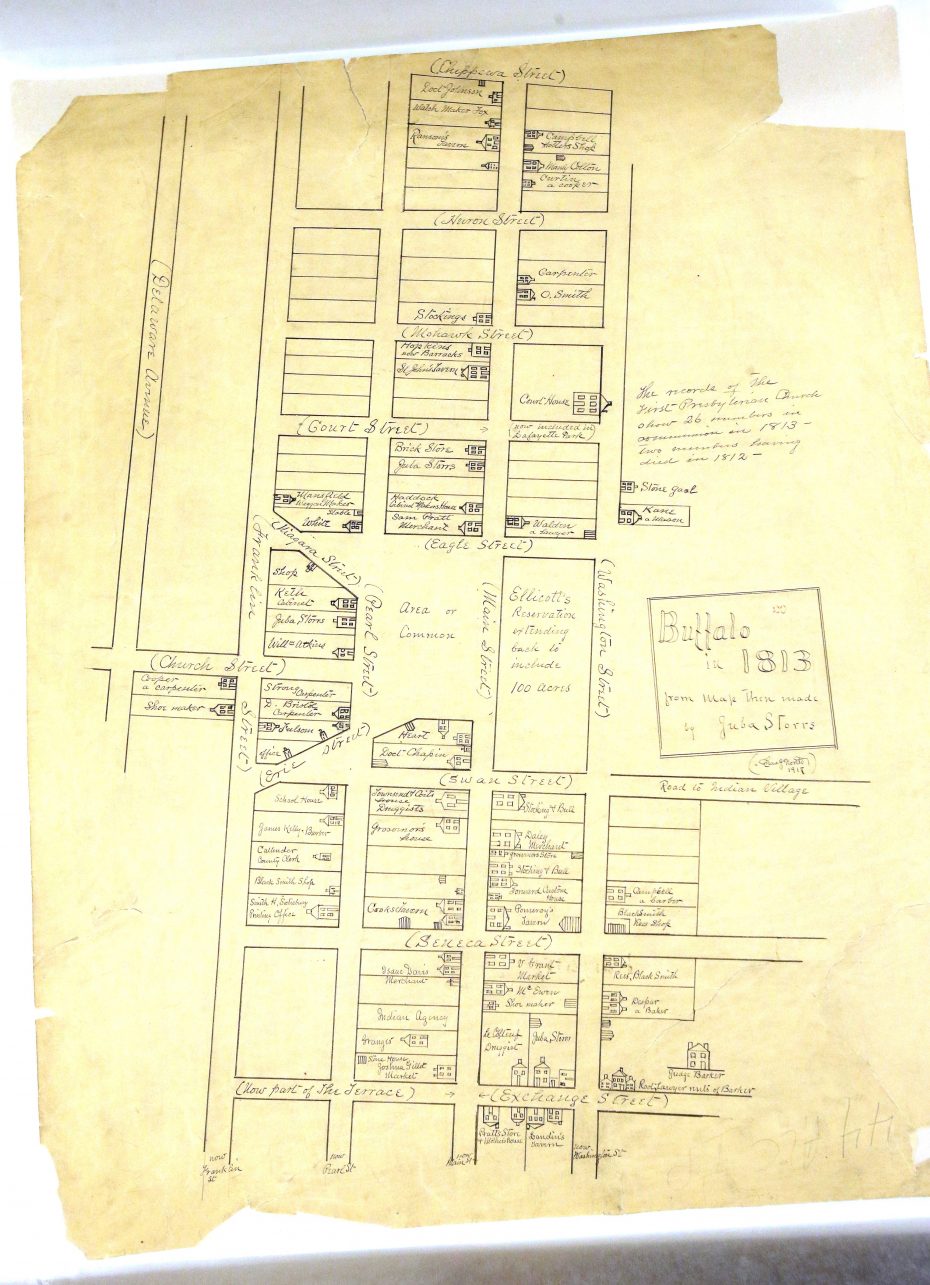 An 1813 map of Buffalo which was recently restored and returned to the Buffalo and Erie County Public Library on Tuesday, Aug. 6, 2013. (Robert Kirkham/News file photo)

The bicentennial of the burning of Buffalo and Black Rock was acknowledged in 2013 with several local events, including a bonfire on Squaw Island to mark the burning of the two villages.

The Buffalo of Yesteryear: When Black Rock was a village, not a neighborhood