One of the gifts of this job is the chance to meet people each day who are living out unforgettable stories in Buffalo, and the wider region.

Every December, after another year's worth of tales, I try to collect a few particularly emblematic quotes from the countless reflections – involving such elements as joy, hardship and passage – that I feel lucky to even hear.

Jan. 2: "You did not cry this hard when we had our daughter." – Ashley Miller to her Allegany-raised husband, Maj. Patrick Miller of the U.S. Army, as he wept in happiness in a video that exploded on Twitter after the Buffalo Bills made the National Football League playoffs for the first time in 17 years.

Jan. 7: "He was the one who raised me, the one who brought me to life." – South Buffalo’s John Phillips on the late Monsignor Nelson Baker; Phillips, one of the last Lackawanna orphans with living memory of "Father Baker," died in May at age 95.

Jan. 11: “Sometimes there's beauty in the breakdown of things." – Sara Heidinger, photographer and co-founder of the Undergrounds coffee shop, on why an Old First Ward “High Line” might succeed along overgrown, abandoned railroad tracks.

Jan. 27: "Don't let this crumble you. You have to rise up for him." – Owen Waring, 16, who rallied area teens to enter the Penguin Run after his brother Devin, a Canisius High School senior, died by suicide. 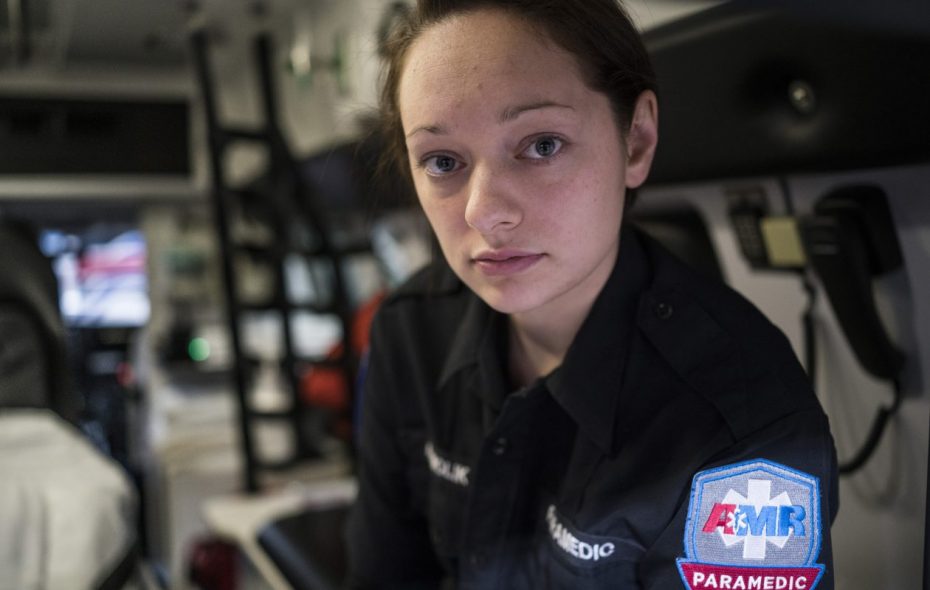 Feb. 3: "Same gentleman, the same bus shelter. You know what it is when you're going there." – Abigail Molik, 22, an American Medical Response paramedic, recalling an addict whose life she saved on two separate occasions using Narcan; in 2017, amid an epidemic of opioid abuse, AMR responded to more than 1,500 emergencies involving an overdose.

Feb. 13: "He opened up my world." – Kris Scharoun-DeForge of Syracuse, born with Down syndrome, of her husband, Paul. While their marriage of 25 years is believed to be one of the longest lasting in the nation for two people with Down syndrome, the couple's quest to stay together was challenged by Paul's symptoms of Alzheimer's disease.

Feb. 22: "Up until she turned 100, you could count on her.” – Lyle Merle's favorite line in needling his 104-year-old mother Florence, who still helps out on the Merle Maple Farm in Attica.

Feb. 28: "As soon as what he did to me was done, he got up and washed his hands." – Michael Whalen, the South Buffalo man whose public account of childhood sexual abuse by the Rev. Norbert Orsolits, a Catholic priest, led Orsolits to admit to abusing "probably dozens" of children, and to a year of cascading revelations within the Diocese of Buffalo.

Sean Kirst: From a year's worth of joy, tears and struggle, some quotes that resonate

March 13: "They didn't need to take his money. If they'd asked, he would have given them his money." – Debra Blanding, now of Atlanta, on longtime friend Upendra Bawa, owner of the Taste of Life in Buffalo, after a robber who beat Bawa to death pleaded guilty to manslaughter.

March 24: "It's the sounds, the rapids, the falls, the birds, the wind, so many natural sounds all happening at once." – Paul Gromosiak, legendary Niagara Falls historian, on why he loved Niagara. Gromosiak died in August from Parkinson's disease.

April 3: "What I'd always believed is that good could come from evil." – Samuel L. Woodard, a Howard University professor emeritus and a former educator in the Buffalo schools, speaking almost a half-century after Dr. Martin Luther King Jr.'s 1968 assassination in Memphis. Woodard played a key role in proposing a national holiday in King's honor.

April 7: "He just didn't believe anyone should need to pay to go home." – Paul McCarthy Jr. remembering his late father, an early warrior in the battle to get rid of state Thruway Authority toll booths at the Grand Island bridges. The booths disappeared this year; motorists, however, still pay through cashless tolling.

April 14 – “She knew I was there." – Robbie Hausmann, cellist with the Buffalo Philharmonic Orchestra, on performing the Kaddish at Auschwitz in memory of his great-grandmother, Toni Marcus, who died in the Nazi death camp.

May 3: “Yeah, baby. Viva Los Bills!” – Ezra Castro, also known as Pancho Billa, after Andre Reed and Fred Jackson brought him to the stage to call a pick for the Buffalo Bills at the NFL draft in Arlington, Texas. Castro, a beloved Bills fan, is being treated for cancer.

May 8: "You talked to him, and somehow what he knew about you was above and beyond. He could sense why people were hurting, and what they were hurting from.” – Gino Grasso of St. Luke’s Mission of Mercy in Buffalo, on the death of Norm Paolini, one of the founders.

May 15: "Michael, I can't believe it." – Josephine Robbins, 84, to Episcopal Presiding Bishop Michael Curry, after he was asked to offer the sermon at the royal wedding of Meghan Markle and Prince Harry. Curry's mother died while he was growing up in Buffalo, and Robbins helped care for him during his childhood.

May 21: “Hi, Friend. I am a visitor to Gloucester. I hope you will let me know if and when you find this. Cheers, Rita.” – A note West Seneca’s Rita Ganim stuffed into a bottle that she threw into the ocean near Gloucester, Mass. It was found nearly 18 years later by an 11-year-old in Nova Scotia.

June 21: "I said to him, 'Now you're one of us.' " – Kevan Busa, a leukemia transplant patient at the Roswell Park Comprehensive Cancer Institute, on what he told Dr. Philip McCarthy after the director of Roswell's blood and marrow transplant program learned he had mouth cancer. Busa formed a “Ride for Roswell” team to honor McCarthy, who is back at work.

July 12: "That bear knew where he wanted to go. … He's trying to get somewhere, and he gets caught in this tangle of civilization, and he's got no options.” – Oren Lyons, an Onondaga Nation faithkeeper who taught for 37 years at the University at Buffalo, on the wandering “Amherst bear” that was injured by a car in the suburbs and then shot by police.

July 21: "They tell me these stories. I have no clue." – Mark Maddox, a linebacker on the great Buffalo Bills teams of the 1990s, of memory loss that he believes is associated with chronic traumatic encephalopathy, or CTE, a condition caused by repeated violence to the brain. 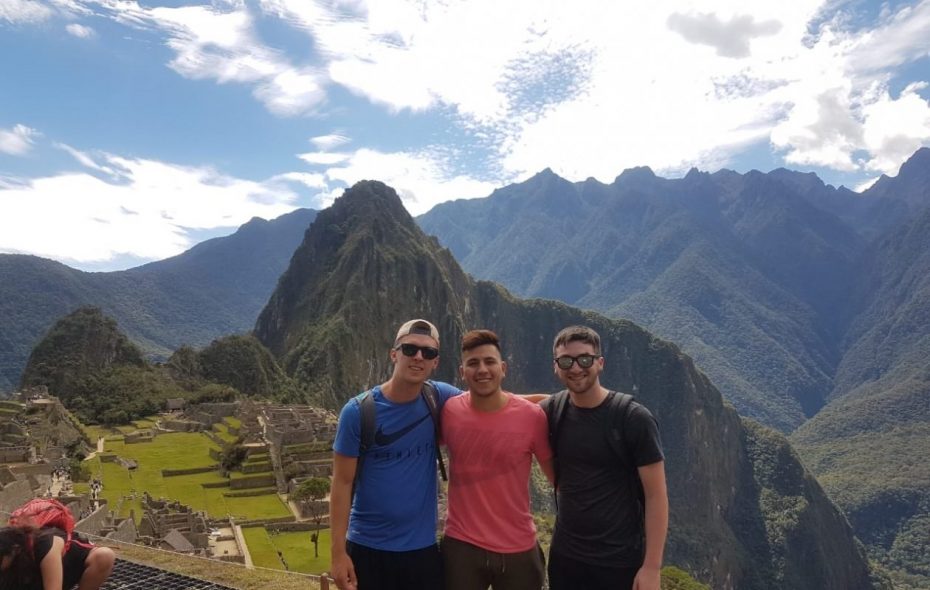 Aug. 14: “I now see it as the future backdrop for my first practice.” – Connor Lynskey, 18, in his admissions essay for Siena College, describing a rural area, needing medical care, that he hoped to serve as a physician. Lynskey was killed near Darien Lake after a Jason Aldean concert, when a woman later charged with driving while intoxicated in a separate incident allegedly hit him in the darkness, then left the scene.

Aug. 17: “I loved her in Buffalo because she was just Aretha Franklin." – Charlotte Blassingame Rushin, recalling a close childhood friendship with the Queen of Soul when Franklin's mother lived on Lyth Avenue in Buffalo. The death of the great vocalist touched off a global wave of mourning.

Oct. 6: “I spent so much time in prison, I thought I was born there.” – Valentino Dixon of Buffalo, released after 27 years for a murder he did not commit, during his first meeting beyond Attica with Mac and Roxanne Plummer, private investigators from Syracuse who never gave up on his case.

Oct. 12:  "You really want to do this?” – A surprised Amy Tice, assistant manager and clerk at the Valero convenience store on Delaware Avenue, after customer Donald Sandino won $6,200 in the lottery – then went back to give Tice $50, in gratitude, because she sold him the numbers.

Oct. 13: “Please don’t die.” – Khaled Soliman of Lackawanna, recalling his words to his daughter Zainab, 5, after they fell to the pavement from an upper floor while their apartment house burned. Soliman, whose wife and children barely survived, was incredulous when the accused arsonist was convicted by a jury of crimes classified as “nonviolent.”

Oct. 25: “Conor was the best kid ever.” – A teenage note in a community scrapbook from a vigil that drew thousands of July mourners for Conor Long, 20, a Hamburg High School graduate who died in a hiking accident at Zoar Valley.

Oct. 26: "It made him so proud. You could see it in his face." – Mukut Bhuia, an eighth-grade recipient of Buffalo’s Jesse Ketchum Medal for academic excellence, on the reaction of her father, whose family came here from Bangladesh.

Nov. 6: “I’m glad they’re getting out there. They’re helping to wake up all these guys who were sleeping.” – Agnes Petrie of Lake View, who at 100 was born before American women had the right to vote, on her delight at a surge in women candidates.

Nov. 17: “I watch them and I wonder if maybe I touched the cap the guy is wearing.” – Rob Bissell, a worker at the New Era plant in Derby that makes caps for big league baseball players, on what it means to see a game on television. He is among more than 200 employees who will lose their jobs when that iconic plant shuts down.

Nov. 20: “This whole freaking town was on fire and here we are." – Valerie Griffiths, whose family used to live in Niagara Falls, on why she and her husband feel only gratitude after surviving California wildfires that burned down their house.

Shoutout to the anonymous 6th grader for saving me a couple thousand (Bus not drawn to scale) pic.twitter.com/7aNK10xSwX

Nov. 21: “She made a dent and I saw what happened. Sorry.” – From a note left by Buffalo sixth-grader Ziarra Griffin, alerting Canisius College senior Andrew Sipowicz to the bus driver who struck his parked car, then drove away. Ziarra's act of conscience put her on the CBS Evening News; a Sipowicz tweet about the note drew 1.2 million "likes."

Dec. 8: “They would not stop.” – Legendary Buffalo hockey coach Joe Crozier, now 89, remembering with appreciation how fans chanted “Thank you, Sabres” during the final minutes of a 1973 playoff loss to Montreal.

Dec. 24: “I have family. I have cousins. I grew up saying I had none. I was wrong. Now I do.” — Kristen Sikorski, after a DNA test reunited two parts of a Buffalo family torn apart by a grandfather's death in a 1941 plane crash.