The Buffalo Preservation Board often used to consider the historical value of a building only when the wrecking ball loomed.

That changed this year.

The board created a landmarks subcommittee over a year ago to recommend local landmarks, even those buildings already on the National Register of Historic Places, since that designation provides only a limited degree of protection.

Twenty-two structures – a record number – were named local landmarks in 2018 by the Common Council, acting on the Preservation Board's recommendations.

"This is a big accomplishment," said Gwen Howard, the Preservation Board's president.

"The Preservation Board's charge really is to promote the preservation of our historical resources in the City of Buffalo," Howard said. "We have made an effort to take that seriously in a proactive way, not just reacting to buildings that are endangered."

Among the local landmarks in 2018:

• The Wildroot Building, 1740 Bailey Ave., built for Grennan Bakeries in 1929 and later expanded to manufacture the iconic hair tonic.

• The Michigan Street Baptist Church, 511 Michigan Ave., completed in 1849 and associated with the Underground Railroad.

• Kensington High School, now Olmsted 156, opened in 1937 in the Art Deco style, thanks to a jobs program initiated in the New Deal.

• Concrete Central Elevator, 175 Buffalo River, the largest grain elevator in the world when it opened in 1917.

The local landmark designation provides additional protections for privately owned buildings. Private owners must consult with the Preservation Board before making exterior changes to ensure they conform with the site's historic integrity. It also ensures a review by the board before a demolition can be carried out.

"Local landmark designation really prevents an owner from doing damage to the historic fabric of the structure," said Paul McDonnell, a former Preservation Board president who serves on the subcommittee.

"Their plans first have to be reviewed and approved by the Preservation Board. It gives the board a chance to work with the owner to maintain the building's historic integrity."

McDonnell said that occurred often during his more-than-eight-year tenure as board president, which ended in April when his term expired.

That includes exterior changes such as window replacement.

"If someone wants to put vinyl windows into a historic building, they'll suggest something more historically appropriate, such as wooden windows," he said.

"Almost 95 percent of the applications that came before the Preservation Board were ultimately approved."

Placement on the National Register of Historic Places does not prevent the demolition of historic buildings. The local landmark designation provides for a review that may prevent or delay the decision in order to consider preservation alternatives that could include the use of historic tax credits.

Benefits to the owner include eligibility for local preservation grants and local tax incentives.

"I think it's very important that there are some benefits from the city," said Recckio, who said he's shown the building to local, out-of-state and Canadian developers.

Some expressed interest in converting the building into apartments, office space, storage or warehouse use.

"The building needs a lot of renovation inside, and that will help," Recckio said.

Some of the buildings have received historic tax credits and other benefits due to the National Register listing or eligibility to be on it, which the New York State Department of Parks, Recreation and Historic Preservation recognizes.

"We sort of had this unofficial recognition because of all the use of tax credits that has contributed to Buffalo's renaissance," McDonnell said. "Now, we are able to officially recognize these landmarks as local landmarks." 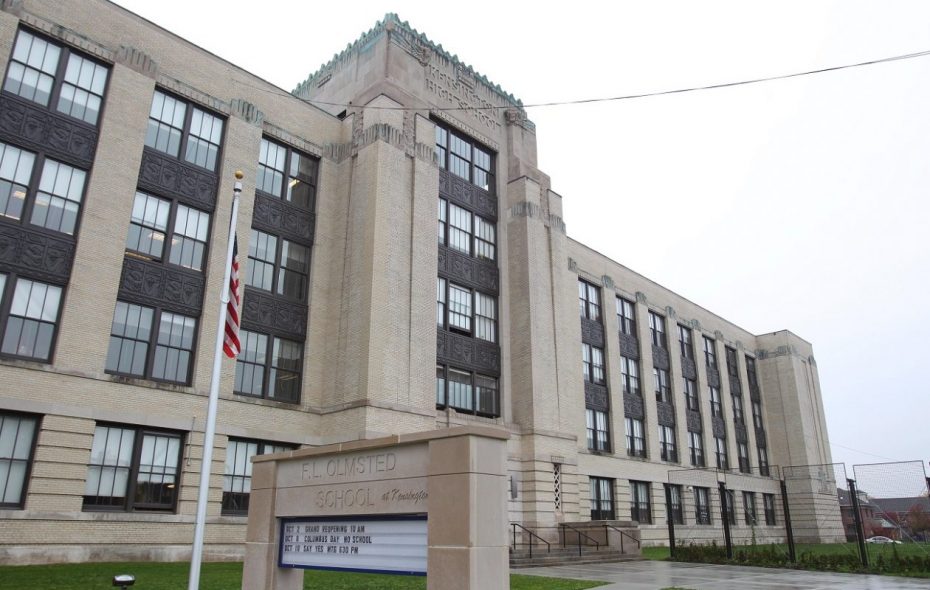 Many of the eclectic choices in 2018 were buildings frequented by the public for one reason or another.

"Some of the best of our architectural legacy and heritage, and it's true for any community, are the public buildings, and a lot of them were in this group," Howard said.

McDonnell appreciates the variety of structures afforded local protection. "It's really reflective of our culture," he said.

He cites buildings of the daylight-factory architectural style, with their soaring windows that let in plenty of light.

"When you think of the daylight factory, Buffalo was known as a blue-collar city, and so here you have this iconic design that proliferated in Buffalo."

"The schools reflect the value Buffalonians placed on education in the early 20th century," he said. "The grain elevators were invented in Buffalo, and Buffalo has the largest collection of them in the world."

The subcommittee is already at work on buildings it hopes to see listed in 2019.

"We want to continue this pace," McDonnell said.

Two buildings in which no decision has been reached by the Common Council could be on the Preservation Board's agenda for 2019.

The private owners of the William R. Heath House and Walter V. Davidson House, both designed by Frank Lloyd Wright, oppose local landmark status. They say the designation would threaten their privacy.

Ultimately, the Common Council moved both recommendations to the Legislation Committee, where they languished in 2018. Both buildings meet all nine of the criteria for designation, when only one is enough, so efforts to landmark both houses are likely to resume in 2019.

Howard said the board needs to do a better job working with homeowners.

"We need to recognize that when we're dealing with people's homes, we really need to work with those property owners so they are comfortable with the process," Howard said.

Howard said she's thankful the Common Council has approved so many local landmarks in 2018, saying council members gave "thoughtful and due consideration to our recommendations."

"I am pleased because oftentimes we don't pay attention to what is in our own backyard," Howard said.