Cheektowaga police are looking for the thief who snatched seven large designer handbags Wednesday night from the Michael Kors store at the Walden Galleria. 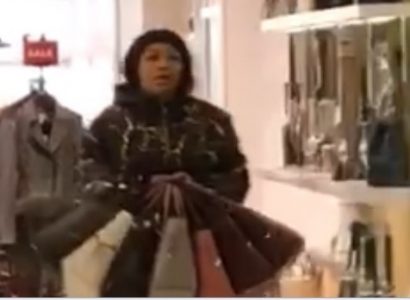 The woman was captured on store security cameras around the same time a series of disturbances broke out in the mall involving youth fighting and “stampeding” through walkways, police said. The disturbances began around 6 p.m. and resulted in two arrests, and the apprehension of six juveniles.

Several stores closed early, prompting a partial lockdown of the mall. The series of disturbances resulted increased security through the holiday season and enforcement of the chaperone policy for patrons age 17 and younger.

Police asked that any information on the identity of the suspect in the surveillance photo be texted to the 411 tip line or submitted by phone at 686-3923.