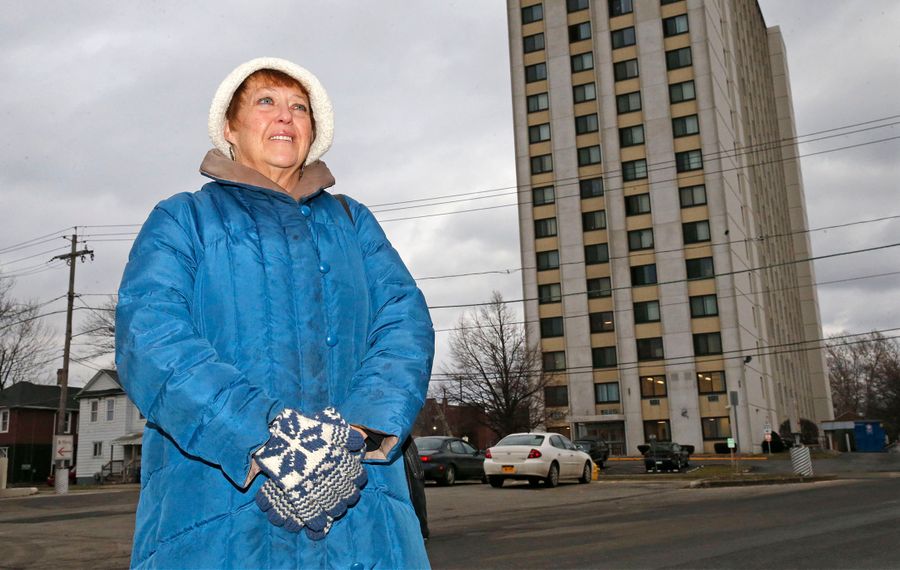 So it goes for LHP Capital, the not-too -swift company that owns a Niagara Falls apartment building and that, just before Christmas, evicted a frail 78-year-old resident for using legally prescribed medical marijuana. The company’s cruelty was made public when an advocate for the resident failed to find other housing for him and helped him do what he suggested: notify the news media.

The ensuing publicity storm appropriately embarrassed the Knoxville, Tenn., company which invited John Flickner to return to his apartment. But it was upset at the bad publicity – not its own heartlessness, you understand – and blamed his advocate, Deb Fuszara. The company asked the subcontractor she worked for to fire her.

It was a spiteful response, but NHE Inc. of South Carolina meekly complied, dumping Fuszara and joining LHP Capital in a syndicate of corporate Scrooges. Well done, people.

In fact, Fuszara, who acknowledge her actions to her supervisors, was initially told that, while she made a mistake in contacting The News, she wouldn’t be fired over it. More than one supervisor assured her of that. A day later, she said, the assessment of her actions escalated from an error to “gross negligence” and she was gone.

How do people fail so badly, so consistently? Yes, Flickner violated the rules by using medical marijuana and, yes, the company was within its rights to evict him. But having a right to do something doesn’t compel its use. A right presumes choice and choices require thought. What were they thinking at these two companies?

Here’s how it could have played out: LHP Capital, where someone with a beating heart and functioning brain surely works, could have responded to Flickner’s violation with a warning. Better yet, it could have considered all the issues, including the pain he has endured since 1968 when a parachute jump went drastically wrong. At the point, it might have concluded that its blanket rule might be unwise.

Had the Tennessee company taken either of those paths, its partner in South Carolina would have been spared the blowback its own heartlessness produced. But it didn’t happen.

Faced with the landlord’s second attempt at cruelty, NHE Inc. was faced with its own choices: comply with the company’s demand that it fire Fuszara for doing her job; negotiate a more sensible, less vicious response; or do the right thing and stand up for its employee. Sadly, that didn’t happen, either.

So, to recap: LHP evicted a sick, elderly resident at night, in cold weather, not knowing if he had anywhere to go. Humiliated at the publicity, it allowed him to return but then, not content to leave well enough alone, engineered NHE’s Christmastime firing of the advocate who saved him, a woman who said “I just wanted to help this guy. He was going to be out in the cold.”

And, it didn’t end there. The landlord company allowed Flickner to return only if he agreed not to speak to the media anymore about his situation, which sounds a lot like a violation of his First Amendment right to free speech.

But don’t worry. LHP is really a fine organization. It said so, itself. “The eviction of Mr. Flickner is not a reflection of who we are or our resident service values,” it said in a statement.

Pray, then, what does it reflect?