When I was growing up in the 1940s, I was deeply impressed by the “hucksters” selling vegetables and fruits to my neighbors in their horse-drawn carts.

At the age of 8 I asked my grandfather (who had immigrated from Italy) if I could sell produce from his garden to the people on our street, promising to share the profits with him. Since he had an over-abundance of everything he planted, he willingly fronted me some change and a kitchen scale, and some tomatoes, cucumbers, peppers and onions to sell. 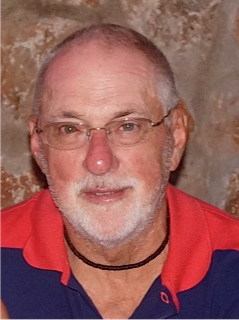 After a few weeks of delivering to the homes in our neighborhood, I had a list of regulars who bought me out of everything I could stock. In addition to my door-to-door vegetable sales business, I mowed lawns, shoveled sidewalks before school, washed windows and delivered newspapers. Our local bank offered students the opportunity to start a savings account through the elementary school, which helped me learn the benefits of saving money.

I learned early to solicit clients, make change, and be persistent about collecting money. For one thing, if I didn’t get the money from my newspaper route clients, I had to pay for the papers out of my profits. These were all life lessons I carried with me to college, graduate school and life.

I’ve read several media reports stating those born in the 1940s – my generation – are  the most fortunate, patriotic, and have the strongest work ethic of any of the past decades. Our parents and mainly immigrant grandparents, understood the value of allowing children to learn from experience. Sometimes the lessons were hard – but apparently kids can survive and flourish even in the face of hardship.

It wasn’t until I retired, and realized I was still able to live comfortably even though I had stopped working, that I recognized what a gift of character my predecessors had given me. Having role models to encourage and allow me to take risks changed my life for the better.

What has happened to believing in the value of that proud sense of independence I had had indelibly placed on my conscience? Why have things eroded to the point our democracy is in jeopardy? Much is due to lower standards of morality, lack of commitment and brainwashing by social media. The logical consequences of success and failure followed my generation through the ’50s and ’60s. There were few, if any, lifelines to save us from failure in school, bad debts, offensive language, lack of respect for parents, teachers and public officials.

My grandparents lived through the Depression, where, at their corner store, they extended credit to those who had no money to buy food. My father served as a Marine sergeant in the Philippines, where he fought hand-to-hand against the Japanese. The GI Bill allowed him to go to college and become a contributing member of society after his extremely traumatic experiences.

There are many other examples of generations where youth became successful, even though they began life from a position of adversity and disadvantage. They rose to the occasion following the examples of their role models, and built their characters around strong values and a strong work ethic.

I hope that future generations will have the opportunity to learn life skills that shape character and provide the foundation they need to transfer into adulthood. Our society would be well-served to respect those ideals, and resist the pundits who look to find the easy way out.

Calvin Deyermond, of Buffalo, learned the importance of hard work at a young age.