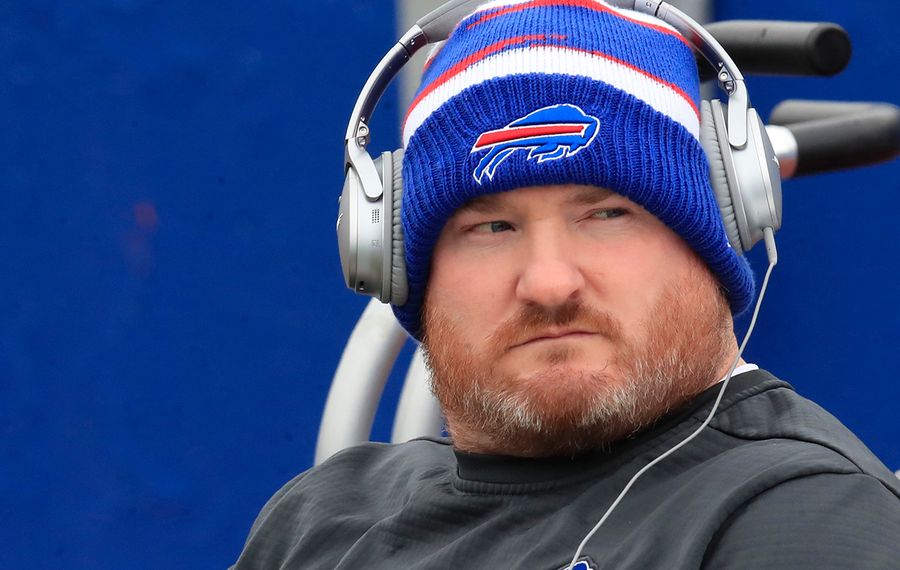 Williams, 35, has been with the Bills for his entire career, since being drafted in the fifth round in 2006, and he has grown into a team leader and franchise cornerstone. Williams has played 182 games with the Bills, with 177 starts,  as an anchor of the Bills' defense.

"This isn't easy. It was never going to be," Williams said in an open letter to fans posted by the Bills. "There's no perfect time to retire from a game, a franchise and a city that means so much to me and my family. But it's time to hang up my cleats."

Williams thanked the Pegulas, the Wilsons, his teammates, coaches and the city. "I've been at this a really long time, but it doesn't feel like it, and that's a testament to your unwavering support."

"It didn't take me long to identify with this city, with its people, with their attitude and loyalty. This place celebrates grit as much as it does talent, and there is something to be said for that. It's just not like everywhere else, and it will always be a part of me."

13-year NFL vet.
Life-long Buffalo Bill.
Fan favorite.
And the heart and soul of this team.

Kyle Williams has announced his retirement and will play his final game this Sunday. Congratulations on an incredible career. #ThankYouKyle pic.twitter.com/w5v4XfCrj8

Williams returned to the Bills for this season, despite taking a pay cut, but he said he did not consider that option. He also said that he told General Manager Brandon Beane in his exit meeting after last season's playoff game that he intended to return for the 2018 season.

Coach Sean McDermott said Williams told him on Monday that he was planning to retire. He called it "the worst Christmas present a man can get."

"We shared some moments and I’m extremely proud of him and can’t wait to watch him Sunday," McDermott said.

McDermott said he first met Williams in 2014, but he obviously has seen more of the man and the player since he came to Buffalo.

"I’ve had a front row seat the last few years, his work ethic and habits. Not just inside the building but outside," McDermott said. "He’s a guy who personifies what we want to be as Buffalo Bills. He bleeds red, white and blue. ... We need more Kyle Williamses. They’re hard to find. They probably only come around once in a lifetime."

McDermott said he has been watching to see whether Williams was leaning toward retirement but said, "There's no doubt he can still play."

"I watch and tried to look for signs as to which direction he was going to go," McDermott said. "I respect Kyle more for doing what he’s doing because of the reason he’s doing it. It’s because of his family. Putting his family first is befitting of a man like Kyle. You see players hang on and get their identity from this game. He’s more than that."

He said that he did not do much campaigning to get Williams to change his mind.

"I respect his decision so much. If I tried to change his decision, I wouldn’t feel good about it as a human being," McDermott said. "I imagine and I would hope that he would stay involved. It’s too early for anything to be formalized, but I’d love to have him around as we continue to grow and move forward.”

At McDermott's request, Williams shared the news with the rest of the Bills at a team meeting, which the Bills then shared on Faceook:

One-on-One Coverage: Bills' Kyle Williams ‘not here to stick around for nothing’