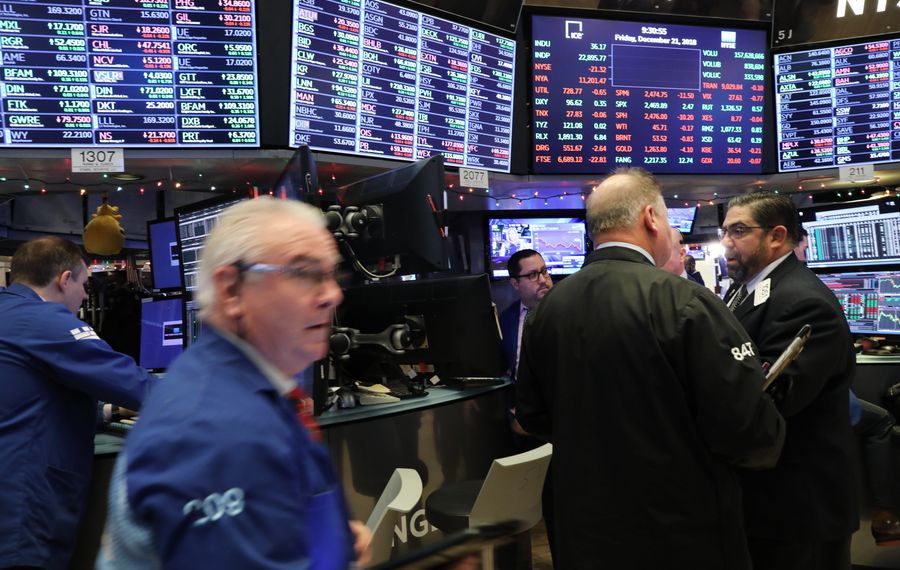 The party on Wall Street came to an end this year.

None of the local investment advisers on The Buffalo News' annual panel of forecasters saw it coming.

In fact, they thought 2018 was going to be another good year for stocks, maybe even a little better than average. They predicted that the Dow Jones Industrial Average would rise by almost 8 percent. They foresaw an even better year for the tech-heavy Nasdaq Composite Index, which they believed would rise by an average of nearly 10 percent.

They were all wrong. Very wrong.

The Dow and the Nasdaq both headed into the final days of 2018 much lower than they were at the start of the year. The closest forecast was the least upbeat one, and it came from Courier Capital Corp.'s Stephen Robshaw, who was still too optimistic with his prediction of a 2 percent rise by the Dow and a 4 percent gain by the Nasdaq.

And our panel's stock picks didn't fare any better.

None of the portfolios of five stocks that were selected by the advisers managed to go up in value during the course of 2018's down market.

The portfolio that fell the least came from Cynthia Vance, the managing member at the Buffalo investment firm Jensen, Marks, Langer & Vance. Her stock picks lost 4 percent of their overall value through mid-week, as gains by Amazon and Starbucks offset losses at Micron Technology, Alphabet and an emerging markets exchange traded fund.

Here's how all of last year's forecasts panned out in a year where the Dow, at mid-week, was down 13 percent and the Nasdaq was off 19 percent.