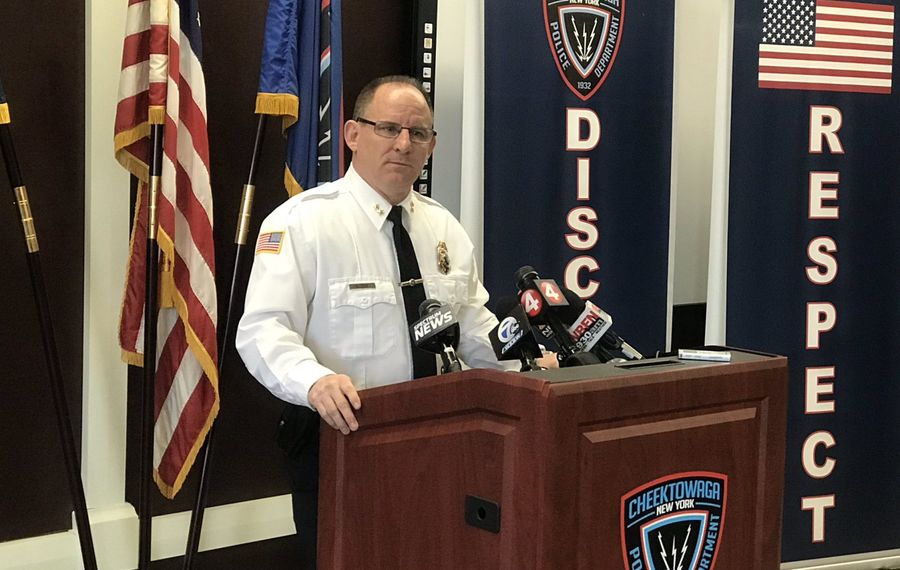 What happened Wednesday night at Walden Galleria hurt everyone: shoppers; store owners; employees; police; security; and the health of the region’s premier shopping mall. It was a bad day.

The mall already understood the risks. It’s dealt with trouble before and should have been better prepared. Even then, that’s only the beginning of the task ahead. Leaders there and in the community need to get to the root of the periodic flare-ups at the Galleria and address them.

The goal has to be to prevent such outbursts in the first place, not hope that shoppers to come to a mall where swarming security officers send a message that hazards abound. In an era where it’s easy to shop from home, that won’t work for long.

It’s only through startlingly good fortune that no one was injured Wednesday as fights broke out and shoppers panicked, incorrectly believing that the sound of a falling metal sign was a gunshot. The mall was locked down; stores closed their gates; shoppers and employees hid in storerooms. It was a dangerous moment.

The trouble began around 6:30, with reports of disorderly youths and fighting. One of those youths knocked over the sign that some misinterpreted as a gunshot. Police said at least three fights broke out and while they declared the situation under control by 8 p.m., individuals at the mall reported brawls continuing for another hour.

In the end, only two arrests were made, one for disorderly conduct, the other for menacing. It could easily have been worse.

Predictable may be too strong a word for the violence, but given other incidents at the mall in recent years, managers should have been better prepared for what was entirely predictable: an influx of young people on the day after Christmas, out of school, armed with gift cards and not much else to do. The mall’s response to previous events produced a weekend curfew for young people not in the company of someone over 21, but it’s not in effect at 6:30 p.m. on a Wednesday.

The failure to anticipate the potential for trouble is strange, not only given the time of year but the problems that malls and many traditional stores are facing in the Internet age. You don’t have to drive far from the Galleria to find other shopping malls bereft of shoppers and haunted by vacant stores.

It’s a national problem, requiring careful attention to a range of issues. Somewhere near the top of that list need to be the willingness of shoppers to make the trip when they could, instead, shop from home and not deal with the frustrations of crowds and parking, let alone the possibility of danger.

The mall and police seem to be responding appropriately, given that the incident was allowed to spin out of control in the first place. They are looking at a range of responses, including a greater presence of police and other peace-keeping organizations.

Those are useful actions, but they amount to a Band-Aid – valuable if the goal is to treat the symptoms. But they do nothing to identify and attack the cause. That’s a more complicated effort, but one that needs to be undertaken.

For example: Are the problems gang-related, or an outgrowth of bored kids with too much time on their hands? Is it just young people or are adults involved in some way? In any of those cases, an increased police presence at the mall may do nothing more than shift the trouble to other locations.

This is not just a police matter. Parents, schools, churches and other community organizations have a role to play, as well. The kids causing the trouble, or in the company of those who are, could just as easily be injured as any shopper could. Everyone’s safety is at risk.