It was another busy year in the Buffalo arts community where stages of all sizes — both inside and outdoors — were filled with theater and music for all interests. Our restaurant scene continued to grow and dish out impressive menus from around the world. In 2018, we reviewed 52 restaurants, just as many concerts and more than 90 plays.

There was the good, but sometimes things didn’t quite meet our expectations. However, some were so superior that we gave them our highest ratings.

Here’s a look at our top-rated restaurants and local theater productions, plus a few of our favorite concerts of 2018.

“In search of Italian-American cuisine worth celebrating, I have encountered miles of pallid pasta and oceans of weak tomato sauce. There have been bright spots, certainly, places with plenty of dishes to recommend. But of the 20-something red sauce purveyors whose Southern Italian dishes I’ve had the privilege to evaluate, none ran the table.

"Then I went to Sinatra’s. The restaurant has loomed large in the Buffalo Italian landscape for decades, but recently made its move to a much bigger place, where its kitchen would have to operate at a much higher volume. Yet from the opening Italian bread with butter and caponatina, a tangy eggplant relish, to the closing bananas Foster, every dish I tried was pitch-perfect. Sinatra’s isn’t named after the most famous crooner to ever emerge from Hoboken. But its smooth swagger, backed up by killer talent, will have you tapping your toes in no time.”
– Andrew Z. Galarneau

"It always raises my hopes to see a kitchen move that I’ve never witnessed in the wild. Unfortunately, in the food world, creativity is in greater supply than discernment. Just because you can dress a hot dog with chunks of Snickers bars and red hot cole slaw doesn’t mean you should.

"So to see a menu as nonstandard as Prescott’s Provisions’ left me torn. I wanted to believe that charred avocado, king crab and furikake, the Japanese seasoning mixture that starts with dried seaweed, could play well together.

"When the dish arrived, crowned with a bubbly black-and-white sailfin of squid ink cracker, it looked like something from the Mos Eisley Cantina. I braced for impact. But the sweet crab and rich avocado needed no introduction, and found support from the sea in both cracker and crunchy topping. It worked, as both an appetizer and as an introduction to the finest table in Tonawanda.

"Growing up here has its blessings. The prospect of getting snowed in is a dream, not a nightmare, ever since the Blizzard of ’77 gave me two uninterrupted weeks to craft snow forts that, in memory at least, rivaled “Lord of the Rings.”

"A downside was a stunted relationship with seafood. Lake Erie fish were poison. Store-bought fish was expensive enough that a foul fillet from a careless seafood counter would send us back to canned tuna and fish sticks. Thus a proper fish fry became the pinnacle of my childhood seafood pyramid.

"Professional eating has broadened my horizons considerably, but judging from our menus, many of us are loath to sail past familiar landmarks: salmon, tuna, swordfish. That makes Dobutsu great news for Buffalo seafood lovers. Besides satisfying meat options, it reintroduces familiar fishy friends in beguiling new ways."
– Andrew Z. Galarneau 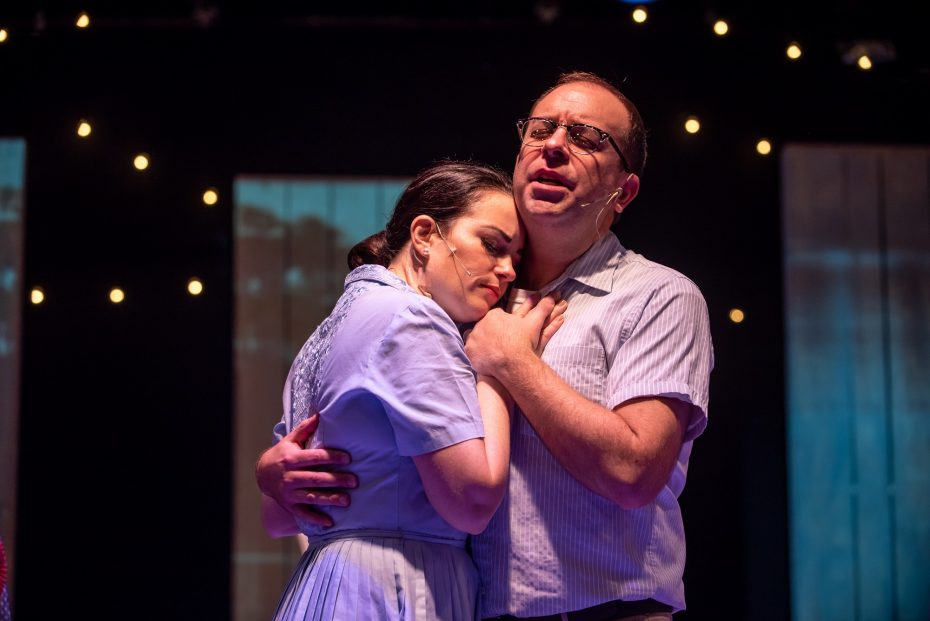 4 star reviews
Though “Hamilton” may have dominated our theater news for the year and the Shaw Festival again provided many quality plays, this list focuses on local productions.

"Big Fish," Second Generation Theatre Company
“While watching ‘Big Fish’ I predict that you will experience a strong impulse to reach out to characters who are physically within your reach, but purely imaginary inventions. I further prophesize that people and events from your own life will swirl uncontrollably in your memory as you leave the theater. This is a special evening, and Second Generation is emerging as major player on the Buffalo theater landscape.” – Anthony Chase

"A Doll’s House, Part 2," Kavinoky Theatre
“There is no sweeter sound, when sitting in an attentive audience, than the gasp of a connection being made. That one line, look or silent gap that registers a deep understanding of a revelatory idea. In the brain it processes as fireworks, but in the quiet of the room, it registers as something inarticulate – a drawn-out ‘hmm’ or an exclamatory ‘huh!’ The gut always knows. This impulse comes quick and often when the text is as striking as Lucas Hnath’s 'A Doll’s House, Part 2,' now offered in a stunning production in the Kavinoky Theatre.” – Ben Siegel 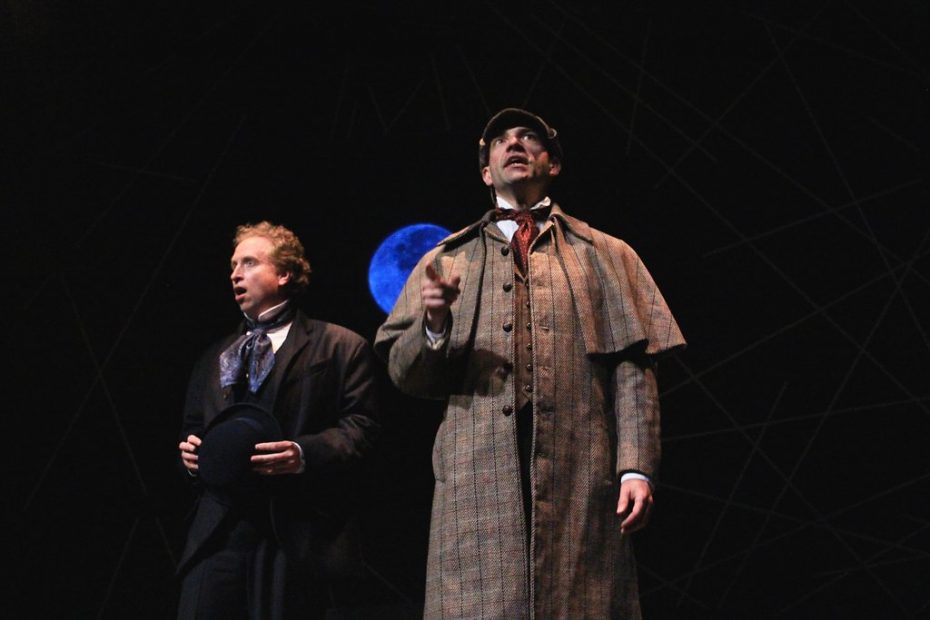 "Baskerville: A Sherlock Holmes Mystery," Musicalfare
“What nonsense. What total, delightful, ridiculous nonsense! ...'Baskerville’ does for Sherlock Holmes what 'The 39 Steps’ parody play did for Hitchcock, carving off the meat of the mystery and putting it on a well-greased banana peel. Theater can be enlightening, frightening, inspiring or dazzling. And if you’re lucky, as with ‘Baskerville,’ is can also be absolutely meaningless fun.” – Melinda Miller

"Murder for Two," at MusicalFare
“The popularity of ‘Murder for Two’ doesn’t really hinge on the murder. With this show, it’s all about the execution. That is, how well can a theater company pull off the manic antics of Kellen Blair and Joe Kinosian’s smart musical homage that marries ‘Masterpiece Mystery’ to the Marx Brothers? Well, MusicalFare kills it.” – Melinda Miller

"Stellaluna," Theater  of Youth
“I fell in love with this show before it even started. Before everything that would conspire to make the next 40 minutes an extraordinary theatrical experience. I fell in love as soon as I walked in and saw the world waiting for us on stage. It wasn’t extravagant or shocking, just simple and beautiful.” - Ben Siegel

"Far Away," Torn Space
“In his program notes, director Dan Shanahan writes that Caryl Churchill offers little in the way of stage direction. She would be impressed with what Torn Space has done. The crumbling of natural boundaries, with butterflies and cats and musicians and mallards all taking sides with the Koreans or Latvians or Sweden or Japan, somehow seems possible in the world of the Torn Space stage, even as the elephants align with the Dutch.” – Melinda Miller

Read full review of "Far Away" 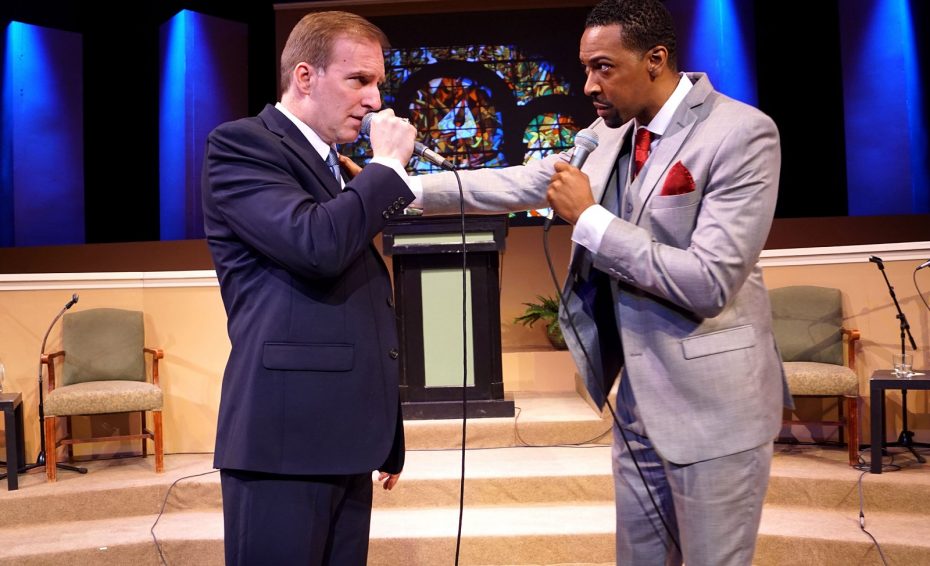 "The Christians," Road Less Traveled Productions
“Fitting the “Productions” descriptor in the company’s title, this pushes the traditional theatrical boundaries to incorporate other forms of presentation and performance. These lines are blurred for the duration of show’s intermissionless 90 minutes. It’s not always clear when we’re being preached to, or if the distinction matters.” - Ben Siegel

Read full review of "The Christians"

"The Nether," at Road Less Traveled Productions
This is an engrossing, shocking, uncomfortable tale, that only grows more prescient the more you fall into it. Like the show 'Black Mirror,' it turns what we used to call 'science fiction' into something much more confronting: 'modern nonfiction.' – Ben Siegel

Read full review of "The Nether"

"Golden Boy," Irish Classical Theatre
“The production is a seamless melding of Clifford Odets’ remarkable script with a cast that, true to the legacy of legendary Group Theater, inhabits the play’s large array of characters with sincerity, believability, and passion.” – Anthony Chase

"The Night Alive," Irish Classical Theatre
“Laughter. Loneliness. Violence. Death. There is a lot to like about ICT’s production of ‘The Night Alive.’ .... it shines with excellent performances, challenging themes and a fair share of humor ... It is what Irish Classical does best.” – Melinda Miller

"Much Ado About Nothing," Shakespeare in Delaware Park
“It is so rewarding, you might agree, to go to the theater for an evening of classical, traditional Shakespeare, and not once tilt your head at the verbal frustration that greets you. It’s accessible for those who need it to be, and engrossing for those who need no training wheels. With all sincerity: thanks for ‘Nothing.’ ” – Ben Siegel

Read the full review of "Much Ado About Nothing." 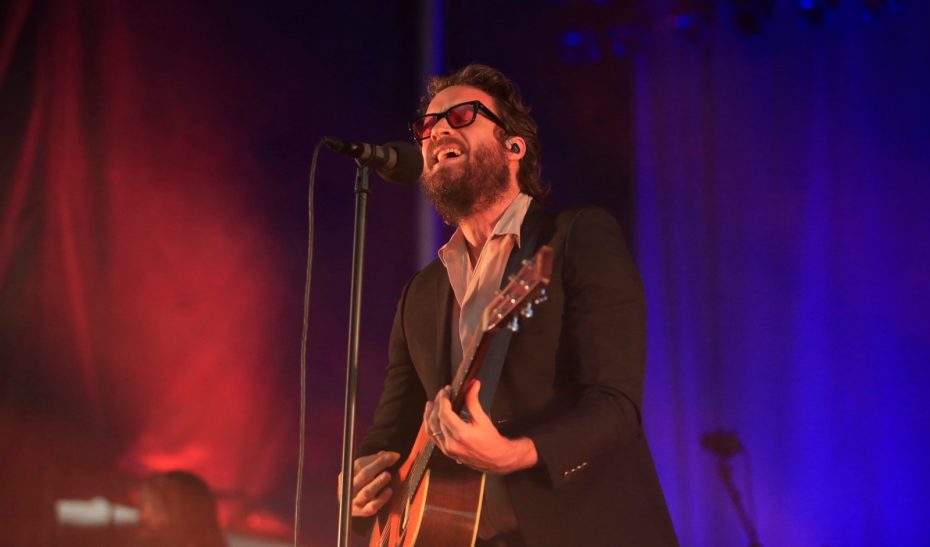 Father John Misty, July 26 at Canalside
“Father John Misty’s Canalside set started mellow and laid-back, but little by little, the music became more intense, the dynamic range more broad and the tenor more frenzied, and Misty had so masterfully paced the stylist that, by the final stretch, songs were beginning to feel like revelations rather than mere pop ditties. Misty’s unerring ability to blend incisive melodies with Beatle-esque chord progressions, edgy indie-pop arrangements and brutal, brilliant and often blunt lyrics was in full evidence at Canalside. I entered a casual fan, and left a full-on convert.” – Jeff Miers

Boy George and Culture Club, The B-52’s and Tom Bailey of The Thompson Twins, Aug. 28 at Artpark
“The show featured a jubilant 1980s trifecta playing to a sold-out crowd. It was a show of another era, but not nostalgic. There was real singing and real instrument playing. And the audience danced as if transported back to an ‘80s dance club.” – Nancy J. Parisi

Peter Mulvey, Sept. 6 in the 9th Ward @Babeville
“For Mulvey his acerbic material and raspy delivery played well with the night’s intimate gathering. Armed with his Martin acoustic and evocative tracks like “Who Else Was It,” the Massachusetts-based singer-songwriter expertly touched on items like fractured relationships, spiritual contradictions and the inability to process unthinkable atrocities.” – Michael Farrell 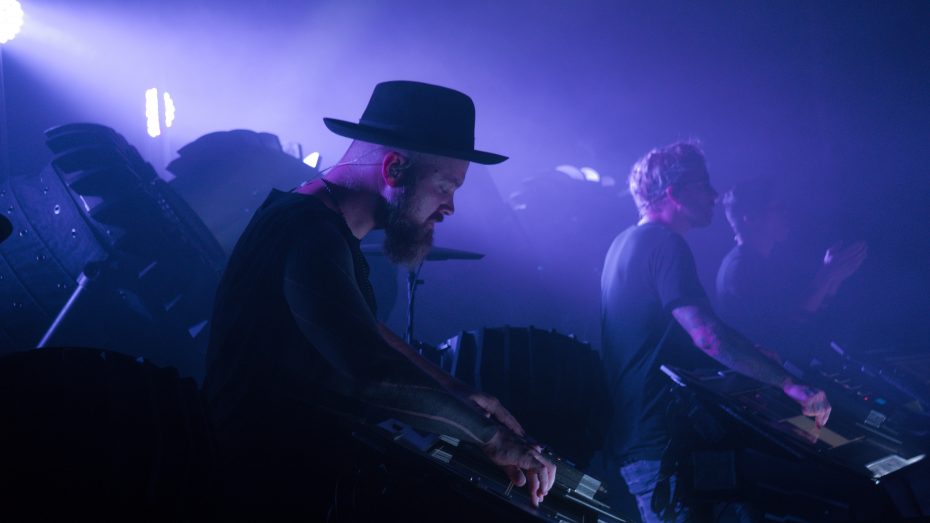 The Glitch Mob put on a remarkable audio-visual experience at Town Ballroom. (Dan Almasi/Special to The News)

Metallica, Oct. 27 at KeyBank Center
“Metallica was firing on all cylinders from the moment it took the stage. The one-two punch of “Hardwired” and “Atlas, Rise!” from the 2016 magnum opus “Hardwired… to Self-Destruct” proved that middle-age has done nothing to dim the band’s prog-thrash flame. If anything, Metallica is tighter, more focused and more effortlessly virtuosic than ever, its strident Sturm und Drang, up-tempo strut and neo-classical flourishes melding into an authoritative, life-affirming din.” – Jeff Miers