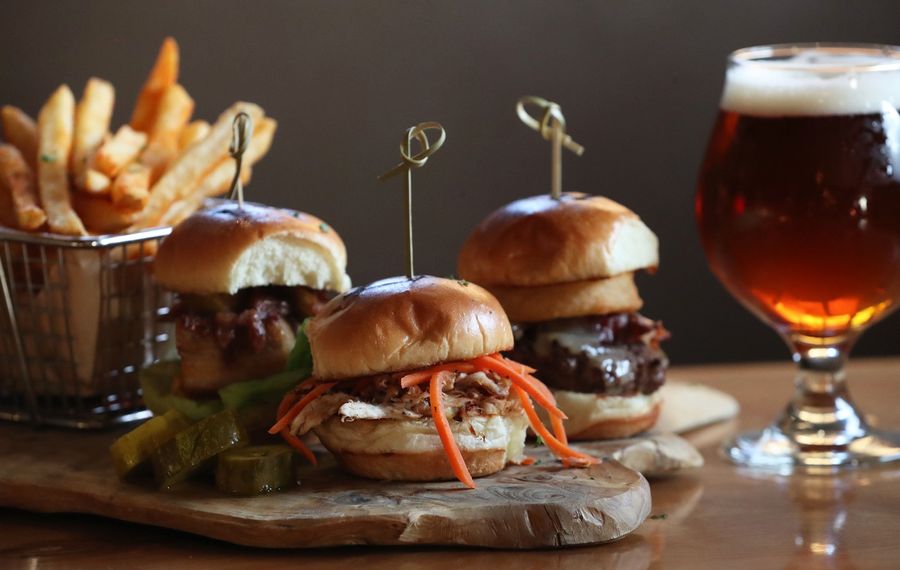 Over six years and four restaurants, chef-owner Ken Scibetta has written more consistently entertaining menus than any mini-chain deserves. Instead of succumbing to the flattening effect that usually comes with expansion, Griffon menus usually include dishes in testing mode.

The first that comes to mind was a grilled shrimp appetizer at the Griffon Gastropub’s Clarence location that attempted to incorporate Pop Rocks, the fizzy candy. I recall calamari with orange mayonnaise that reminded me of another childhood treat – Tang, the astronaut drink. While the misses fade away, Scibetta has piled up hits inspired by cuisines near and far. The Vietnamese-Mexican crossover banh mi nachos at the East Aurora Griffon are worth a stop by themselves, even if the kangaroo meatloaf is no longer available.

So when I headed to the new Griffon House in Lewiston, I knew I couldn’t pooh-pooh the “willy nilly silly” 100 Acre Wood Slider Trio, featuring pig, rabbit, and kangaroo.

Scibetta and partner Ed Webster started with the Lewiston Village Pub, before opening the more adventurous Griffon Gastropub in Niagara Falls, with 50 draft taps. A 100-tap Clarence site opened in 2015, and East Aurora’s 72-tap restaurant in 2017. In January, the partners returned to Lewiston to open Griffon House in an historic building three doors down from their first place. 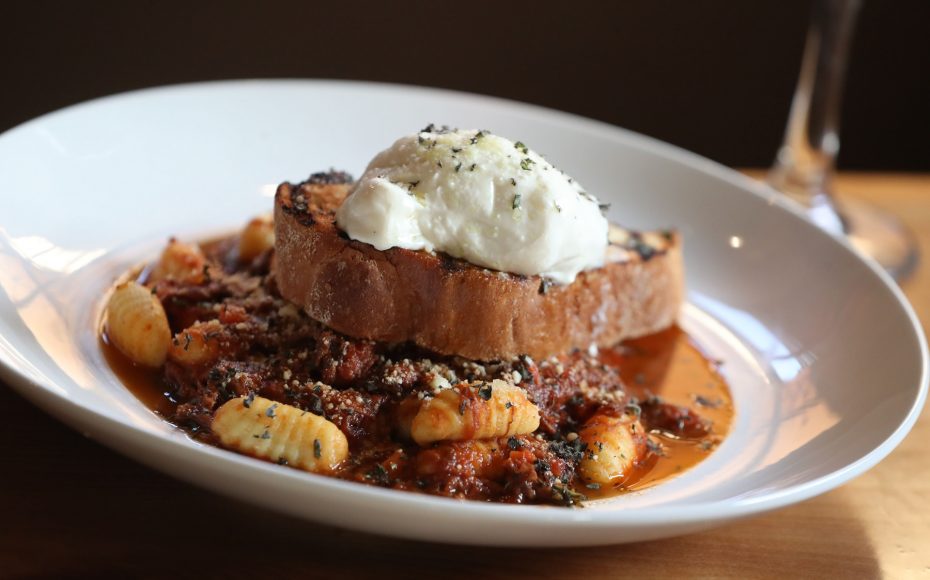 Over the years, Scibetta’s experimenting has given each Griffon its own distinctive tavern-plus menu that works. The core is loaded with burgers, salads, mac and cheese, and fried stuff with enough character to reward repeat visits exploring the menu’s nooks and crannies.

A chicken wing tender basket with fries ($12.95) brought massive, craggy poultry pieces, the house-made Southern-fried coating delivering a shattering crunch. At $9.95 for tenders alone, these are a steal, among the tops in town.

The well-cooked house-cut fries come dusted with Ethiopian spice by default. Their subtle, distinctly exotic accent comes from a custom curry of 20-plus spices, including coriander, bird’s eye chile, allspice and fenugreek. These house fries tell you what sort of house you’re in.

The emu burger wasn’t on the menu in Lewiston, so the Griffon House burger ($16) was chosen. With an herbed bone marrow spread, gruyere cheese and bacon, it was plenty flavorful, even though overcooked to medium-well. Sweet-spicy house-made pickle chips were addictive enough that I resented only getting three.

It took one bite of braised rabbit, goat cheese, pickled carrots and cumin mayonnaise to convince me that the 100 Acre Wood slider trio was no joke. If you have $18 to splurge on a few novel bites, it delivers. The rabbit was my favorite by a hare, the kangaroo second by a nose, with a lean venison-like undernote duded up with cheddar, bacon, and an onion ring. The pork entry was overkill on a bun, a chunk of belly thick as a hardcover novel, inadequately crisped, then swaddled in brie. 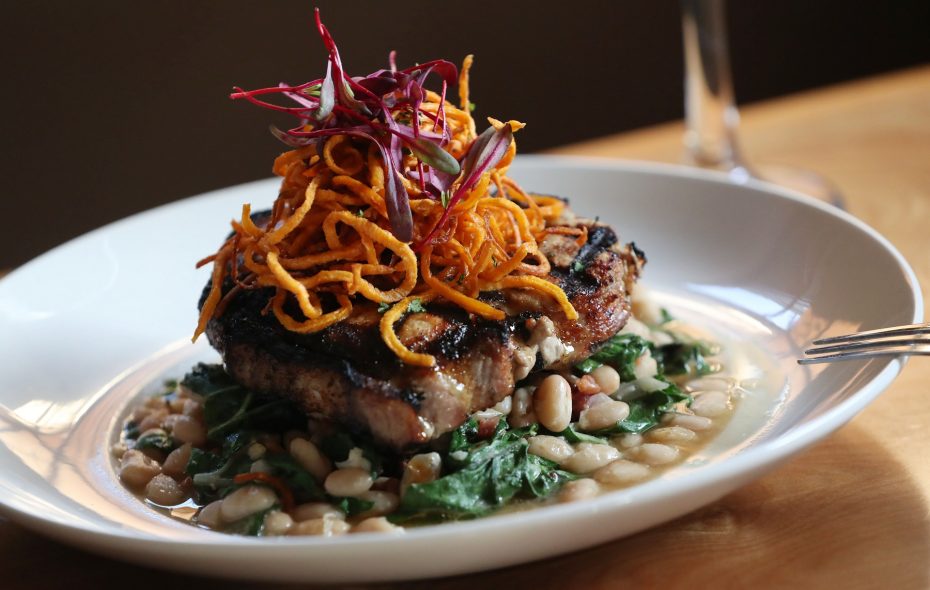 Regrets, I had a few. Next time I’d get the bison ragu with black truffle burrata ($27).

Among things I did try, a few disappointed. Tuna chimi ($11) was a deep-fried sushi roll, chopped tuna with avocado seaweed salad, carrots, cucumber inside a sushi rice and dried seaweed jacket, tempura fried and laced with chile-sesame mayonnaise. After all that, the fish was lost in the noise. And while the flame-touched lettuce in the Grilled Caesar ($11) was pleasantly smoky, the Parmesan “crisp” basket it arrived in was tough.

Despite the Griffon’s well-deserved reputation as a meating place, vegans and vegetarians are covered. A roasted portobello stuffed with artichoke hearts, greens and beans, finished with crumbs and port wine reduction ($9), and an Impossible burger with cheddar “cheese” ($19) lack any animal products. The signature Griffon smoked gouda mac and cheese topped with crushed Ritz crackers ($16) is reliable. 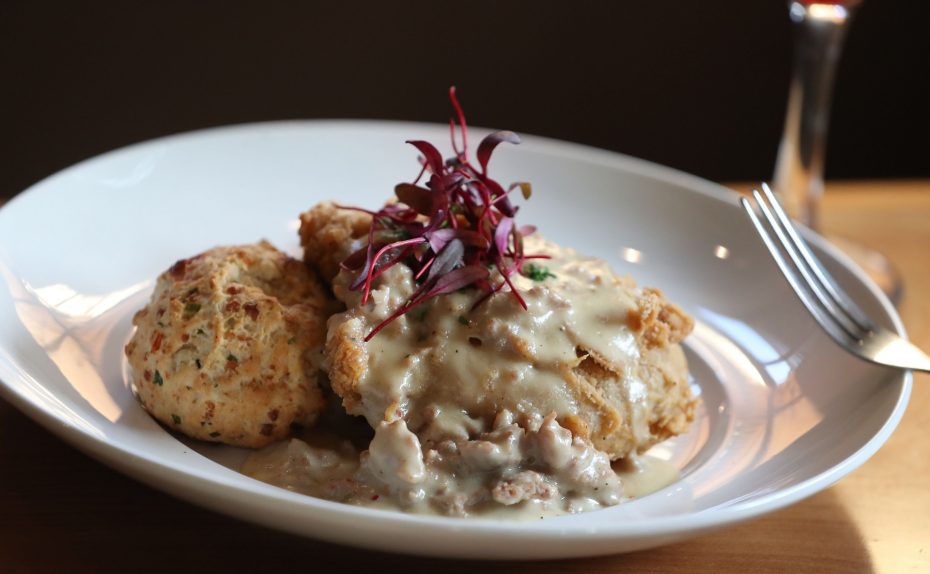 Desserts ($7), from Village Bake Shoppe down the street, included a peppermint cake and one inspired by Half Baked, the Ben & Jerry’s ice cream flavor.

Scibetta and Webster have made the 716 area code a better place to eat with reliably inventive food that draws on the cuisines of six continents. If Scibetta could get his hands on a steady supply of Antarctic penguin, I believe he’d go seven for seven.

*Read more restaurant reviews by clicking on the story topic, below. 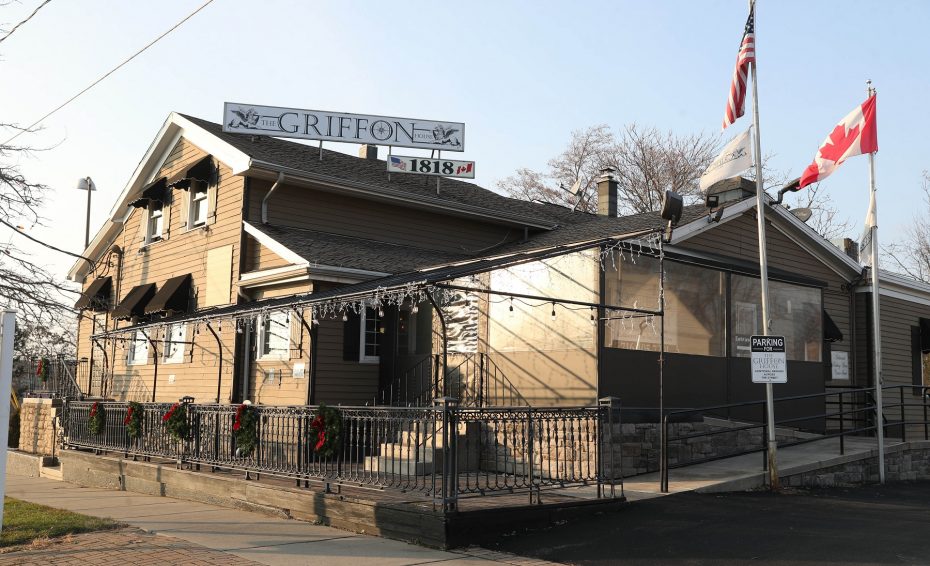 The Griffon House is at 810 Center St. in Lewiston. (Sharon Cantillon/Buffalo News)