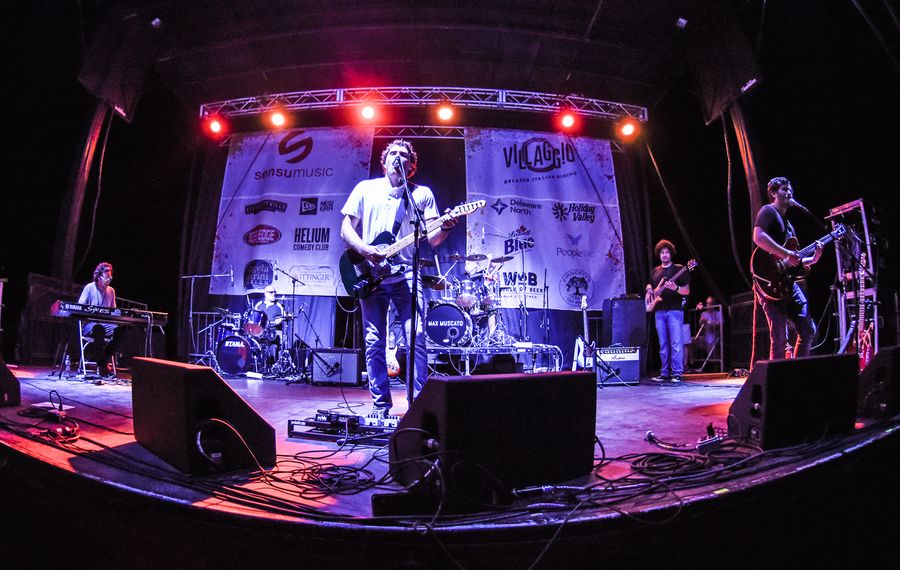 Mohawk Place is the site for your end-of-year nostalgic dance parties as both As If and Transmission will be throwing one last get together before the calendar turns.

First up is the DJ duo of Gabtron and BB Garbanzo, better known as the As If party crew. The pair has been serving up TRL-friendly hits for two years running from the likes of Aaliyah, Britney Spears, Spice Girls, Nelly, Usher and many more. Plus, even though Christmas will have passed by the time Mohawk's doors open Friday night, don't be surprised if a certain Mariah Carey song sneaks on to the playlist.

As for Transmission, the long running DJ series will be back at the 'Hawk for its signature year-end party where DJs Bill Page and Jason Draper will be delivering indie and alternative dance cuts from the 1980s to the present. Expect to hear jams from the Cure, Blur, Daft Punk, New Order, Metric and others well past the ball drop, which conveniently is only a block away if you wish to poke your head out for a moment.

The long, exhausting year of 2018 is nearly over. And thank goodness for that. With the holidays providing even more year-end stress to top it all off, Duende at Silo City is supplying a much-needed excuse to take a load off and relax when Tyler Wescott visits the bar.

A member of roots acts including the Observers, Folk Faces and Black Rock Zydeco, the folk musician will perform solo with Duende's welcoming walls this weekend. If you haven't caught singer-songwriter with one of his many acts around town or during his weekly gigs at Nietzsche's with Dr. Jazz, now is as good of a time as any.

Wescott shared his self-titled debut album in January of 2017 with a CD release party held at the Sportsman's Tavern in Black Rock. The 17-track release mixes elements of ragtime, gypsy jazz and more into his Americana core. Expect to hear tracks from the record, Westcott's many musical projects, a cover or two and others when he settles into Duende. And make sure to grab an old-timey cocktail from budding mixologist and bartender Kevin while you are there.

It's been a banner year for Rock Autism.

The non-profit, aimed at connecting individuals of the local autism community to music and other arts programs, successfully threw a collection of awareness-raising events throughout the Buffalo area in venues like Town Ballroom, Buffalo Iron Works and New York Beer Project, all leading up to its first Rock Autism Music Festival in Ellicottville in early September.

The folks at the organization want to thank everyone who contributed to the goal-reaching year with a free party at Thin Man Brewery, home of the Sonnyboi IPA, a special beer brewed as a nod to Sonny Muscato, brother of Rock Autism founder and president Max Muscato.

Max and his backing band Outer Harbor will be providing musical entertainment while the organization will feature some merchandise for purchase and a 50/50 raffle to go along with some drinks specials at the bar.