Sea cucumbers are big in Southeast Asia and parts of Europe.

In China, the marine animals are a delicacy, a high-priced, special-occasion food whose popularity is rising to the point where some worry about overfishing.

By all accounts, sea cucumbers still lag behind wings and pizza in popularity here, so how do you explain $19 million in sea cucumber sales in Western New York?

You don't. Federal agents say the dollar figure is right – but it was really cocaine, heroin and fentanyl being sold here under the guise of sea cucumbers.

The $19 million in alleged drug proceeds, revealed in court last week, is the latest evidence of what investigators are calling one of the largest drug rings ever prosecuted in Buffalo.

Now at the center of a federal court trial in Buffalo, the drug trafficking organization is also tied to the Sinaloa Cartel, the violent Mexican crime organization once led by Joaquin "El Chapo" Guzman.

"We wanted the source of supply," Shane Nastoff, a special agent with the Drug Enforcement Administration in Buffalo, told a jury last week. "That's the ultimate goal – to cut the head off the snake, as they say."

While on the witness stand last week, Nastoff and IRS Special Agent David Turri painted a picture of an organization so big, it shipped its cocaine and heroin – anywhere from 30 to 70 kilograms at a time – on pallets in tractor trailers.

Nastoff said there were at least 19 shipments that large from California to Buffalo.

In 2013, there was one even bigger, a shipment of 100 kilograms of cocaine to a house on Niagara Falls Boulevard in the Town of Tonawanda, a witness said last week.

Jose DelaRosa, who claims he was one of those who packed the drugs in California, testified that they were stored in plastic buckets and surrounded by insulation. The buckets were placed in shipping boxes and hidden in a moving truck full of used furniture.

When asked where the 100 kilos ended up, DelaRosa said, "Buffalo."

The prosecution's emphasis on the large-scale nature of the drug ring, and its roots to a Mexican cartel, are designed to portray the defendants – Herman Aguirre and Troy Gillon – as big-time traffickers. 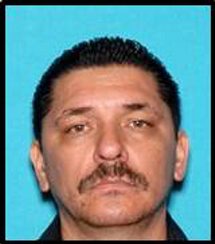 During his testimony before U.S. District Judge Lawrence J. Vilardo, the IRS agent took the jury through a series of bank deposit records and purchase orders – fake ones, he insists – that indicate the organization took in $19 million over a two-year period ending in 2015.

Turri said the group laundered its money by setting up front companies in California – seafood wholesalers with names like Triton Foods – and relying on sales records that falsely indicated it was distributing large amounts of sea cucumbers in Buffalo.

"During your investigation here and in California, did you ever come across a sea cucumber?" Assistant U.S. Attorney Michael P. Felicetta asked at one point.

Most of the deposits from drug sales here took place at a Bank of America branch in Depew and often exceeded $100,000 in cash, Turri told the jury.

Another witness testified that the organization started using night deposits at one point, but eventually had to look for another branch. He said the night deposit box in Depew was physically too small to handle its ever-growing cash deposits. 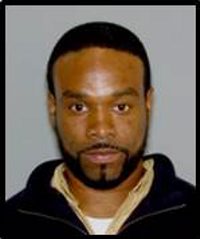 Indicted with 16 others, including Gillon, Aguirre is accused of being a leader of the organization and, with co-defendant Jose Ruben Gil, a link to the cartel. Gil, who claims he met with "El Chapo," pleaded guilty last month and testified against Aguirre and Gillon.

Felicetta and fellow prosecutor Meghan A. Tokash claim "El Chapo" was among those who oversaw the drug shipments here. The trial here is taking place while Guzman stands trial in New York City, where security is even more intense.

Prosecutors say the drugs originated with the cartel and, after finding their way to California, were mailed or trucked to Western New York.

From the start, the defense has portrayed Gil as the leader of the organization in an effort to distance Aguirre and Gillon from the allegations of drug dealing.

"In your past as the case agent on this investigation, are you aware of any evidence that there was ever any illegal substance in the hands of Herman Aguirre?" asked Matthew Lembke, Aguirre's defense lawyer.

When Nastoff suggested there was testimony of Aguirre's involvement in the organization, Lembke stopped him.

"I'm talking about in his hands," Lembke said.

"I can't think of a specific instance," Nastoff answered.

'They found me and tried to kidnap me,' witness says of El Chapo's Sinaloa cartel

Like Lembke, Gillon's lawyer has suggested the government's case relies too heavily on witnesses who are drug dealers looking for leniency in their own cases.

At one point, during his cross-examination of Nastoff, he asked about a police informant conducting an undercover drug buy on behalf of police in Niagara Falls.

He said the informant, unbeknownst to police, already had marijuana in his car and ended up trading the pot for the heroin he was supposed to buy with cash.

"He had marijuana in his car the whole time?" asked defense attorney Jason Schmidt.

"That's what he told me," Nastoff replied.