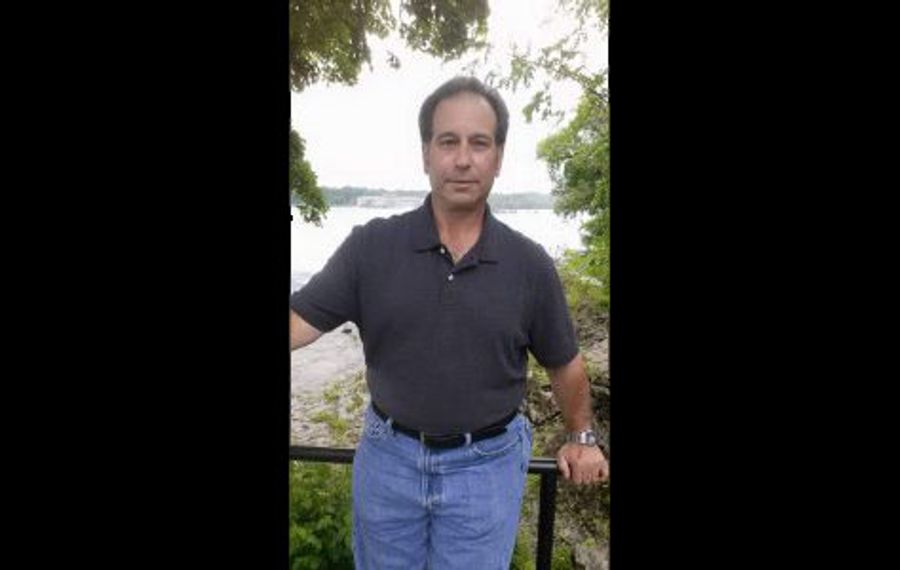 Jack Harzynski was delivering The Buffalo News, driving at around 6 a.m. Tuesday on a dark country road between Attica and Warsaw with another worker, when he came upon something that stopped him cold.

"We were 75 percent finished with the route when we saw an unmarked cop car stopped with lights flashing,” Harzynski said. “There were two guys tussling and wrestling in the snow banks off the side of the road.”

As Harzynski climbed out of his car, he heard the desperate pleas of Wyoming County Sheriff Gregory J. Rudolph: “Please save me. Help!”

Rudolph was on the ground with a knife to his neck, Harzynski said.

“What was really weird was the guy turned and looked straight at me. He didn’t seem right,” Harzynski said. “As soon as he turned his head, I knew I had to make a decision. I felt the guy was about to stab the cop.”

Harzynski, 57, who stands 5 foot 7, sprang into action to rescue the sheriff. When he grabbed the suspect by the coat, he said he experienced a surge of adrenaline.

“I don’t know where I got all the energy and strength,” said Harzynski. “It was like Superman. I hurled him into the snowbank and I fell, too. He gets up and still has the knife in his hand.”

Rudolph then tackled the suspect, pinning him to the ground and cuffing him. 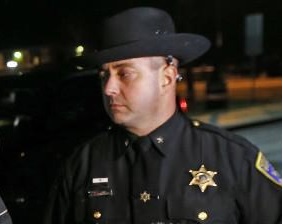 Wyoming County Sheriff Gregory Rudolph was attacked by a man with a knife before dawn Tuesday on his way to work and credits the "heroic" action of passers-by with rescuing him. (News file photo)

The suspect was identified as Lynn M. Hall, 48, of Castile. Rudolph later recognized Hall as the same man who stopped by the sheriff’s office on Monday to ask about a pistol permit application. Hall faces charges of first-degree attempted murder, attempted assault and second-degree weapons possession. He was held without bail.

“Stuff like that happens," said Omarr Willis, a News division manager. "Our distributors are out in the middle of the night all the time, but this incident was unusual. When he came back to the office and told us the story, it was amazing.”

Rudolph, who was treated for minor injuries he suffered during the encounter, expressed his gratitude in a statement released Thursday.

"I am particularly indebted to the two gentlemen, who likewise were working and unsuspecting of how life changes and unfolds in a matter of seconds. Their quick actions without regard to their safety undoubtedly altered the outcome and were nothing short of heroic," Rudolph stated. "I am also grateful to the New York State trooper who likewise entered this harrowing incident and assisted getting Lynn Hall into custody."

According to State Police, Rudolph was in uniform on his way to work, operating an unmarked police vehicle when Hall started tailgating him and flashing his car lights. Rudolph pulled over to see if the other driver needed assistance. Hall got out of his car and started fighting with the sheriff, State Police said.

Harzynski works full time for the U.S. Postal Service, a job he’s held for almost 32 years. Tuesday's incident was not the first time he had a front-row seat to a crime in progress. Another incident occurred in February 2016 at a bank on Niagara Falls Boulevard in Amherst.

“I was making a car payment and I witnessed a bank robbery,” Harzynski said. “A man at the next window pulled a gun and put it to the teller’s head.”

Castile man charged with attempted murder in altercation with sheriff