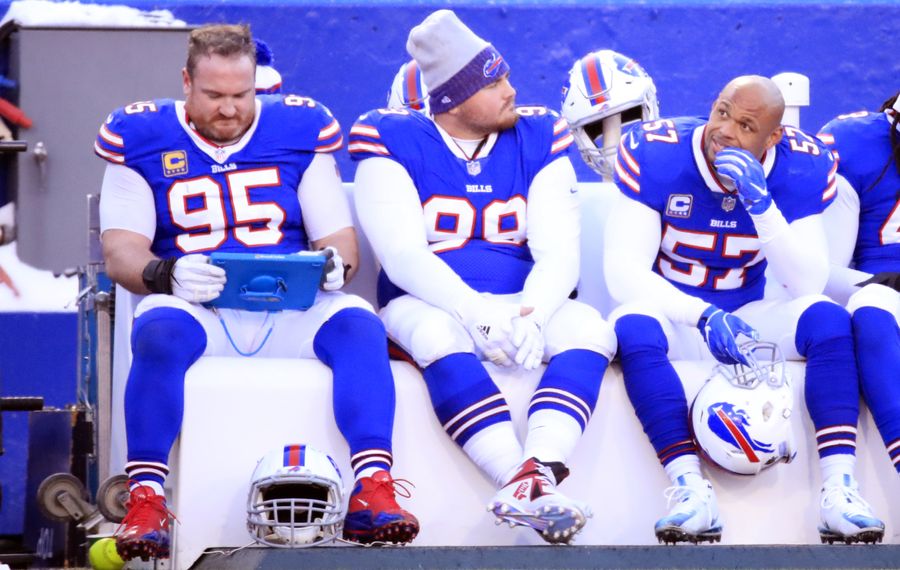 Buffalo's quartet of newcomers on the defensive line had problems – once again – getting after the opposing quarterback in Week 14's loss to the Jets at home.

One area in which Lotulelei has impressed over the past month is in the impact tackle department. While barely providing any pass rush, he has not solely been a stationary nose tackle, particularly of late. He added another impact tackle against the Jets, which marked the fourth consecutive game in which he made a tackle at or behind the line of scrimmage. Jordan Phillips now has at least one impact tackle in three straight outings.

Murphy has been largely ineffective in true one-on-one situations and when the quarterback hasn't held the ball for a significant amount of time. He registered just one quarterback pressure for the second-consecutive game after returning from injury.

After four consecutive contests without a quarterback hurry, Harrison Phillips had one against New York.

Here's how the quartet has fared this season in Buffalo heading into the Bills' Week 15 game against the Lions.