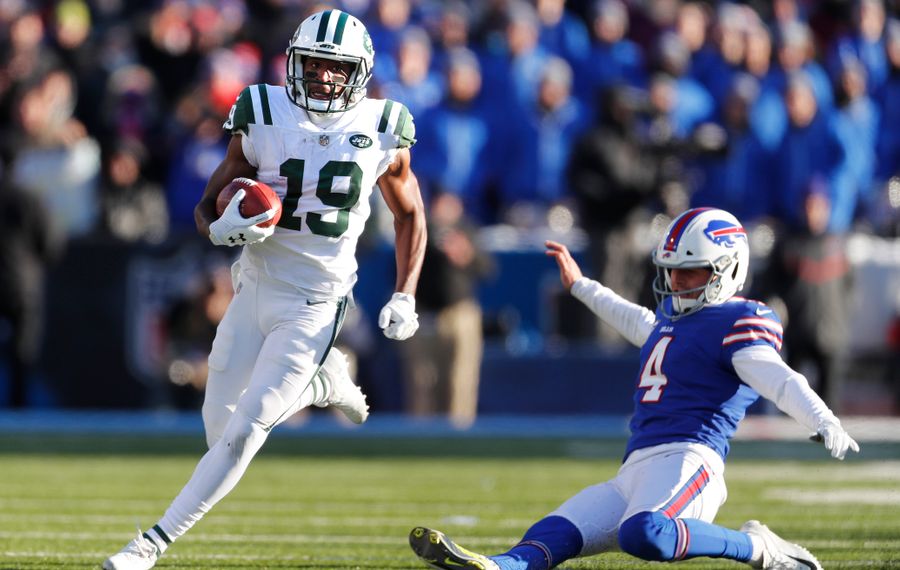 Buffalo Bills kicker Stephen Hauschka is listed as day to day with a hip injury after getting blindsided with a dirty hit by New York Jets defensive lineman Henry Anderson after a blocked field goal.

As both teams headed to the locker room, Hauschka remained on the field as trainers examined him. He was able to return at the start of the second half, although he said the injury to his lower back and pelvis injury made it difficult to kick.

Hauschka declined to comment after the game because he had not seen the hit. Bills coach Sean McDermott had strong feelings Monday.

"There’s no place in football for it," McDermott said. "He’s like a quarterback, you know he gets hi in the back – any player that gets hit in the back – should be a foul, and then he’s a kicker. To me, he’s afforded the protection.

"It's a shame he took the hit that he did. It thought it should have been called. They didn't see it obviously. ... He's a little sore today. We'll see how he feels when he comes back tomorrow."

Amid calls for retaliation among Bills fans, Hauschka's wife took to social media to calm the situation:

Two wrongs don’t make a right - let’s not advocate hurting a player after they take a cheap shot at one of our players (even if it’s my husband 😡) - thank you everyone for your concern! Love the #BillsMafia 💙❤️

In other injury news: