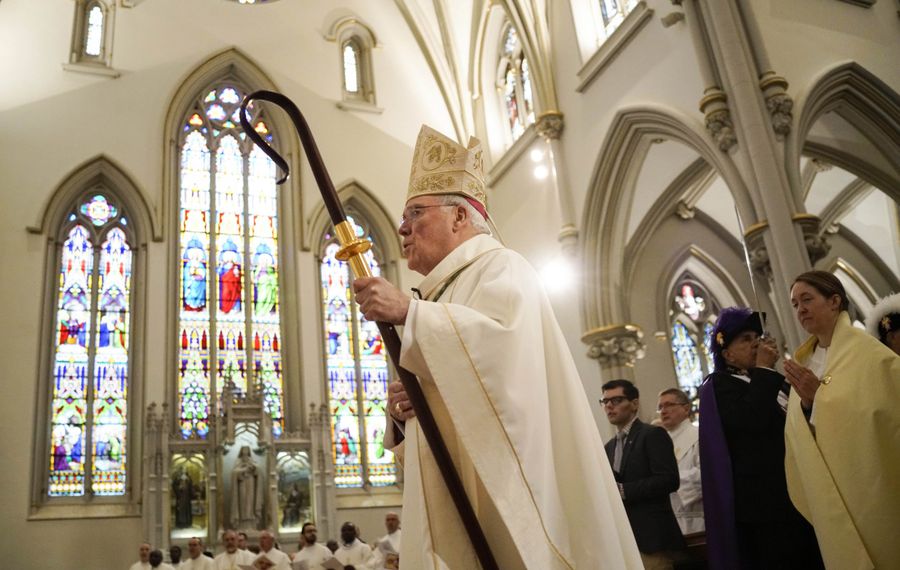 Mark Lynch says he was molested by a priest when he was 13. The abuse happened 50 years ago, well beyond when a sex crime could be prosecuted.

But the FBI wanted to know more, anyway.

Lynch said two federal agents visited him at his Youngstown home about a month ago, armed with questions about the abuse and the Buffalo Diocese's response to his allegations against the Rev. Joseph Schuster.

“We sat at my kitchen table for about an hour, and I told them what happened. They were very thorough and already had a file on me. They had done their homework,” said Lynch. “They asked a lot of questions about who I spoke to, who I reported the incident to at the diocese. They told me they hope to talk with everyone who has come forward with a complaint.”

Federal authorities have fanned out across Western New York to learn more about a clergy abuse scandal that until now largely has been ignored by law enforcement.

“They’re really looking for proof of a cover-up,” said Nicole Delisio Wright, an advocate for victims of clergy abuse. “Any type of proof that there’s a widespread cover-up.”

The aggressive federal interest is happening in other parts of the country, as well.

McSwain also wants to know if dioceses reassigned predators or used church funds or assets to cover up sexual misconduct, and he demanded that the church turn over secret archive files, as well as financial, personnel and treatment records.

Federal law enforcement officials also were part of a Nov. 28 raid of the offices of the Archdiocese of Galveston-Houston in search of documents, electronic communications and other evidence related to the archdiocese’s handling of a case involving a priest accused of molesting four people. The head of the Galveston-Houston archdiocese is Cardinal Daniel DiNardo, president of the U.S. Conference of Catholic Bishops and a key spokesman on issues related to the Catholic Church in the United States.

The federal inquiry into the Buffalo Diocese appears to be wide-ranging, with agents talking to potential witnesses, as well as abuse victims.

Wright, of Clarence, said she met two weeks ago with agents. The agents told her they already had spoken with 40 people about clergy abuse cases and were looking for evidence to present to a grand jury.

They also told her the Buffalo Diocese was recently served with a second federal subpoena, after diocese officials responded with little information to an initial subpoena served in June, Wright said.

A spokeswoman for the Buffalo office of the FBI declined to comment.

“After years of turning a deaf ear to complaints about the clergy, law enforcement finally appears to be sincerely interested,” said attorney Steven M. Cohen, who represents five people who say they were abused and were recently interviewed by the FBI. “Because of all the recent publicity, they seem to be absolutely interested in hearing what some of these priests have done. The agents seem to be very interested in every aspect of what happened to my clients.”

One of his clients told the FBI that he was molested by a priest— Rev. Donald Becker — and that a young relative of his killed himself after being abused by the same priest, said Cohen.

Another client of Cohen's told agents how he was repeatedly sexually molested at age 10 by another local priest, Rev. Linus Hennessy, who befriended his family.

Both Becker and Hennessy are on the Buffalo Diocese list of priests who were removed from service because of allegations they molested children.

Cohen, who works on priest cases with attorney William A. Lorenz Jr.,  said he hopes federal prosecutors will be able to build a case against leaders — past and present — of the Buffalo Diocese.

“Many of these incidents they are looking into are beyond the statute of limitations, but with all the cover-ups that have gone on for many decades, it would seem they could build some kind of case of obstructing justice or making false statements to federal agents. Possibly they could look at building a racketeering case, based on patterns of criminal activity that have gone on for decades,” he said.

“As long as I can remember, law enforcement has been very reluctant to pursue criminal charges against Catholic church leaders. That seems to have changed dramatically. Finally, people are thinking about the victims. Even if there are no charges, I think that it has given my clients some closure to sit down and tell their stories to the FBI,” Cohen said.

One source met with agents Tuesday at a Buffalo coffee shop.

“They’re interested in cover-ups. They’re looking for actual usable evidence that the bishop and other higher ups in the chancery knowingly moved around abusers,” said the source, a clergy member who asked not to be identified. “They’re looking for a lot of background. They want to know who all the players are.”

A former Buffalo Diocese seminarian said he was interviewed last week for 3½ hours in an office building outside Washington, D.C. Two agents inquired about the culture of the seminary in the 1990s and whether any priests traveled across state lines or into Canada with children, said the former seminarian, Wes Walawender. They also asked about international seminarians, said Walawender, who is originally from Poland and attended Christ the King Seminary in Aurora from 1990 to 1995.

Walawender, who now lives in the Washington, D.C., area, contends that he was not allowed to be ordained in 1995 as retaliation for his reporting to Buffalo Diocese officials an incident in which a priest was accused of molesting a 6-year-old boy. He said agents were interested in his recounting of that situation, as well.

In addition to Lynch, The News spoke recently with three others who have accused priests of sexual abuse who said they had been interviewed by the FBI.

One of the accusers, a Buffalo-area man in his 60s, said agents questioned him at length in his office.

“They were especially interested in any information about the priest taking me across state lines. They seemed very serious, very interested in making a case, and I hope they do,” said the man, who asked not to be identified.

Four lawyers who represent Buffalo Diocese clergy abuse victims also said their clients had been contacted by the FBI for information.

Their line of questioning with his clients suggested that the FBI wants to scrutinize individuals who may have been involved in moving perpetrators around, said Reck.

“I think that’s the type of thing they’re looking at,” he said.

Some who have alleged they were victims of abuse and who have yet to be contacted by the FBI said they are eager to talk.

“I would like to talk with them, because I believe that criminal behavior has been actively covered up for many years. Leaders of the church knew about criminal behavior against children and didn’t report it. They just shuffled the problems around, took predator priests and moved them to new places where there was new prey for them,” said Johnpaul Okal, 48, of Wisconsin.

Okal said he was molested when he was 9 by the Rev. Norbert Orsolits. Okal and his parents at the time lived down the road from Orsolits’ cottage home in the Town of Ashford.

“This kind of criminal investigation is long overdue. My best case scenario would be to see Norb Orsolits spend his last days in jail,” said Okal.