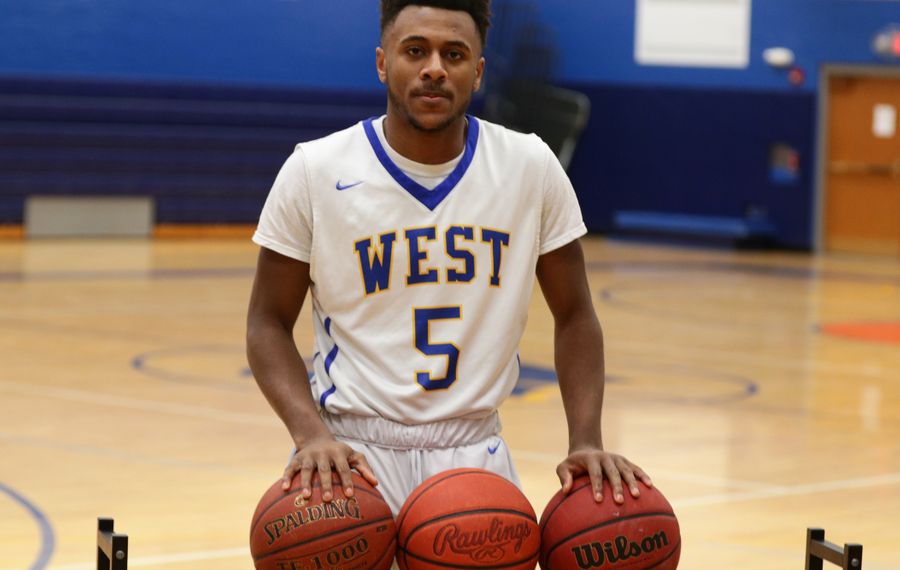 Juston Johnson won’t be on the court Friday night for West Seneca West because he’s waiting for a court ruling that will determine whether he plays basketball this season.

Johnson, the star point guard for the defending Section VI Class A champions, will be dressed in street clothes sitting on the bench when the Indians open their season at Canisius High School in the latter’s Tom Keenan Memorial Classic – a two-day event that also features Section V power Aquinas and last year’s Section VI Class A-2 champion South Park.

The reason that Johnson, 18, won’t be playing is because Section VI ruled that he has used up his six years of eligibility in basketball. That decision was upheld by a three-person appeals panel of the New York State Public High School Athletic Association.

However, the Johnson family is fighting that decision and has asked the Erie County Supreme Court to issue an immediate stay so he can play while the appeals proceedings with the state are ongoing. A ruling is expected Wednesday afternoon, Johnson's father, Demeris, said.

In court documents filed Tuesday, Johnson's lawyer, Ryan S. Carney, said by not being able to play, Johnson would lose the "opportunity to participate" this season and it would negatively impact his ability to be recruited to play college basketball.

“It feels really strange, and on top of that, it makes me feel bad because I can’t play with my teammates,” said Juston Johnson, a first team All-Western New York selection who averaged 24.6 points per game. “It’s bad because they put no thought into my future and what I’ve done to get this far. … Everybody’s mad I can’t play because they’re doing this for no reason.”

At issue in the Article 78 proceeding is whether the 2013-14 academic year when Johnson was home-schooled after an arm injury suffered in late August 2013 should count against his six years.

Johnson intended to return to West Seneca West for the 2014-15 academic year as a ninth grader. According to a letter from West Seneca Schools Superintendent Matthew Bystrak, “it was decided to have Juston enroll back in West Seneca as an eighth-grade student … in order to have him repeat his core academic courses.”

In court documents, Carney said the 2013-14 academic year should not be included because Johnson was home schooled the entire academic year and “never participated in any formal school or athletic activities.”

Carney said Johnson was home-schooled “due to the nature of the injury and the length of the recovery process the educational and learning challenges faced by Petitioner as a result of being unable to write and the mental and emotional trauma suffered by advanced athletes.”

In its Nov. 8 decision, the NYSPHSAA appeals panel said the Duration of Committee Regulation states a student who competes for the varsity as a seventh grader is eligible for six consecutive seasons of the sport starting with entry into seventh grade.

An extension is allowed only if a student does not play one or more seasons because of an accident or circumstances beyond the student's control that prevents the student from participating and that requires the student to attend school for an additional semester to graduate.

Section VI said West Seneca failed to submit sufficient evidence of such an injury. It cited information from the health care facility that treated Johnson that said he was no longer in its care as of Oct. 30, before the season began.

However, the petition submitted by the Johnsons includes a letter from Johnson’s doctor that indicates it would have been difficult for him to play basketball during that season and his parents said there would have been health risks to coming back too soon and then competing against older players.

The ruling also said that Johnson’s father had told Slade that Johnson would repeat eighth grade in order to get bigger and stronger to excel at basketball.

The Johnsons have gone to court in order to speed up a prospective timeline for a ruling, citing “irreparable harm” to Johnson and because they believe the “administrative process is futile in terms of granting the relief he requests.”

Demeris Johnson said the situation has been extremely stressful on the family. His older son, Des Randall, coaches the boys basketball team at West Seneca West.

“We’re very hopeful because we know we have a strong case,” Demeris Johnson said. “We know the true facts of what happened. We had no idea we’d still be in December waiting for the decision."