The secret to success in entertainment is to give the people what they want, and people in the Buffalo area want two things in the weeks between Thanksgiving and Dec. 25: They want their football team to have a chance at making the playoffs, and they want Christmas shows.

Well, they can count on at least one happy ending. Local theaters are awash in holiday shows, with a songbook’s worth of “Christmas Carols,” live versions  of TV and film favorites, ghost comedies, musicals and new takes on old favorites.

Their appeal is simple: audiences want a little magic, said Buffalo native Tom Dudzick, who has written three Christmas plays, including “Christmas Over the Tavern,” which has been playing to sold-out audiences at MusicalFare Theatre.

“I’ve been hooked on miracles ever since they were drummed into my head in Catholic school, and I’ve never grown up,” said Dudzick (who actually is now eligible for Social Security). “That’s probably why I lean toward writing Christmas plays.”

[Related: Read the review of "Christmas Over the Tavern"]

His first Christmas play, “Greetings!” has a full-blown miracle “smack in the middle,” he said. His second, “Miracle on South Division Street,” puts it right in the title. But the magic in “Christmas Over the Tavern” is more down to earth, just like the Pazinski family.

You can almost imagine Dudzick’s eyes twinkling when he sums up his philosophy: “I like to think that even the most jaded, cynical audience member still has a tiny part of his brain that says, ‘Wouldn’t it be cool if a miracle happened right now?’ ” 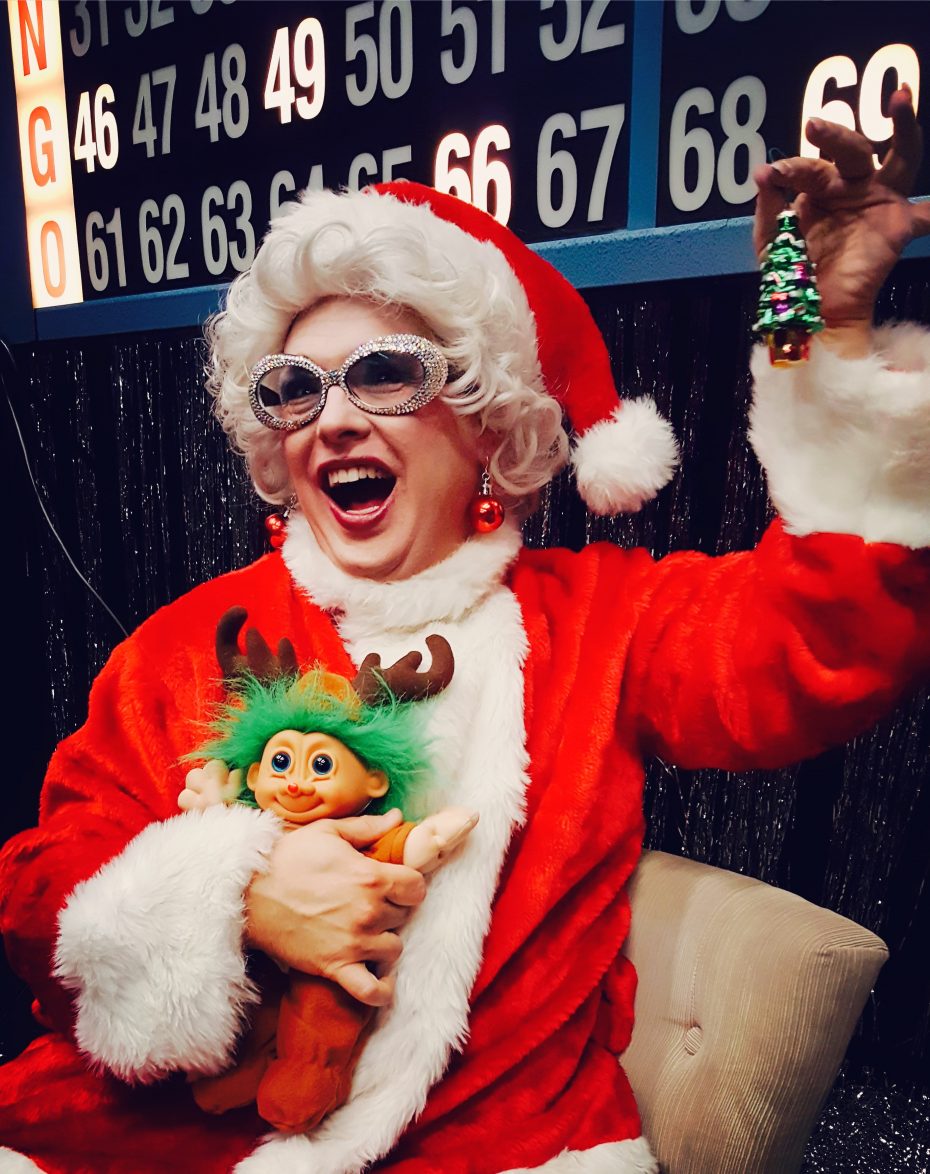 Where Dudzick has written a trio of Christmas plays, O’Connell & Company is presenting three holiday shows this season. The dress-up party “Gentlemen Prefer Divas” was a one-night special Dec. 5.

The musical comedy “Nuncrackers: The Nunsense Christmas Musical” continues through Dec. 23 at the company’s theater at the Park School. And – hold onto your Bingo cards – “The Betsy Carmichael Christmas Special” with Joey Bucheker takes over Shea’s Smith Theatre for two weekends, Dec. 14 to 23.

“I think we deserve to laugh this Christmas season, to have our spirits lifted,” said the company’s founder and artistic director, Mary Kate O’Connell. “We want people to really escape for a couple hours,  to celebrate the season with crazy antics and real people … We’re the port in the storm.”

To spend a couple hours with “Nuncrackers,” get tickets at 848-0880 or go to oconnellandcompany.com. If Betsy’s Bingo is your game, tickets are through sheas.org.

Just up the street from Betsy’s bingo parlor, in Shea’s 710 Theatre, the Bennet-Darcys are celebrating the season in “Miss Bennet: Christmas at Pemberley,” written by prolific modern playwright Lauren Gunderson.

Presented by Road Less Traveled Productions, which last year gave us “It’s a Wonderful Life” as a radio play, expect a show filled with style, humor and romance. Company founder and artistic director Scott Behrend said his wife was particularly interested in this entry in the RLTP lineup, but guys should like it, too. The show runs Dec. 6 through Dec. 22. Tickets are at sheas.org. 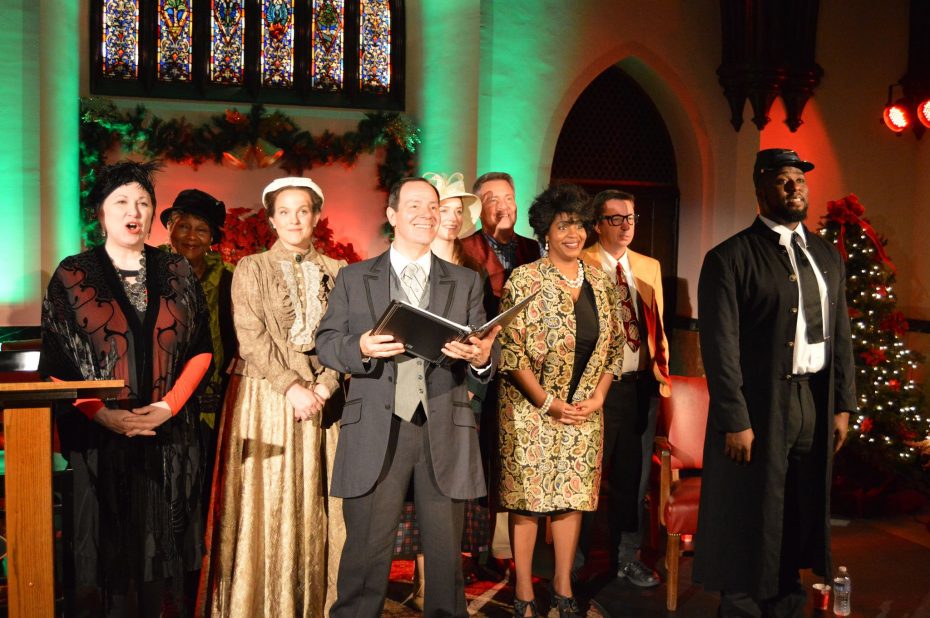 Historical characters share their stories in "It WAS a Wonderful Life" at Forest Lawn through Dec. 30.

Members of the local acting community portray famous former Buffalonians as they remember Christmases past on the “up side” of the lawn with humor and affection. Expect to see civil right pioneer Mary Talbert, polar explorer Frederick Cook, and many others, including Dorothy Goetz Berlin, who died at age 20 shortly after marrying Irving Berlin, the composer of “White Christmas.”

The play is presented weekends at 11 a.m. and 2 p.m., through Dec. 30, in the cemetery’s festively decorated chapel, with nary a Ghost of Christmas Future in sight. Tickets do sell out; buy them online at forest-lawn.com or call 716-332-2233.

For something completely different and appealing to grownup, consider what reviewer Ben Siegel had to say in The News about “My Three Angels” at New Phoenix Theatre:

“It’s hard to imagine a more wholesome Christmas story than the one about the three French prisoners who worked on the shop-owner’s roof and then killed his cousin with a snake. You know the one. ….” This four-star holiday gem plays through Dec. 15 under the Phoenix’s new roof at 95 Johnson Park. Call 853-1334 or visit newphoenixtheatre.org .

Then there are those people who can’t get enough of those three Christmas ghosts created by Charles Dickens to surrounded skinflint Mr. Scrooge with the holiday spirit. They have their choice of several versions of the classic story, from traditional to ultra-contemporary comic.

No one has done it longer or more faithfully than Alleyway Theatre (1 Curtain Up Alley, off Main Street), where Scrooge returns for his 36th year. The incomparable David C. Mitchell will be discovering the true meaning of Christmas for his 11th season as Scrooge, and early arrivals can expect to be greeted by carolers in the lobby.

You don’t have to go far to find an nontraditional version of Dickens’ carol. Alleyway’s Main Street Cabaret, on the other side of the lobby at 672 Main St., is premiering “A Very, Very Trumpy Christmas Carol,” in which “President Ebesneezer Trumpy” is visited by the ghost of “Hellery Clinton,” and others, and looks back at his life from his Studio 54 days a post-apocalyptic New Jersey, while searching for the true meaning of America. 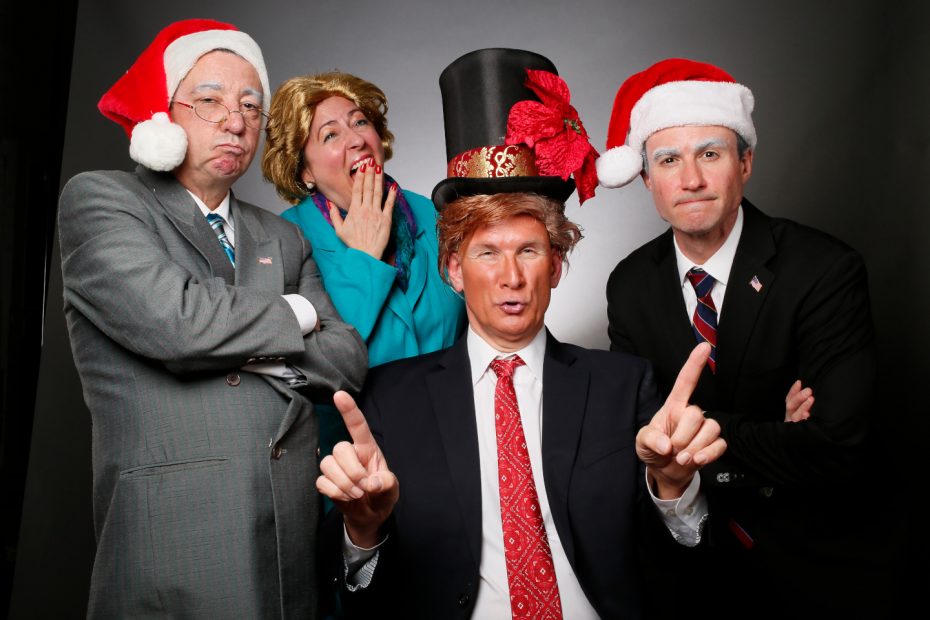 Despite all current evidence to the contrary, director/adapter Todd Warfield assures us the show stays true to Dickens’ message of hope and redemption. Tickets for both shows are available at 882-2600 or alleyway.com.

Scrooge also has a one-night-stand at 7 p.m. Dec. 18 at the Riviera Theatre (67 Webster St., North Tonawanda). A New England-based touring company will present “Charles Dickens’ ‘A Christmas Carol,’ ” with the music of 26 Christmas carols and what it describes as “haunting special effects and heartfelt sentiment.” For tickets, call 692-2413 or visit rivieratheatre.org. 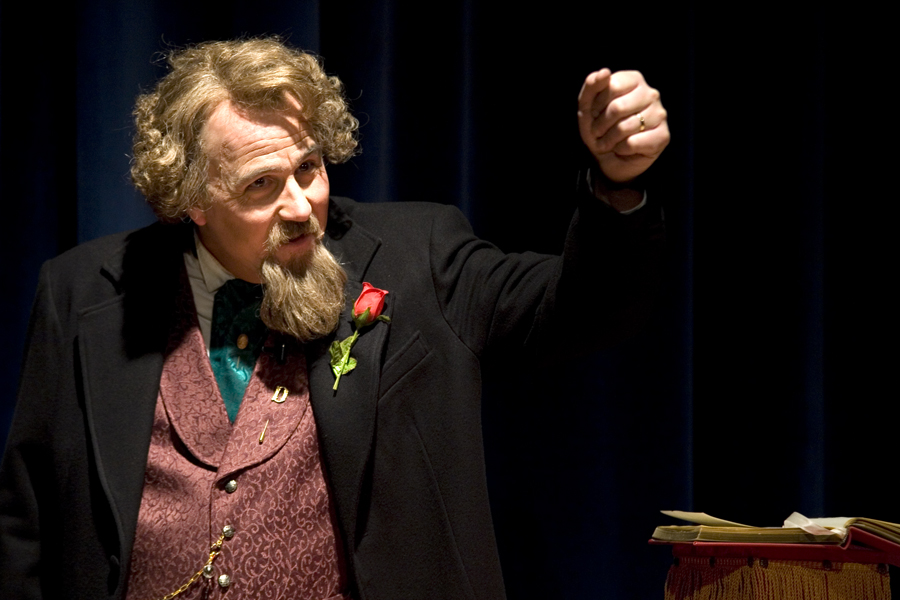 Popular TV personality and actor Mike Randall returns with his popular take on the Dickens’ classic called “Charles Dickens Presents: A Christmas Carol.” See “Mr. Dickens” act out more than 25 characters on stage as he would have when he toured the world in the 1800s.

Theatergoers who like to mix shopping with their “Christmas Carol” might try the Shaw Festival’s production in the Royal George Theatre in Niagara-on-the-Lake, which takes on the air of a holiday village throughout December. The show is recommended for ages 6 and older and runs through Dec. 23. Visit shawfest.com.

Through Dec. 16 at TOY’s Allendale Theatre (203 Allen St.). For tickets, go to theatreofyouth.org. 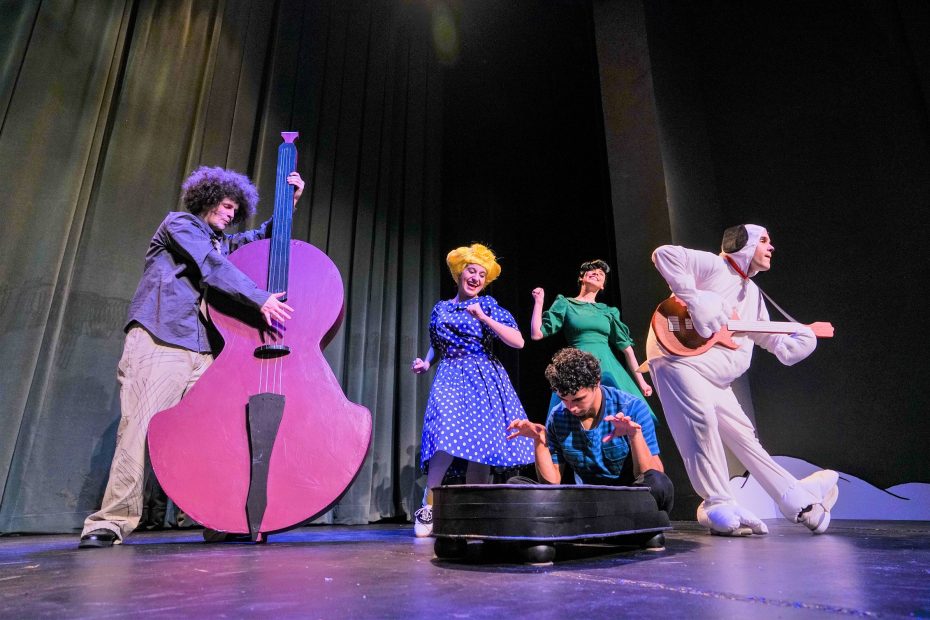 Theatre of Youth performs "A Charlie Brown Christmas" through Dec. 16.

Bigger kids will still be warned that they could put their eye out if they find a BB gun under the tree in the stage version of “A Christmas Story,” heading into its last weekend at Lancaster Opera House (21 Central Ave., Lancaster). Then, it hands the holiday sleigh reins over to that jolly old elf in “The Night Before Christmas,” on stage Dec. 14 to 16.

But the opera house isn’t finished yet. Right before Christmas it presents two musical programs, Pat Shea’s “Christmas With Family & Friends” on Dec. 21 and “A Caribbean Christmas” with Carnival Kids Steel Orchestra on Dec. 22. Tickets for all shows are available at lancopera.org.