An average of 20 Americans die each day awaiting an organ transplant, according to the federal Department of Health and Human Services.

More than 114,000 people are on the national transplant waiting list, including more than 10,000 in New York State.

A single donor can provide up to eight people with lifesaving organs and greatly impact at least 50 others through tissue donation – so there is a very good reason why Thomas Jasinski Jr. named his nonprofit organization One8Fifty Partners in Transplant.

"People don't readily see the correlation between organ donation and the impact," said Jasinski, of the Town of Tonawanda, who received a kidney from a living donor six years ago, and a pancreas from a deceased donor less than a year later.

Jasinski, 57, and his wife, Ginny Wallace, established the nonprofit afterward, and will present its third fundraiser from 5:30 to 8:30 p.m. Monday in Sportsmen's Tavern, 326 Amherst St.

The event will feature musical guests Doug Yeomans and Susan Kincaid. Tickets cost $20 and are available at sportsmensbuffalo.com and at the door. Anyone who buys a ticket, or makes a donation of at least $20 at one8fifty.org, will be included in a drawing for a 50-inch Samsung Smart TV. 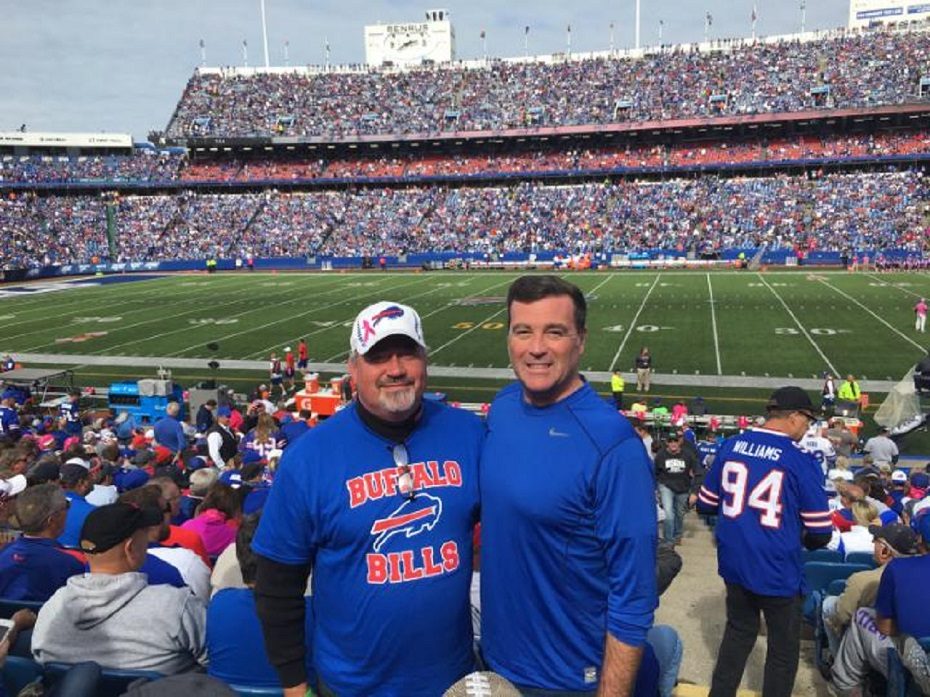 Health and Human Services officials report that 95 percent of American adults say they support organ donation, but only 54 percent have registered as organ donors. New York was the lowest-ranked state in the nation when Jasinski underwent his transplants, and remains in the bottom five, he said.

"The goal of our organizations is to try to assure that anyone who is facing transplant now has better odds than I had when I was waiting,” Jasinski said.

Proceeds from the fundraiser will help him continue to traverse the state and nation, advocate with lawmakers to streamline and simplify the donor registration process, talk with community groups and the media about the importance of organ donation, and help dispel persistent myths about organ donation. One8Fifty also has helped support several people through the transplant process.

Jasinski was diagnosed in his late teens with Type 1 insulin-dependent diabetes. He went into renal failure three months after his marriage in June 2010. He was forced to go on dialysis and seek a new kidney, which his health care team told him could take up to a decade because of the limited number of potential donors and his fairly rare Type B blood type.

His wife's cousin, Paul Broderick, downstate in Mamaroneck, donated one of his kidneys on Sept. 24, 2012, during a procedure at Erie County Medical Center. At the time, Jasinski already was on the transplant waiting list in need of a pancreas, which he received 10 months later at the Cleveland Clinic from a 17-year-old foster child from Virginia.

The demand for organs is great, particularly kidneys, Jasinski said. Every 10 minutes, another name is added to the national organ transplant waiting list. Age is not a limiting factor for organ donation, he said, and every major religion supports it. He also has heard accounts of deceased donors ravaged by cancer who, while still living, signed up to donate their corneas to help others regain their sight.

Jasinski also dispelled the notion that state residents can only sign up to donate at the Department of Motor Vehicles. State and donor organizations, including his, now all use the same Donate Life of America online platform to simplify the process, he said. An easy way to sign up is through his website or by visiting donatelife.ny.gov.

“There are more altruistic people out there than the world gives credit for,” Jasinski said. “My donor says he would do it again, and he'd never been in the hospital before in his entire life. ... I could not be more grateful for people stepping up on my behalf to allow me the ability to roll around on the floor with my four grandchildren, and be part of their lives."