TJ Burch held a framed photo of his son Nolan, who is wearing a black tie and white tuxedo jacket with a red rose pinned to his lapel. In this photo, which was captured on a friend’s cellphone during Canisius High School’s 2014 graduation, Nolan Burch’s head is turned slightly to the right. He seems to be gazing into the distance.

What’s next was West Virginia University, where Nolan planned to study business and sports management, and then maybe become a lawyer. What’s next, once Nolan got there, was making dozens of friends and pledging a fraternity.

What came after that, however, was horrific. A night of pledging ended with Nolan face-down on a table, unconscious, his head tipping off the edge, his pants stained from soiling himself, and his blood-alcohol level nearly six times the legal limit.

What got Nolan to that point is unclear, but much of the evening was captured on security video: As Nolan lay unconscious, his would-be frat “brothers” joked and pointed and even jumped on the table — which they had previously used as a stage for strippers — and stood over his body.

After a fraternity brother who hadn’t participated in the evening’s partying came into the room and tried unsuccessfully to revive Nolan, 911 was called. It was too late. Two days later, and exactly one week after his 18th birthday, Nolan died in a West Virginia hospital.

It would seem, then, there was no more “What’s next?” for Nolan Michael Burch. But four years after his death, there is more to come. His parents, along with filmmakers who see powerful lessons in his story, are seeing to that. 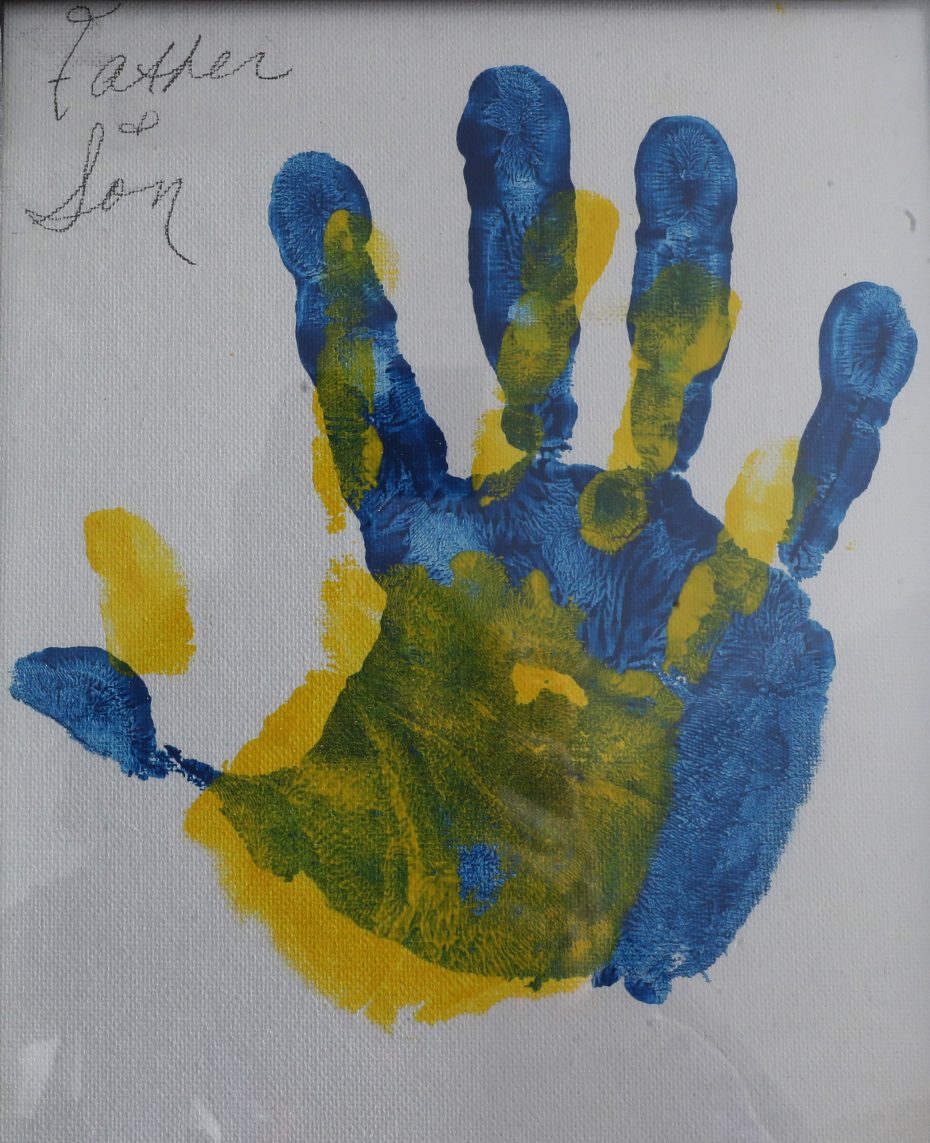 TJ Burch's handprint in blue is overlayed by Nolan’s handprint in yellow. It was made in the hospital for the family while Nolan was on life support. (Sharon Cantillon/Buffalo News)

Nolan’s death made national news. It was portrayed as a horrifying example of Greek life gone bad and stoked fears over the dangers of excessive drinking. Meanwhile, through their conversations with doctors, Nolan’s parents realized that if one of those frat guys had called for help earlier, their son likely could have been saved from the alcohol poisoning that killed him.

“It’s sad,” said Kim Burch, sitting in the family’s dining room, where Nolan used to do his homework.

She wore a pink athletic top emblazoned with her son’s initials — NMB — inside a buffalo. It’s the logo for the NMB Foundation, which Kim and TJ started to help educate people about the dangers of hazing.

“It’s sad, it’s silly, it’s stupid, and that’s really what we want to stop,” added TJ, wearing a black long-sleeve shirt with his son’s initials. “Don’t be a bystander. You really have to get involved.”

The Burches, who have a 19-year-old daughter named Alex, made an early decision to not be bystanders on the issue.

They have made themselves available to media and speak about the most harrowing details of their son’s death.

TJ Burch is a pharmaceutical rep, and the same conversational skills he uses in that job are apparent in his life’s mission, which is this: He doesn’t want this to happen to anyone else’s child.

The Burches couldn’t speak as freely as they wished until earlier this year, when they reached a legal settlement with two of the students involved, the fraternity and the university.

The amount of that settlement is sealed, although public records revealed late last month that the West Virginia University’s board of governors paid $250,000 to the family.

During those proceedings, the Burches also came into possession of a video from the frat house that reveals much of what happened to their son: The evening began with Nolan and other neatly dressed pledges gathering in a room. Nolan, an outgoing guy with lots of friends on campus, was all smiles. He was wearing a coat and loosened and removed his tie as he exited the room.

Another video clip shows the pledges outside the house, being brought to another location. There’s no sound on the video, but “Dateline NBC” obtained text messages from the local police that provide a clue as to what came next. Two of the texts, sent by Nolan’s fraternity big brother, read: “Nolans getting my family bottle of whiskey,” and “I’m probably just gonna get him real (drunk).”

Ninety minutes after they left, a group returned to the fraternity, carrying Nolan’s now-limp body inside.

“Like a dead deer,” Nolan's mom told The News, repeating words she shared on “Dateline NBC.”

They laid Nolan on a wooden table that they previously had used as a platform for strippers. For much of the next half hour, frat brothers gathered around Nolan. They took photos and video. One guy jumped on the table and danced. Nobody helped him.

Finally, one of the brothers, whom the Burches later learned hadn’t been taking part in the festivities, walked in. He had a medical background and knew Nolan was in trouble. He started CPR as another guy finally called 911. “Dateline NBC” obtained the audio of that call.

“Uh, we have a kid who, uh, drank too much, and we’re nervous about him,” the caller said, his voice thick with panic. “Very much.”

Audible in the background was the voice of the young man who was pressing on Nolan’s chest, trying to save his life. “One, two three. Nolan, breathe for me, buddy!”

It was too late.

Nolan didn’t breathe. He didn’t have a pulse. 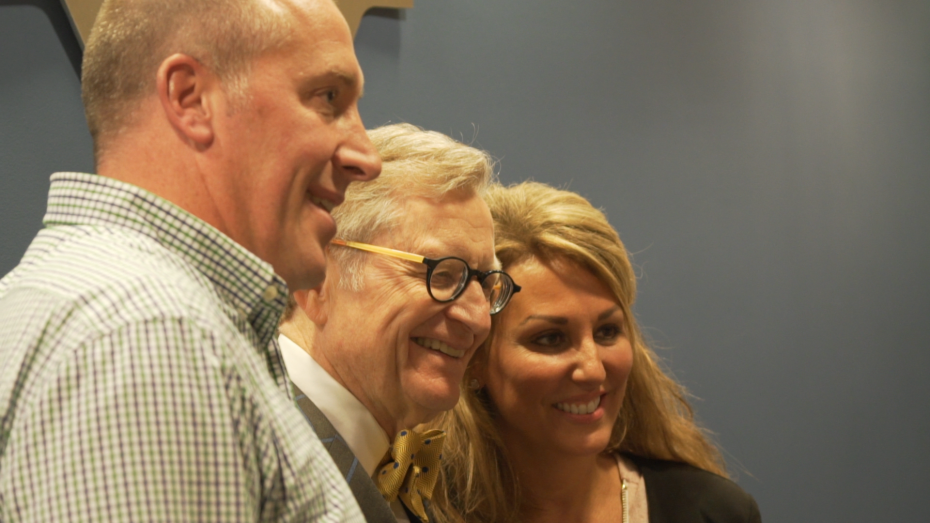 “This is a young man who had his whole life in front of him,” correspondent Andrea Canning said to Gee.

“Absolutely, and that breaks my heart, and it breaks his family’s heart, and that’s the reason I think we need to continue to undergo this kind of fundamental change that we’re doing,” answered Gee, who suspended Greek activity on his campus when Nolan was still in the hospital, and soon after instituted strict rules for fraternity and sorority life. More recently, he suspended five Greek organizations for a minimum of 10 years.

The “Dateline NBC” episode caught the attention of Daniel Catullo, a West Virginia alumnus and an award-winning producer and director. He watched the episode and was troubled. During his own days as a West Virginia student in the early 1990s, he was part of Greek life. But nothing like this was happening.

“When I was in college, there was hazing, but kids weren’t dying like this,” he told the News in a phone interview last week. “It’s getting completely insane right now.”

The data backs up Catullo's observation. According to data reported in 2017 by Hank Nuwer, a Buffalo native and journalism professor at Franklin College in Indiana, 200-plus college students died from hazing-related incidents since 1838. At least 40 happened in the last decade.

Catullo and staff researched the reasons and found multiple underlying issues: An increase in opioids (although no drugs were involved in Nolan Burch’s death). Social media pressures. A growing preference for hard alcohol over beer — and a lack of understanding about the effects. 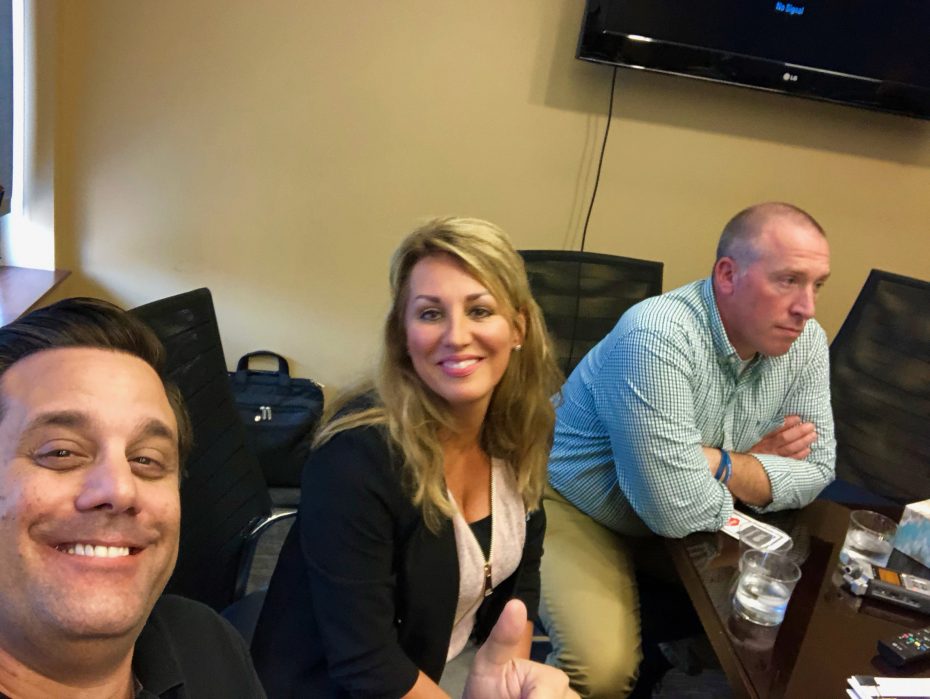 Hollywood producer Daniel Catullo, left, is producing multiple film projects about hazing, including the "Why Wouldn't You?" campaign with Michael Fiore of the Los Angeles-based ad agency Anyone Collective. The "Why Wouldn't You?" project prompts people to call for help when someone is in danger. Kim and TJ Burch believe this could have saved their son Nolan's life. (Photo courtesy of Daniel Catullo)

“We have to do something,” said Catullo, who reached out to Gee. Catullo arranged a meeting between the Burches and Gee, who have developed a strong relationship, and is working on multiple film projects in concert with the Burches and the university. That includes a longer documentary in which he hopes to find the young men who were present for Nolan’s hazing in an effort to find out what happened.

The Burches, meanwhile, are working with Buffalo-based director and actor Peter McGennis to develop a 20-minute short film that can be used to teach students about hazing and the potentially catastrophic consequences of standing by when someone needs help. That video includes both the security footage from the frat house as well as re-enactments of Nolan’s life — and death — in West Virginia. Both TJ and Kim Burch participate on camera alongside actors in those re-enactments, including Nolan’s final days in the hospital.

“I think the first thing (TJ) ever said to me is, ‘I want this to be raw,’ ” McGennis told the News. “Boy, was he willing to do everything to not only get to that, but to hit inspiration.”

This spring, TJ and Kim Burch plan to start a speaking tour, focusing on schools and any other groups that want to hear their message. They will show McGennis’ film and answer questions. They hope that by sharing their story, they will help prevent others from living it. They hope that Catullo’s documentary will help fill in the gaps on their son’s final moments. Their son’s life ended early, leaving them with memories like that photo with his “What’s next?” gaze.

Now, they are answering that question.