John Robins built a successful work life and retirement outside Chicago during the last four decades, but circumstances got the better of him in recent years.

He needed surgery to shrink an enlarged prostate.

His lower back gave out last year, after Robins and his children decided it was best for him to move back to his native Western New York.

“I love the Chicago area,” said Robins, 82, who spent his career with Moore Business Forms. “It was tough for me to move away. I had family here but very few friends. Most friends either moved away or passed away.”

Relocating to a senior community apartment, instead of a home of his own, added to his malaise.

“I got depressed, down in the dumps,” he said. “I had anxiety because I couldn’t sleep.”

Things began to improve last May, when Robins booked an appointment at Highgate Medical Group, and told Dr. David Pawlowski how he felt.

Highgate had just become the first primary care practice in the region to bring more mental health resources into its two offices through TCD Medical, a fellow Amherst company which helps support patients with behavioral health needs and chronic conditions.

“The key is the integration piece, so things don’t fall through the cracks,” Bates said.

Struggling with grief? Tips for coping with the holiday season

A dozen other practices which have since enlisted TCD look to identify and treat conditions early – before they become costlier not only for patients, but for all who shoulder the financial burden of U.S. health care.

Almost one in five adults in the U.S. has experienced some form of mental illness, according to the federal Substance Abuse and Mental Health Services Administration. The Milliman employee benefits research group issued a report earlier this year that estimated delayed and avoided behavioral care led to $406 billion in additional health care costs last year alone.

“We’re not going to wait around until more crises occur,” Pawlowski said. “I’m sick of signing death certificates of opioid misuse in young kids every month or two in my small practice. It really bothers me when I see seniors with heart disease or after a recent stroke for a hospitalization follow-up visit because of an attempted overdose with prescription medications.” 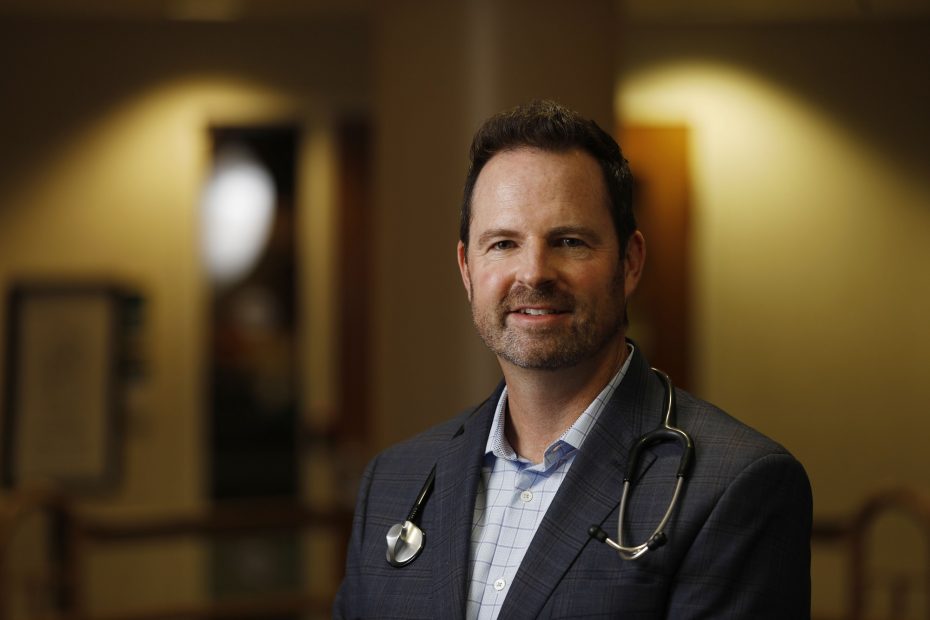 “The linkage is the key,” Dr. David Pawlowski says about TCD Medical's Behavioral Health Integration Program used in his group primary care practice. “When you're isolated, when you’re depressed, when you’re a caregiver caring for someone with dementia, you don’t know who to go to. Our message is, ‘We’ll get you through this.'" (Derek Gee/Buffalo News)

Those providers handle the kinds of cases familiar to all who work in family health practices: Senior citizens and others coping both with the loss of loved ones and health conditions of their own; families struggling with young loved ones hooked on opioids or recently diagnosed with a mental illness; caregivers ignoring their own needs because they are so focused on a spouse or parent slipping more deeply into more serious conditions.

A short doctor visit can’t address all the health and wellness concerns that come with these challenges.

“Of any point in their life, this is now the point where they’re least able to formulate a plan, take stock, figure out what to do, and put things in motion,” Bates said. “Part of what our program does, in effect, is do that for them.”

The TCD team that works with Highgate swung into action for Robins after he talked openly with Pawlowski. He wanted to feel better physically. That meant rehabbing his back, getting more sleep and addressing his mental health.

A nurse and licensed social worker – both behavioral health specialists who work for TCD but identify themselves to patients as part of the Highgate team – reached out to Robins by phone in the days after his first appointment with Pawlowski.

Social worker Pam Schasel continues to chat with Robins at least once a month, though discussions that once lasted an hour now run about 15 minutes.

“She’s a good listener,” Robins said. “She gave me some good hints in what to do. She gave me some reassurance that things weren’t quite as bad as I thought they were going to be. I felt better after that.”

After the first call, Pawlowski and the TCD team put together a care plan for Robins. A consulting psychiatrist reviewed the plan. It then became part of Robins’ electronic health record, so that all of his care providers would be on the same page when speaking with him. Most of the work was done by phone or online.

The plan included an over-the-counter antihistamine to help him sleep and an anxiety-reducing medication Pawlowski prescribed to take as needed. Had Robins' symptoms raised more alarm, his team would have referred him to more specialized care and support.

“Pam called me a month later and gave me cognitive tests, things like counting backwards and subtracting by threes,” Robins said. “When I got through, she said, ‘You did well.’ Meanwhile, the physical part of me was mending, too.”

During his latest visits to Highgate Medical, Robins has spent time with Pawlowski, but also TCD Medical staffers embedded full or part-time with the practice, including Ashley Wolff, behavioral health care manager and enrollment specialist. 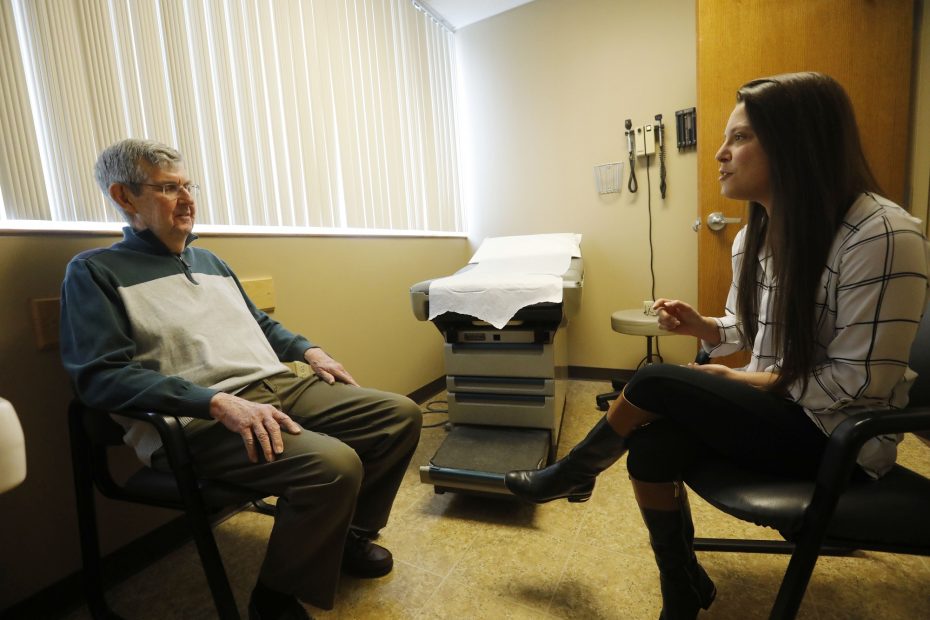 Until recently, health insurers – including Medicare and Medicaid – fueled the health care system with fee-for-service payments that encourage more reactive than preventative medicine. The system is slowly evolving into a value-based model that rewards health care providers who do a better job keeping their patients out of emergency rooms and hospitals.

“We have to make sure we have all the chronic disease states managed well,” Pawlowski said. “That takes preventative medicine, immunizations, fall risk assessments, and understanding social determinants of health” that include a patient’s ability to get to and from doctor visits and pay uncovered medical costs.

This means that most primary care doctors will begin to pay more attention to the mental health needs of their patients.

“One study showed 5 percent of people were screened for behavioral health and substance abuse problems, so one of the biggest cost drivers in the country – which dwarfs cardiovascular disease, dwarfs oncology issues – and no one has attended to it, or thought it was a big enough problem to put resources around,” Pawlowski said.

TCD Medical has created more than 1,250 patient care plans for the 13 practices it serves since rolling out its Behavioral Health Integration Program in May, company CEO Daniel J. Budzinski said. Its staff of 30, and growing, works full- or part-time in primary care practices and from an East Amherst headquarters where nurses and social workers interact with patients by phone.

“The linkage is the key,” Pawlowski said. “When you're isolated, when you’re depressed, when you’re a caregiver caring for someone with dementia, you don’t know who to go to. Our message is, ‘We’ll get you through this ... so you don’t need to worry about where to go and how to get there. Otherwise, what tends to happen is nothing.”

Most patients have embraced the change, Pawlowski said.

“You would think they would be resistant,” he said, but instead “they have asked, ‘Where has this program been?’”

Count Robins among the thankful.

He used a walker or a cane to get around in the months before his first Highgate visit.

He took his social worker’s advice to heart, pushing himself to exercise and looking to keep his mind as sharp as possible, in part by regularly playing Scrabble online with his son, Chris, who lives in Niagara Falls.

Robins also rebounded with better sleep and meaningful time spent with his five children, 10 grandchildren and six great-grandchildren – most of whom live nearby. He is walking on his own again, no longer needs anti-anxiety medication and, in September, moved into a new house in Lewiston.

“I’m able to do just about anything I could do before,” he said. “I’m feeling good.”