The All-Western New York first team defense was selected by The Buffalo News in consultation with Dick Gallgher and area coaches.

Trench Trophy finalist and two-way starting lineman helped Panthers to nine-win season, a division title and appearance in the Section VI Class B final. Class B-1 Defensive MVP recorded 68 tackles, 12 for losses, and 11 sacks. Two-year starter caps career with 125 tackles. Smith considers playing in final at New Era Field as his most memorable game of the season. He plans to attend Alfred University.

Trench Trophy finalist helped the seven-win Tigers reach a sectional final for the fourth time in five years in a different classification. Loynes recorded 82 tackles, including 40 solo stops, and had nine sacks. Three-year starter also recovered four fumbles for a defense that yielded 19.8 point per game. Loynes said his most memorable game was the Tigers’ Week Four comeback win at Williamsville North. 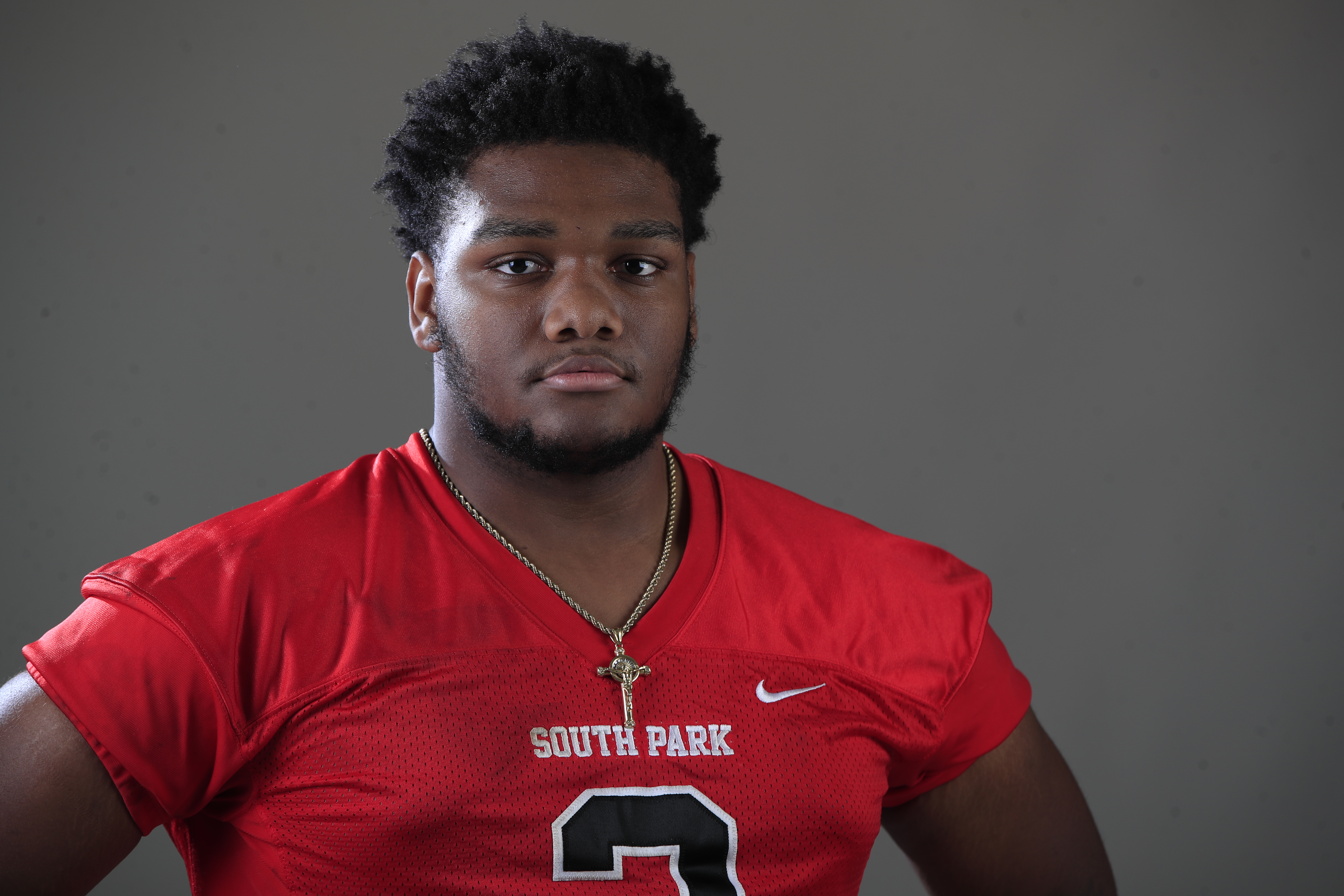 A member of one of the more intimidating starting defensive lines in Western New York, Renfro led the Sparks in tackles (80) and forced fumbles (six), and finished second in sacks (eight). Had 14 tackles for losses. He recorded the sack and forced the fumble that Elijah Lewis returned 43 yards for the game-tying touchdown in the final minute of an eventual double-overtime playoff loss at Grand Island. On his high school career: “It was fun and exciting.”

Roach broke his school record for tackles in a season by 27 when he recorded 151 this year. He made 29 tackles for losses, six sacks, forced three fumbles and had a defensive touchdown for the Warriors, who yielded the fewest points in Section VI prior to the start of the state playoffs. Tied single-game school record for sacks (five) and made 13 tackles in regular-season win over Iroquois.

A returnee from the 2017 state Class AA runner-up team, Mahony thrived moving from defensive line to linebacker. One of the top defensive players in Class AA, Mahony recorded 100 tackles, including 13 for losses, and added five sacks for the Section VI champions. Scored off a blocked punt and blocked two PAT kicks for the Legends. Mahony also plays offensive line for the three-time defending sectional champ.

The 2018 Buffalo News Player of the Year seemingly did it all to help Trojans win first Section VI championship since 1981 and first appearance in state final. Impact player on both sides of the ball, Dolac set school records for tackles in a season (145), rushing yards (1,993) and touchdowns (36). Finished with 112 solo tackles, forced eight fumbles and made three interceptions. 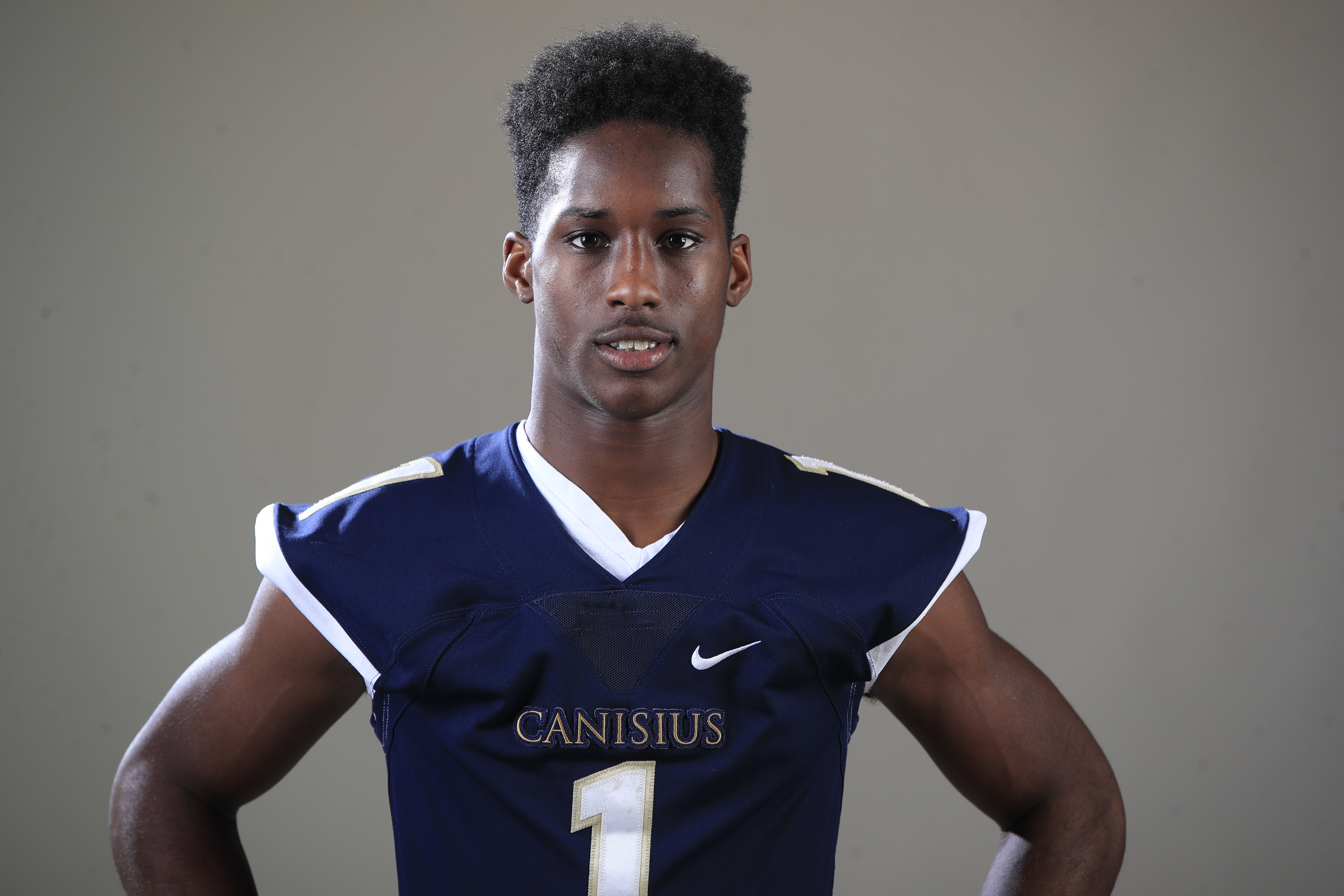 Hard-hitting safety Jamison makes move from the third team to the first team. Led Crusaders with eight interceptions and forced three fumbles. Jamison also led his team in all-purpose yards (1,106). He finished with six touchdowns, but scored four different ways (rushing, receiving, kick return and interception return). Forced 21 turnovers over the past two seasons, including eight fumbles as a junior.

Repeat first-team selection and three-year starter. Law made 81 tackles, including 11 for losses and recovered a fumble. The two-time all-state selection  rushed 79 times for 893 yards and 16 touchdowns. Considers win over Cleveland Hill as his most memorable game of the season, a contest in which he scored on a 22-yard run and on a 24-yard reception. Law also plays basketball. Undecided about what college he will attend.

The Indians’ defensive MVP for the season, Ball completed his third year as a starter with 82 tackles, eight tackles for losses and five interceptions. Scored on interception return in win over Hamburg. Scored touchdown that set up game-winning conversion in sectional semifinal win over Starpoint. Rushed for six touchdowns and averaged 13 yards per carry. Helped program capture state title in 2017. 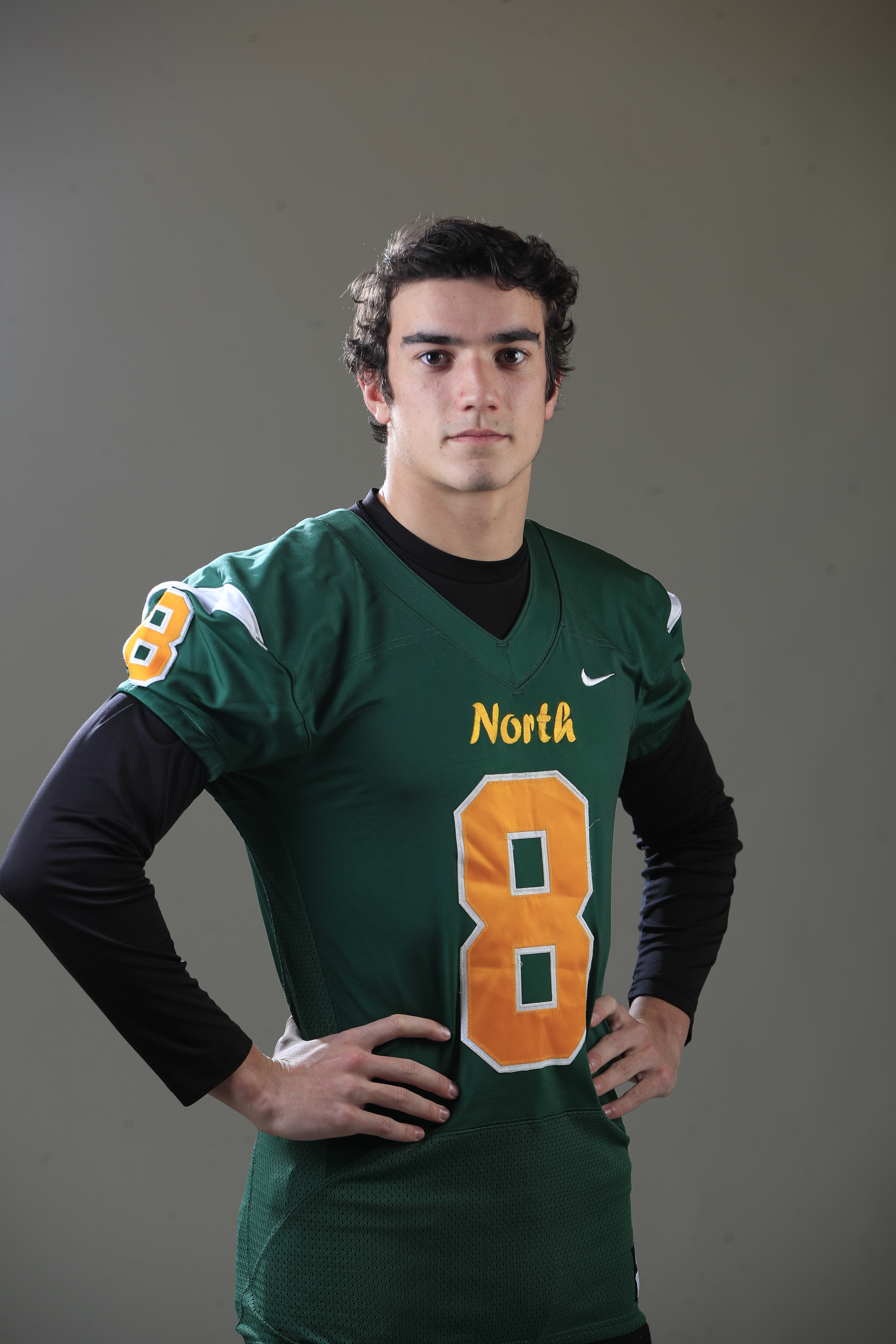 Connolly Cup finalist and Class AA Division Defensive Player of the Year, Kelly recorded 63 tackles, including 10 for losses, three interceptions and two forced fumbles. Displayed knack for delivering big plays when his team needed them most. Caught game-winning touchdown in Week Two overtime win at Clarence. Finished with 32 receptions for 730 yards and 13 TDs — a school record. Albany, Edinboro and Slippery Rock are among his college suitors.

The Ohio commit finished 22 for 22 on PAT kicks and went 6 for 6 on field goals. Twenty-four of his 36 kickoffs went for touchbacks. Also averaged 35.2 yards per punt with five downed inside the opponents' 20-yard line. Led Canisius with 4.5 sacks and made 14.0 tackles for losses. Caught 14 passes, including three touchdown passes. Raised more than $10,000 in donations for childhood cancer as part of the Kick-It program through Alex’s Lemonade Stand.