Here are the members of the All-Western New York first team offense as selected by The Buffalo News in consultation with Dick Gallagher and area coaches.

Explosive, big-play threat averaged 14.2 yards per carry and finished with 1,175 yards and 10 touchdowns for team that split carries between four running backs. Most memorable game came during Week 5 win over Lancaster in which he rushed 13 times for 275 yards and two touchdowns. Rushed for three touchdowns in division-clinching win over Niagara Falls. Scored on 91-yard run on Bennett’s first play of sectional final. Recorded five sacks as a linebacker. 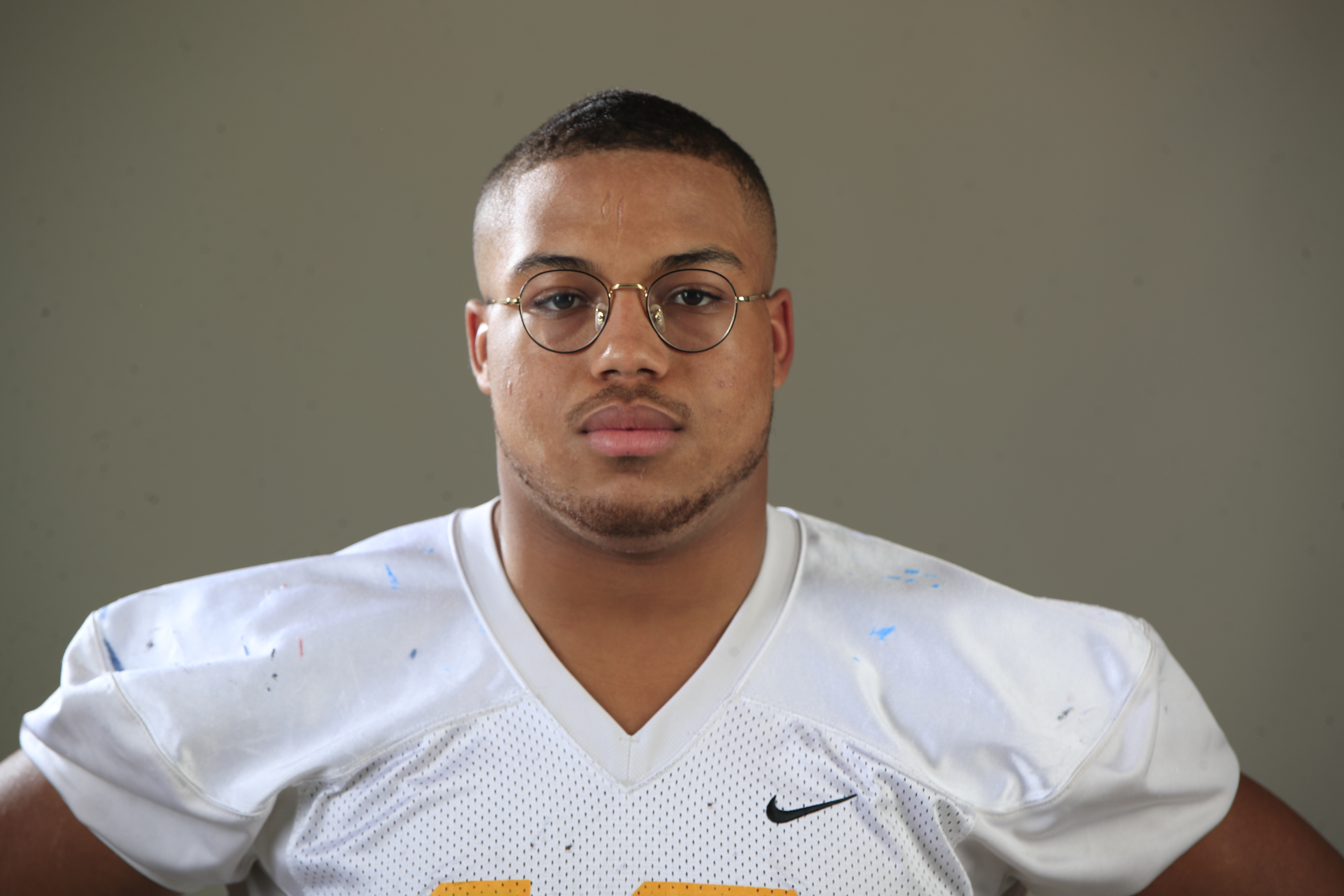 Fourth-year starter thrived in shift to running back from tight end, setting six school records. Rushed for a Western New York-high 2,118 yards on 218 carries and scored 32 touchdowns to help Panthers win division title and reach Section VI Class B final for the first time since 2001. Rushed for 250 yards and four touchdowns in Week Four win at Cheektowaga. On defense, Rigerman made 101 tackles and three interceptions.

Perhaps the fastest receiver in the area, the Lions’ top play-maker gave opposing defenses problems. Despite being double- and triple-teamed, the University at Buffalo verbal commit broke the Western New York record for receiving yards (1,244) in a season. Set school record for receptions (47) and touchdowns (17) in a season. All-American in track as a sophomore. Placed fourth in the 400-meters dash at the state track and field championships last spring. 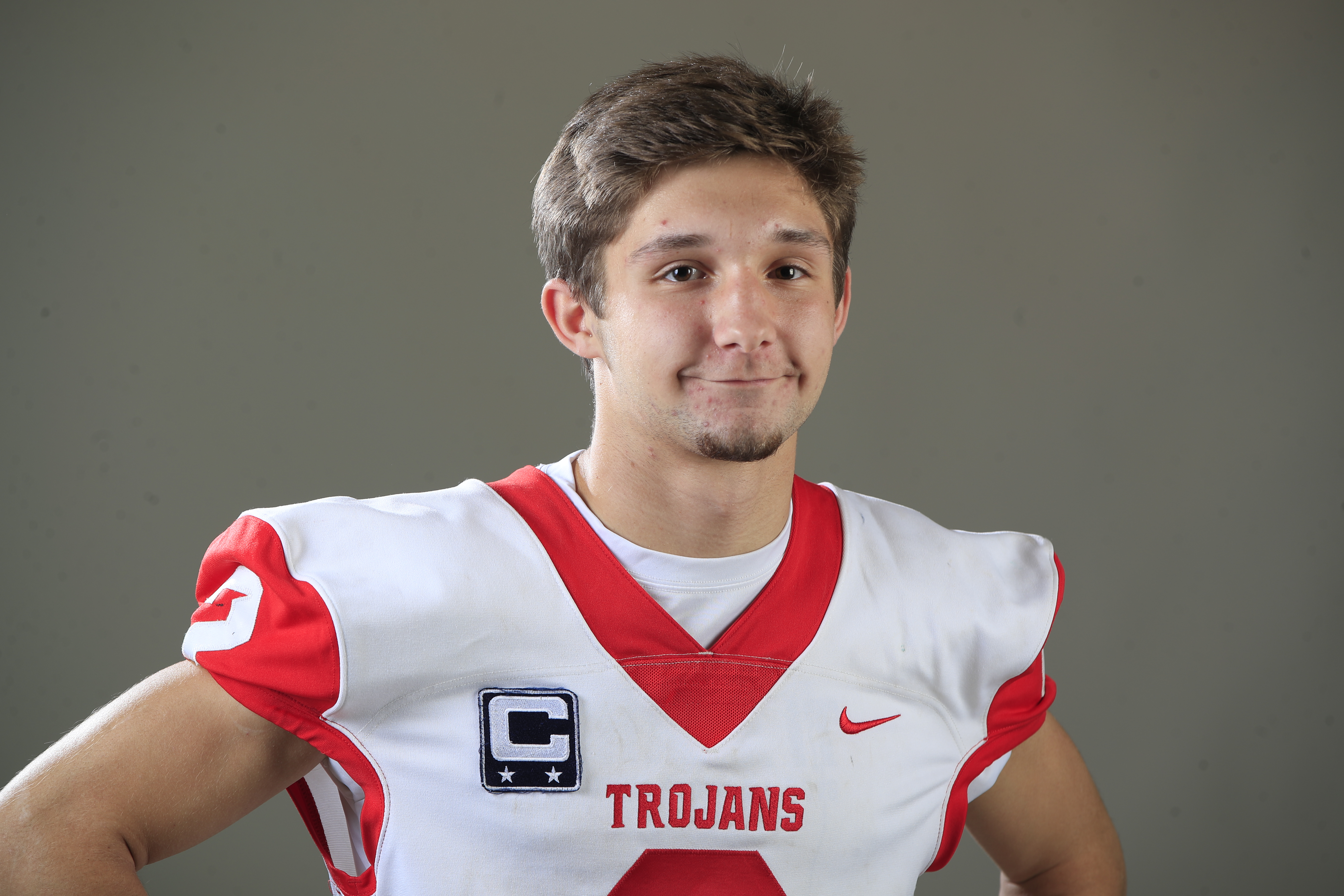 Four-year starter, three-time All-Catholic and last year’s Trench Trophy Underclassman of the Year is a finalist for the main Trench Trophy awarded to the area’s top senior two-way lineman. Boyd helped lead a balanced Hawks attack that won Monsignor Martin Class B championship. O’Hara averaged nearly 300 yards per game. On defense, he made 65 tackles, including 10 for losses, and 7.5 sacks. Forced and recovered three fumbles, returning one for a touchdown. Also plays the trombone.

Trench Trophy finalist and University at Buffalo commit anchored Marauders' offensive line, which paved the way for a crew that averaged 278 yards rushing per game. Three-year starter considers his first touchdown, scored in a Week Eight win over Chaminade College (Ont.), as his most memorable moment of the season. Doty also is the reigning New York State Catholic High Schools Athletic Association champion in the shot put and discus. 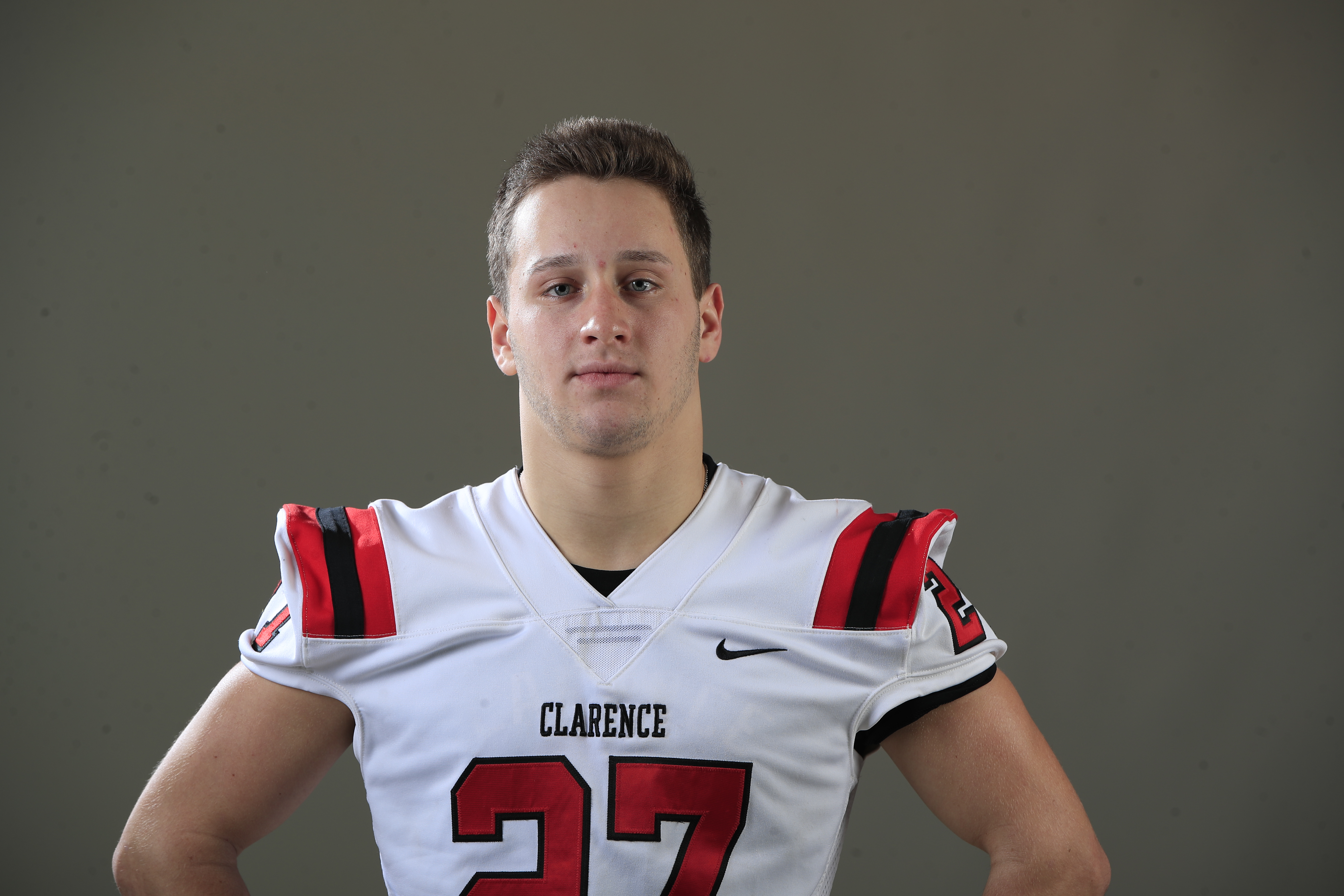 Three-year starter ends career as one of most versatile players in Clarence history. Three-sport athlete’s favorite moment came in Week Nine win over Hutch-Tech in which he finished with two pick-sixes, rushed for 187 yards and two scores, and set the school record for points in a game (28). Scored school-record 155 points, finishing season with 20 touchdowns, including school-record nine receiving. Also nailed 18 of 20 PAT kicks and 3 of 4 field goals. Made 42 tackles and three interceptions at cornerback.