You know that scene in the 1989 romantic comedy "When Harry Met Sally" (no, not that one) when the two title characters playfully pronounce words such as paprikash and pepper at the Metropolitan Museum of Art?

Well, if you've ever wanted to re-enact that scene without traveling across the state to the Met, our Albright-Knox Art Gallery more than suffices as a stand-in.

In fact, Buffalo's cultural corridor – rife with parks, museums, galleries and bars – could easily be the backdrop of any rom-com. We used three romantic comedies - "When Harry Met Sally," "(500) Days of Summer" and "The Break-Up" - as our muse for cinema-inspired dates in Buffalo.

Dates are central to rom-coms and each follows a similar formula that likely include a classic bowling scene, karaoke or a  stroll through a museum.

Then afterward – because your date won't end when a minute-and-a-half-long scripted scene would – we also have a few ideas of where to eat and drink to finish the night. 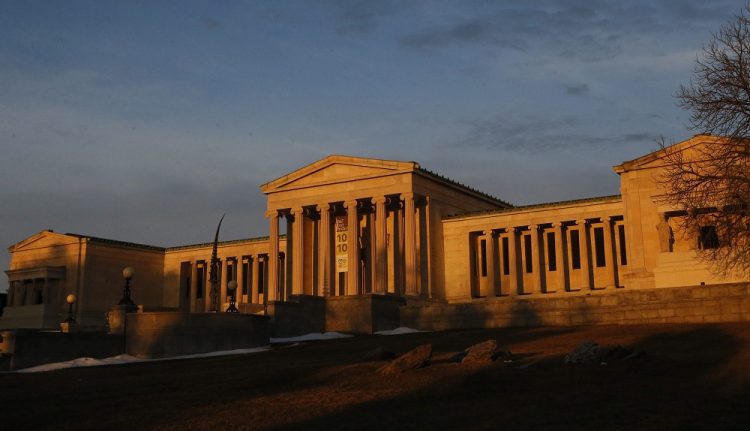 Albright Knox Art Gallery, 1285 Elmwood Ave.
You might have to start your nighttime date a bit earlier to block out enough time to take in all of the art. With the exception of M&T's First Friday event, the gallery closes at 5 p.m. But if this is a stop during a Saturday afternoon date (or a straight-out-of-work date), then you'll have plenty of time to spare to glimpse the gallery's exhibits and discuss pecan pie.

Burchfield Penney Art Center, 1300 Elmwood Ave.
If you're going to the Albright-Knox, you might as well visit its neighbor across the street. Echo "paprikash" through its sound-bouncing rotunda and study Charles Burchfield's mesmerizing landscapes. Stop by the cafe in the lobby for a bowl of soup or coffee.

Buffalo History Museum, 1 Museum Court
If you're visiting both museums, stop by the History Museum right down the road. Learn about Buffalo's rich industrial background, the Pan-American Exposition or its more recent initiative, a collection of wedding memorabilia from married same-sex couples in Western New York. 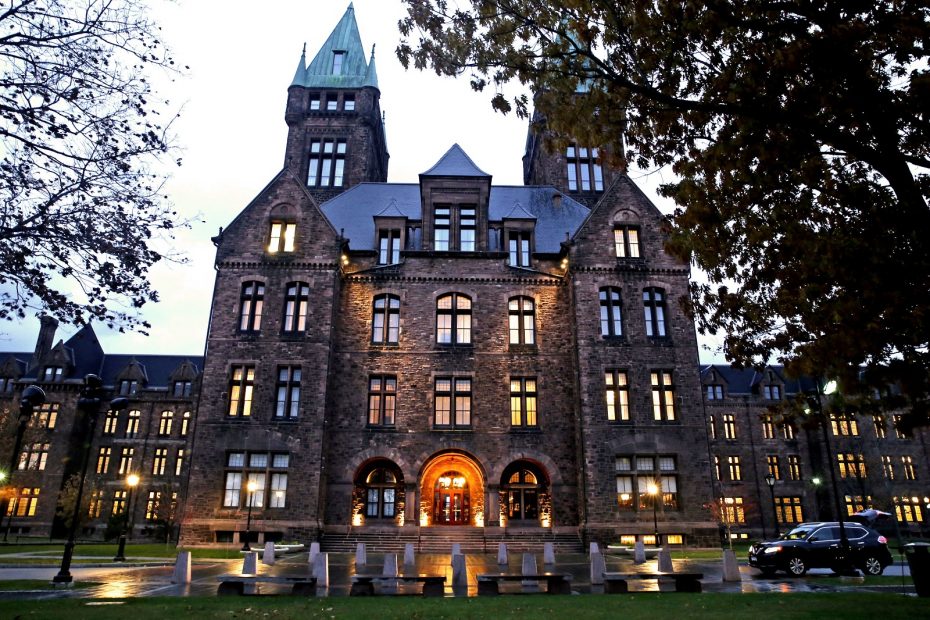 100 Acres: The Kitchens at Hotel Henry, 444 Forest Ave.
Soak up the Richardson Olmsted Complex's historic architecture while inside Hotel Henry's restaurant, 100 Acres. The complex recently won a prestigious preservation award for its restorative efforts and now you can now go inside its boutique hotel and admire the architecture from the inside outward.

[Related: At 100 Acres, a historic setting for modern culinary feats]

Forty Thieves, 727 Elmwood Ave.
You know you're in the right place when you see Nikola Tesla painted on the side of the bar and the inside has to be reaching maximum capacity. I know you just ate at 100 Acres, but that's a small-plate restaurant, so if you can stomach more food, order the PB&J burger at Forty Thieves and split it in half. 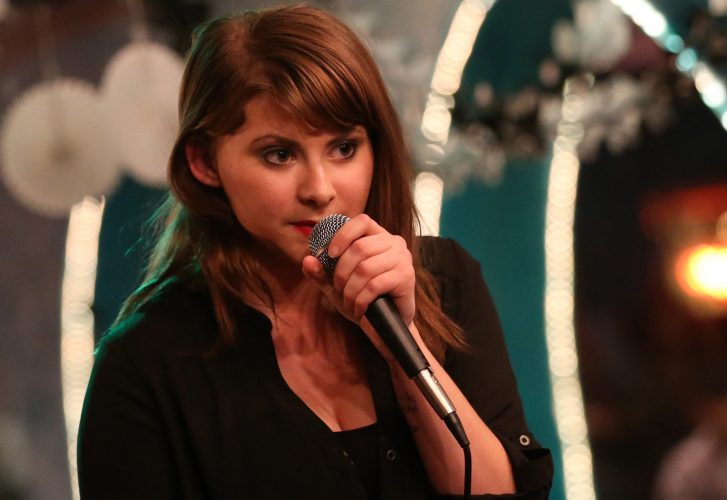 In the movie, the two enjoy after-work karaoke and show off their unrealistically good singing skills. Even if you don't possess the same lyrical talent as two successful actors, singing "I Will Survive" at this neon-lit, musical dive is as much fun, probably even more.

Five nights a week, Milkie's has something to do: music open night on Tuesdays, comedy open mic on Wednesdays, karaoke on Thursday and live music on Friday and Saturday.

The Place, 229 Lexington Ave.
Even the Talking Heads would (probably) agree, this must be the place. It's close to Milkie's and feels like a place Summer and Tom would frequent. 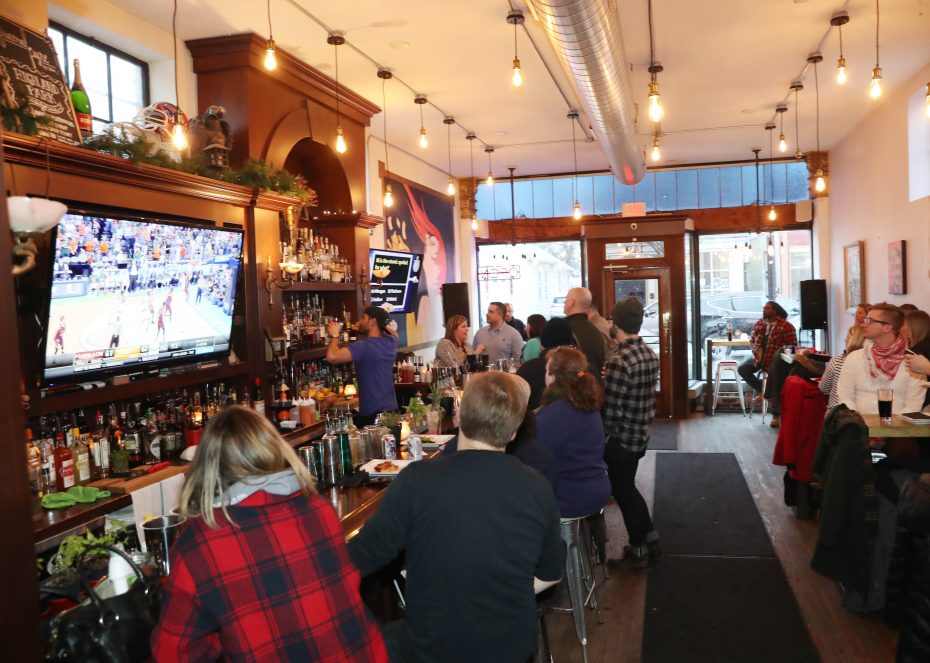 A happy hour crowd gathers at Savoy for trivia night and to catch a game. (Sharon Cantillon/Buffalo News file photo)

Savoy, 149 Elmwood Ave.
After chill karaoke, amp the party up at the Allentown cocktail bar Savoy. Loud music usually blares from the weekend DJ's set, filling the intimate bar with noise, but nothing a Moscow mule couldn't help. Plus, the loud, drinking atmosphere drowns out any post-karaoke embarrassment. 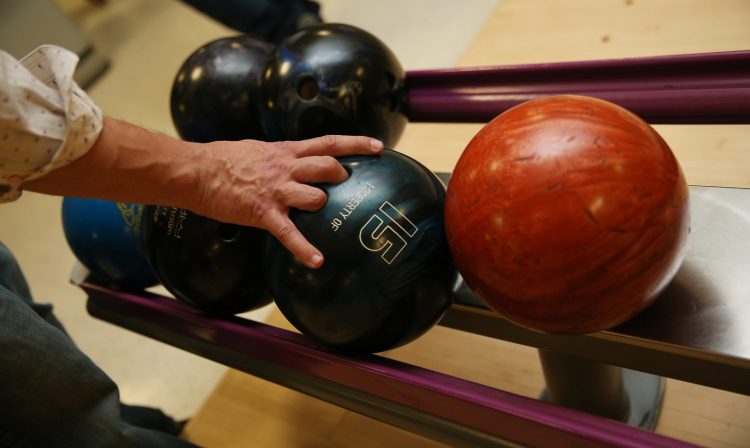 Voelker's, 686 Amherst St.
What would a romantic comedy montage round-up be without a classic bowling scene? Lace up your bowling shoes and sprinkle  movie magic over the century-old Voelker's, pretending you're Brooke (Jennifer Aniston) or Gary (Vince Vaughn) in "The Break-Up." Or, actually, pretend you're not them... because they broke up.

Coles, 1104 Elmwood Ave.
After a night of old-school activity, it's only fitting to dine at an old-school tavern. Coles has been serving drinks and a-step-above-bar food for decades. Find plenty to talk about if conversation lulls by just pointing out random banners and pennants throughout the bar, or by watching generations of people drinking pints or scarfing down a Reuben. 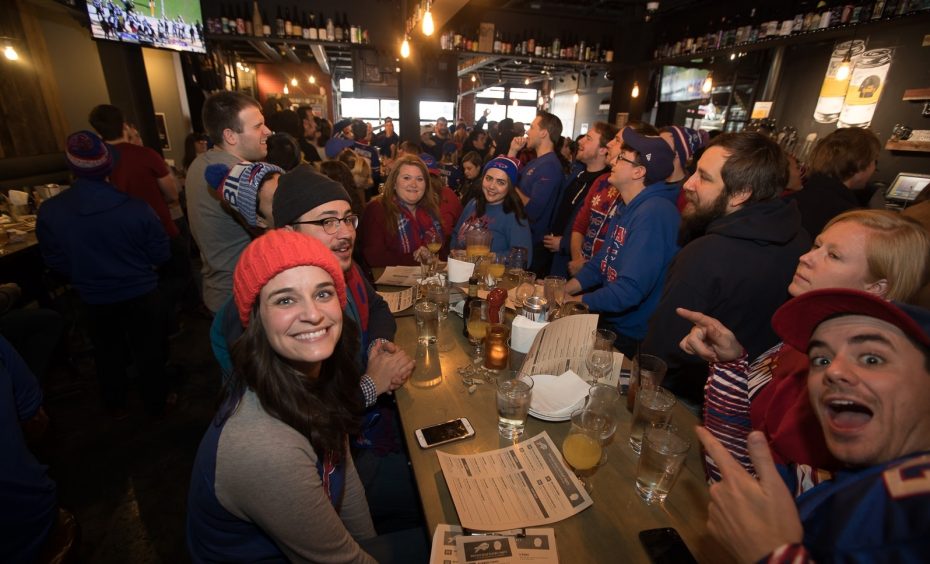 Thin Man Brewery, 492 Elmwood Ave.
Change speed by heading over to a comparatively new establishment, Thin Man. Pregame at Coles, but go to Thin Man for its own craft beer and vibrant nightlife. There are a few things you can count on. If there's a game being played, it will be on. If it's a weekend night, there will be music. And there will be glasses of expensive beer in each person's hand, probably spilling onto the ground.