Owned by Burma native Than Oo, a veteran of Sun Restaurant, the Thai-Burmese hybrid offers all the curries and noodles you’ve come to expect from Buffalo’s burgeoning Burmese food scene, with an additional emphasis on “healthy” alternatives.

Take Street Asian’s varied selection of salads, which range from Thai beef ($12) to papaya ($9) – and which the menu promises “are among the healthiest in the world.”

Far be it for this eater to evaluate nutritional superlatives, but a mild, crunchy tea leaf salad ($7) did arrive tangy with fermented tea leaves, or lahpet, and loaded with peanuts, ginger and tomatoes. 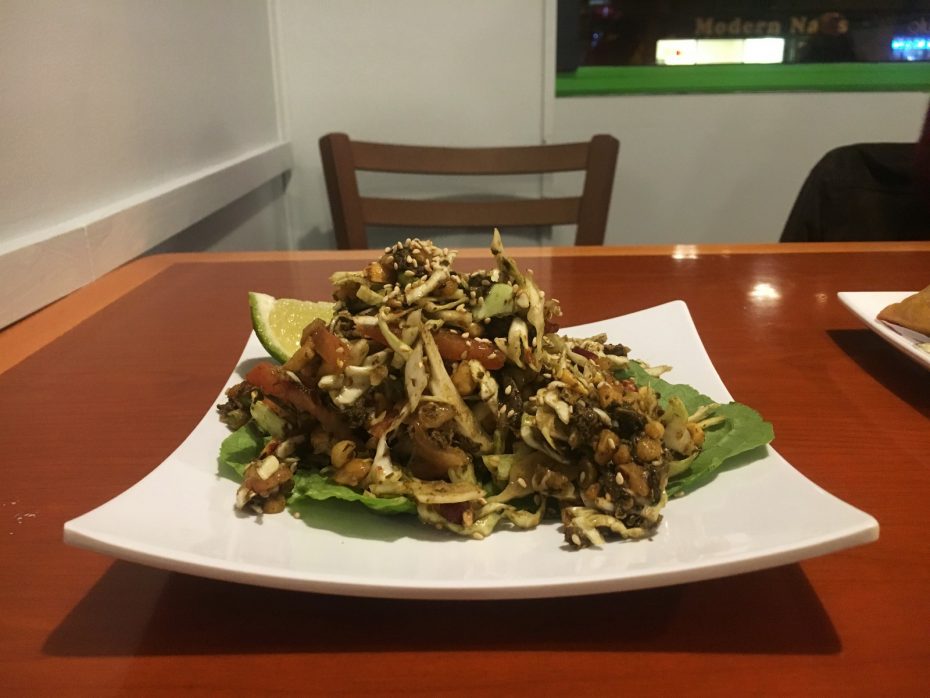 Further down the Burmese half of the menu, a trio of curry-packed potato and ground beef samosas ($6) arrived swathed in a paper-thin crisp of a shell. The accompanying housemade sauce is just sweet enough to mask a fierce underlying heat from red chili peppers.

[Related: See the menu for Street Asian Food at its Facebook page] 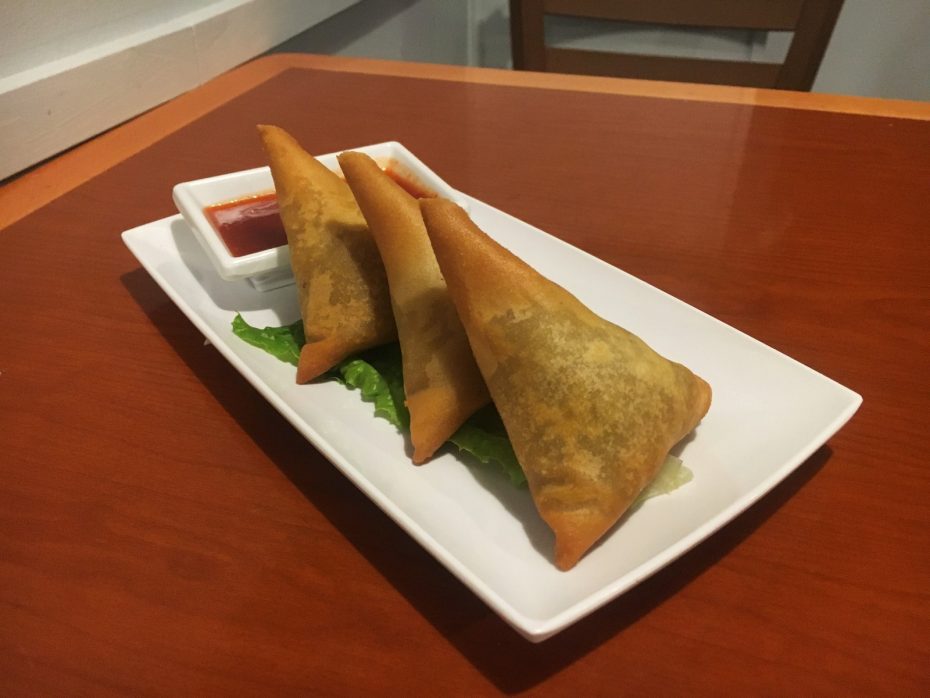 A bowl of Burmese chicken coconut noodle soup ($12) brimmed with hard-boiled egg, chicken thigh and fat egg noodles. Yours truly found herself wishing Street Asian had some flatbreads on offer, just to scrape the last of the sweet curry broth from the bowl afterwards. 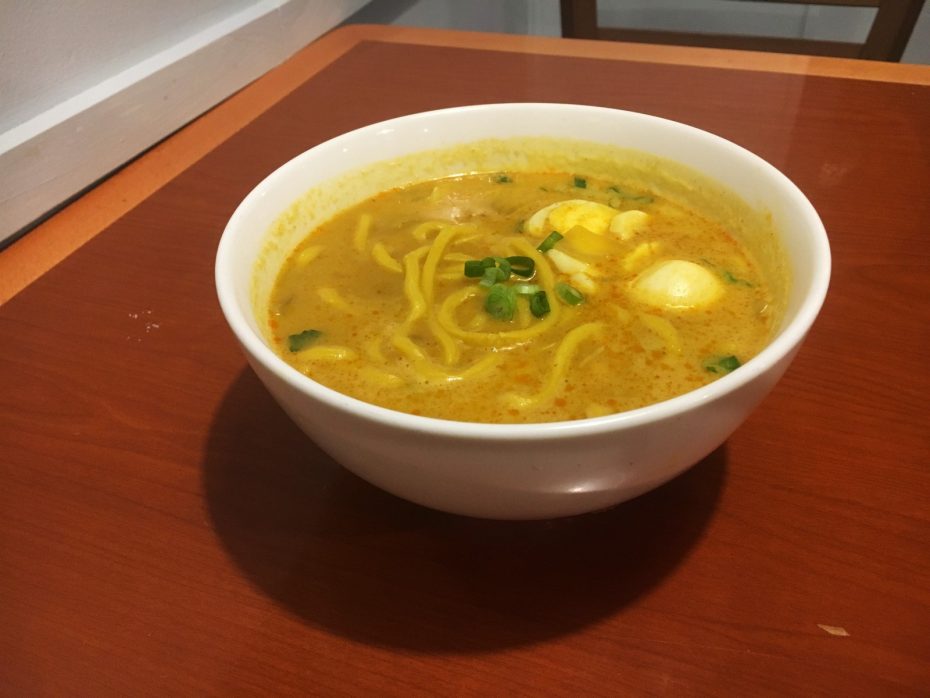 And speaking of scraping, Street Asian’s sleeper fried rice is heavy on the good stuff: those crunchy, nutty, golden grains that caramelize at the bottom of the pot. We ordered ours alongside roasted duck and steamed vegetables ($22, picture at top). But flecked with peas, carrots, peanuts and scallions, the rice alone could have made a light meal.

Entree-sized versions are also on offer, fried with bell peppers, beans and a choice of meat, tofu or vegetables (from $12).

True to its name, Street Asian offers a smattering of dishes from other cuisines, as well, including both white and black rice sushi ($5 to $15), General Tso’s chicken ($14) and pad Thai (from $12). Try the pad Thai with pork, which pairs well with Street Asian’s mild, slightly sweet tamarind sauce. 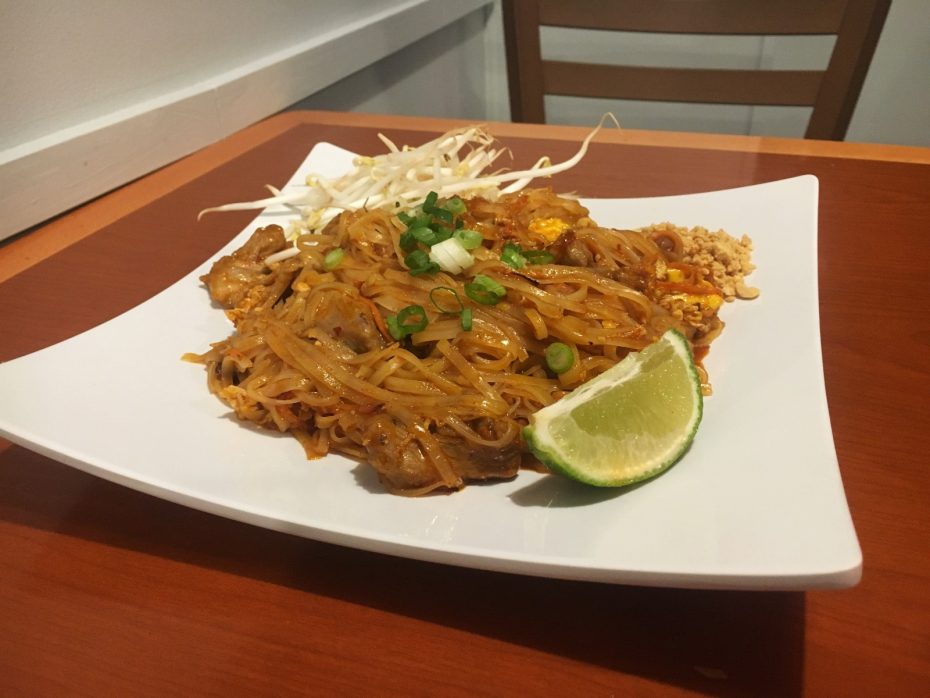 And true to its inspirations, the restaurant seems geared more toward eating out than dining in – there’s seating for only about 20 patrons. But Street Asian offers takeout until 10 p.m. on weeknights, as well as delivery via SkipTheDishes.