No elephants marching down the aisles.

If you bought a ticket to "Hamilton" expecting flying carpets, glittering treasure caves or chocolate waterfalls, disappointment awaits. But for everyone else, the touring version of Lin-Manuel Miranda's hip-hop history musical is spectacular without the spectacle. Its vivid hip-hop warts-and-all retelling of the birth of America is enough.

Tuesday night's opening performance at Shea's Performing Arts Center revealed a nearly seamless show, even with understudy Alexander Ferguson stepping in for Josh Tower as Aaron Burr. (Tower returns to the role on Nov. 30; until then, his part will be played by Ferguson or Edred Utomi.)

The looming double-tiered set, resembling the interior of an 18th century shipping warehouse, frames an open stage equipped with massive turntables. The design is magical in its simplicity, pairing perfectly with "Hamilton's" kinetic score, as the action shifts almost organically from one scene to another as the tables invisibly turn.

While that energy enveloped the stage, another dynamic seemed to be playing out in the audience. Die-hard Hamil-fans, many knowing the lyrics by heart from the original Broadway cast recording and YouTube videos, were so ready for this performance some had trouble not singing along.

Meanwhile, traditional ticket holders who were seeing what all the fuss is about for the first time were more fixedly attentive, trying to capture the gist of the fast, rapping lyrics as the characters raced toward a revolution.

[Related: If you liked "Hamilton," here's what else Buffalo theater has in store] 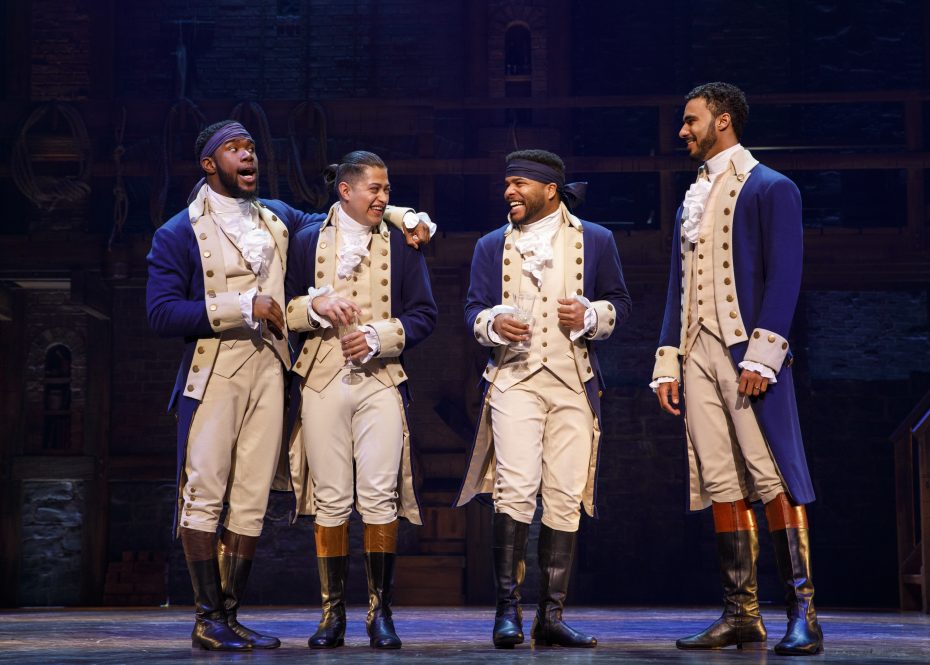 Austin Scott is a confident, charismatic Hamilton, his strong voice complementing his character's intelligence and ambition. The other Founding Fathers – Paul Oakley Stovall as Washington, Bryson Bruce as Lafayette and Jefferson and Chaundre Hall-Broomfield as Madison – are equally strong as contentious men joined for a common cause. 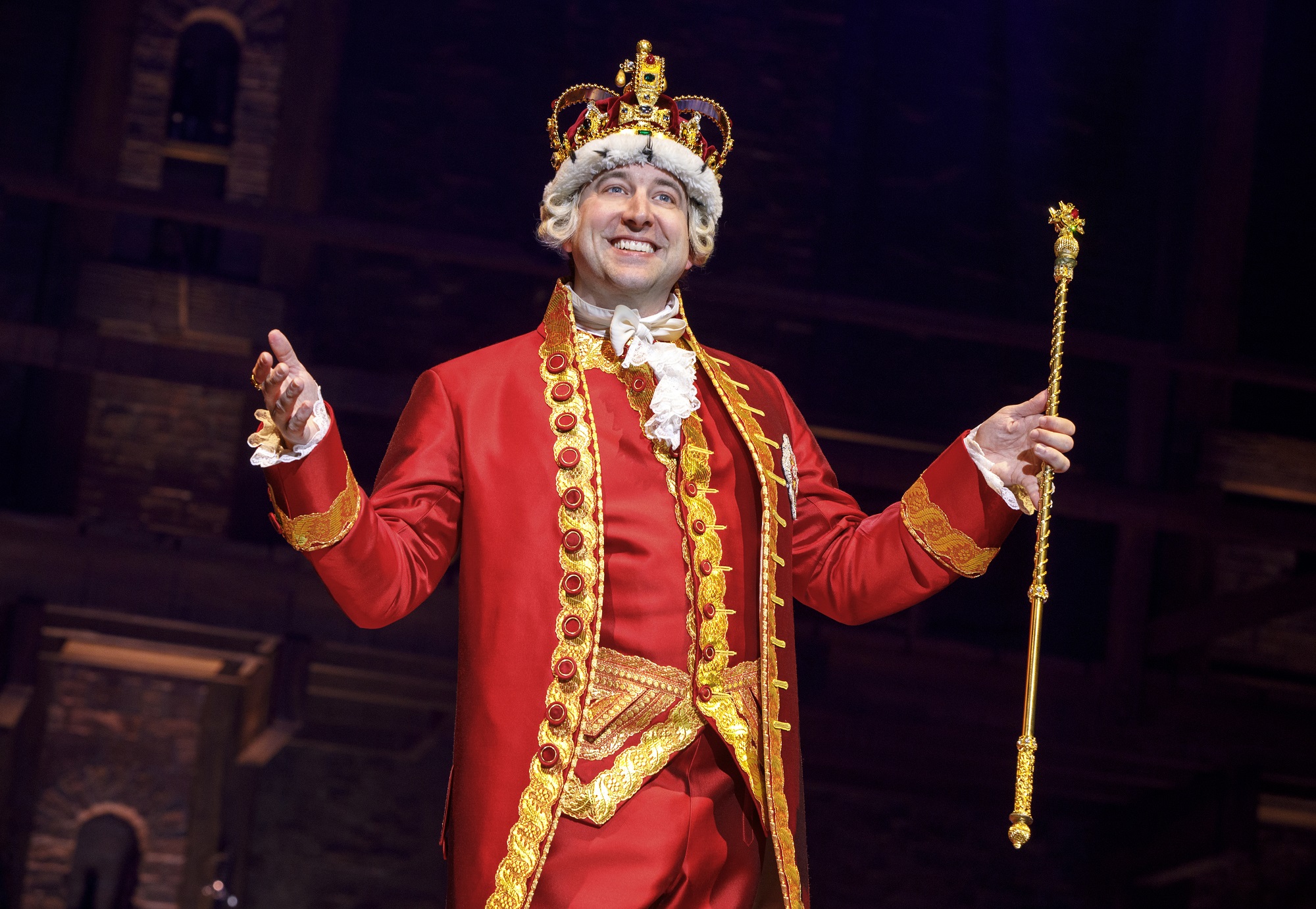 The women, however, are especially powerful in their historically supportive roles. The voices of Hannah Cruz as Eliza Hamilton and Stefanie Umoh as her sister, Angelica, carry their pain and passion across time and place, reminding us of the humanity of these near mythological men of history.

And then there's Peter Matthew Smith, wearing the crown of King George III with a comic self-importance most reminiscent of King Herod in "Jesus Christ Superstar." His arrogant cluelessness proves a refreshing counterpoint to the earnest urgency of his colonial adversaries.

While the colonies are fighting a revolution based on principle and economic fairness, smaller battles are being waged among the founders. Hamilton's aggressive pursuit of influence and stature is a constant irritation to the more measured Burr, who we see moving from grudging admiration to the angry mix of envy and anger that culminates in the most famous duel in American history.

Miranda tells his story almost entirely in song, building, as Eliza Hamilton says of her husband, "palaces out of paragraphs." Inspired by Ron Chernow's massive biography "Alexander Hamilton" (which is credited in the program), he reminds us that Hamilton and the other founders built a country based not on petty politics but on ideas.

His rhythm and poetry score captures their belief in their cause, a belief that is so urgent, so life-and-death and so genuinely human that other differences need be set aside. And when they are not, the result is ruin, the kind that was found on a field in New Jersey, where two men took up pistols and rewrote their own histories.

The strength of the show is in its marriage of authenticity and relevancy. It doesn't matter that this George Washington is black and bald. What matters is his resolve, his leadership and his extraordinary political integrity. And so on.

And again, for maximum enjoyment of the show, listen to Miranda's music at least once before you go. Recordings can be found free online on YouTube and elsewhere. You don't want to miss this shot.

Through Dec. 9 in Shea's Buffalo Theatre, 646 Main St. For tickets, go to ticketmaster.com, sheas.org, and the Hamilton app where you can also learn more about the daily $10 ticket lottery.