ALBANY – Like others pleading for leniency, Alain Kaloyeros turned to family members, friends, colleagues and community leaders to help make his case before a federal judge who will decide soon on his punishment for conspiring to rig the bidding process for the Buffalo Billion solar plant at RiverBend.

But Kaloyeros, always colorful, also got letters of a support from other acquaintances, including his personal trainer, his tennis coach, an employee at a tanning salon where he’s been a regular for more than a decade, and a man who came to his home outside Albany to fix his treadmill.

Kaloyeros, the founder and former head of SUNY Polytechnic Institute in Albany, is scheduled for sentencing Dec. 11 before U.S. District Court Judge Valerie Caproni in Manhattan for his role in the bid rigging corruption case that also ensnared Buffalo businessman Louis Ciminelli. The ex-LPCiminelli leader is being sentenced next week. A former LPCiminelli executive, Kevin Schuler, who pleaded guilty for his part in the matter, will be sentenced sometime early in 2019.

Though without big names from the world of politics and cultural institutions that Ciminelli sent to make his case to the same judge, Kaloyeros' lawyer on Monday sent a batch of letters from 48 people who focused on the influential role Kaloyeros played in the Albany area's economy.

Paula Kaloyeros, who married Alain Kaloyeros in 1987, sent the first letter to Caproni. She told him stories about Kaloyeros’ upbringing in Beirut, where he was born in 1956, during the Lebanon civil war, and how he was injured twice, once by flying shrapnel while driving a Red Cross van. She talked of the injuries on his wrist, the scars of which Kaloyeros has been known to show to reporters during interviews as he talked of his days in college while serving in the Christian militia.

Paula Kaloyeros, who is separated from her husband, urged the judge to be lenient in the interests of the couple’s two boys – both in their 20s; one relies on her husband for financial support as he finishes college in pursuit of a career, like his father, in nanotechnology. Both sons wrote letters to Caproni, too. 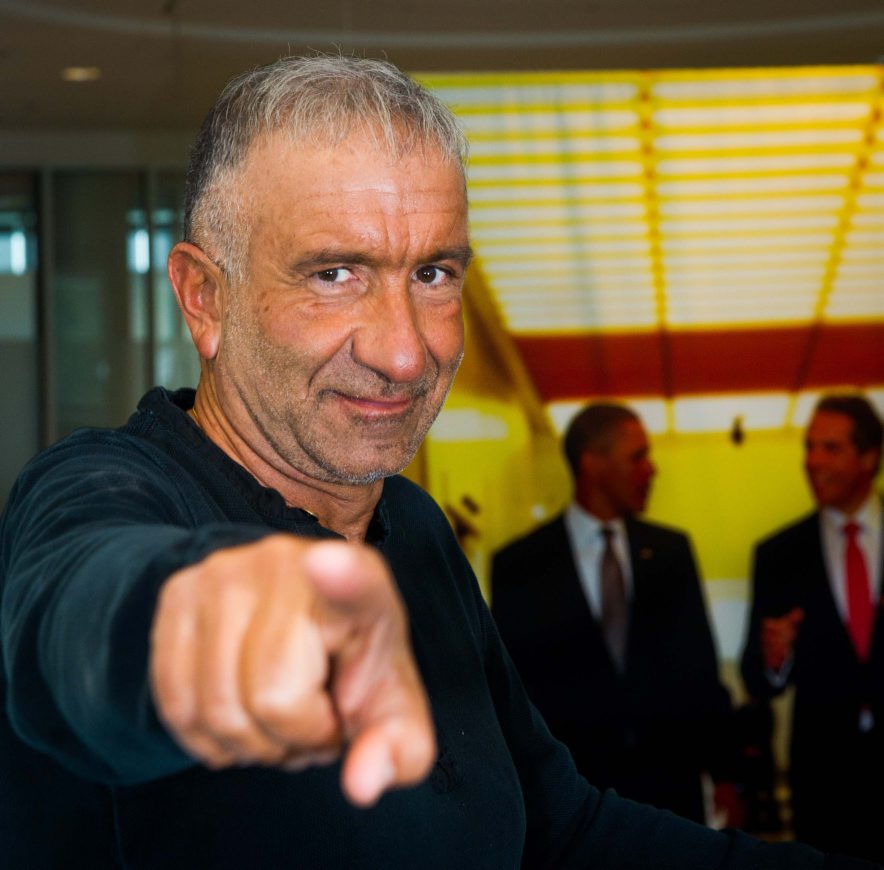 “Folks, this is real. This is like the Yankees coming to Buffalo. This is like the Bills winning the Super Bowl,” Alain E. Kaloyeros said at news conference when the RiverBend project was announced. (Shannon DeCelle/Special to The News)

So, too, did former students at the Albany campus that Kaloyeros built through a combination of grit and a keen ability to work politicians at the top rungs of state government. He convinced a series of governors and legislative leaders to support his efforts, which saw the college grow from 70,000 square feet to 1.5 million square feet of classrooms, clean rooms and areas for high-tech companies to locate to conduct research.

“The world needs people like Alain Kaloyeros actively helping to strategically innovate and inspire others in order to continue progress in technology," wrote one former student, Genevieve Kane.

Fred Dicker, a longtime fixture in the world of Albany journalism, also wrote to the judge. He is the former state editor of the New York Post and host of a longtime radio show on Albany’s WGDJ-AM that focuses on state government and politics.

David Catalfamo, who worked on economic development projects with Kaloyeros from 1997 to 2006 when he was a senior aide in the administration of Gov. George Pataki, said he never heard any discussions about political donations from individuals who could stand to benefit from the state’s investments with Kaloyeros’ projects and never saw evidence that Kaloyeros was motivated by personal gain. “He cared about his university, his students and the state," Catalfamo wrote.

The former Pataki adviser said Kaloyeros transformed Albany in the world’s hotspot for nanotechnology research. “This would not have happened without his leadership," he wrote.

Kaloyeros was convicted of being part of a scheme to steer the Buffalo Billion development, which later included the $750 million state investment at the RiverBend solar plant, to Ciminelli, who was a major contributor to Gov. Andrew M. Cuomo.

“Alain Kaloyeros is a good man," Michael C. Miller, who led the legal team representing the ex-SUNY campus leader, wrote to the judge in a 44-page letter outlining a series of stories about Kaloyeros and legal reasons why he should get a lesser sentence than federal guidelines might suggest.

Miller wrote that guidelines’ range of 135 months to 168 months, as well as a probation officer’s pre-sentencing report recommendation of 48 months, are excessive. He asked for a sentence at the low end of 4 to 10 months, saying, in part, that the higher sentence ranges were based on faulty calculations.

Also, he wrote, Kaloyeros, once the highest state paid worker, did not personally gain from the scheme. “He lost his career and income. He is not a danger to society and his conviction has already sent a powerful message throughout the state," Miller wrote of what he called events that were “a humiliating aberration in a career devoted to his students, his research and his adopted home."

One writer said the governor of Texas and executives at Intel tried to lure him from Albany, but that he stayed because of his “passion for the state." Other support letters came from a video game company founder, the former president of Atari, the video game and computer company, and former investigators with the State Police who worked at Kaloyeros’ college and said they never witnessed any wrongdoing on his part.

Cuomo tapped Kaloyeros to head high-tech economic development efforts from Buffalo to Albany. Scottpatrick J. Sellitto, a founding partner of Buffalo’s New York Center for Nanomedicine Research, had the final letter in the packet sent to the judge. “In no small part because of Dr. Kaloyeros effort, my company and others are performing nanomedicine and bringing jobs to the Buffalo area," he wrote.