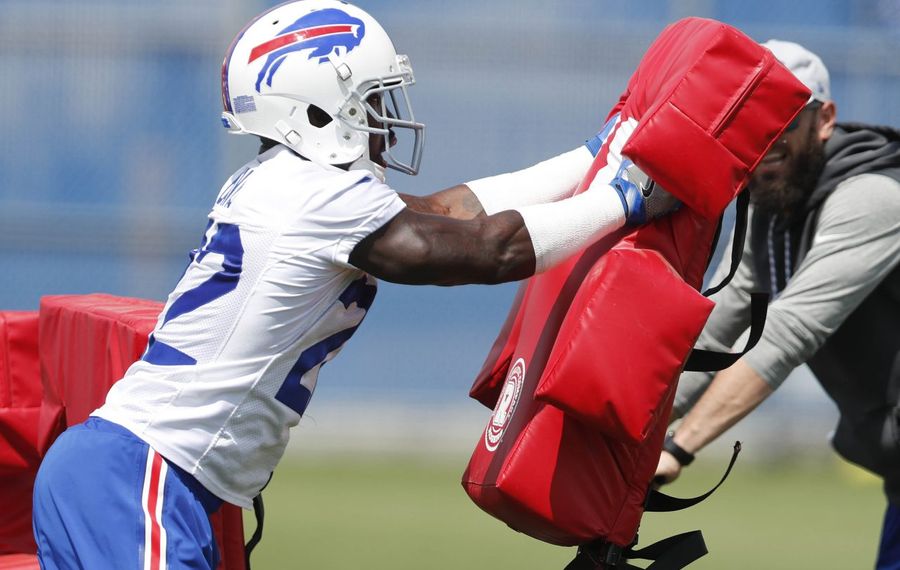 At least Vontae Davis can laugh about quitting on the Buffalo Bills, even if his teammates and the team's fans don't find it so funny.

The cornerback, who made national headlines when he decided to retire in the middle of the Week 2 game against the Los Angeles Chargers, debuted a new advertisement for the daily fantasy website FanDuel.

"Why did I walk away?" Davis asks at the start of the 30-second commercial. "Not because it was easy. The game is all I know. You think back to your draft. It feels like a fantasy, but the second you know you can’t compete anymore, you owe it to yourself, to your team, to find a fresh start. That’s why I did it. That’s why I walked away … from my fantasy league."

🚨 EXCLUSIVE: All-Pro cornerback @VontaeDavis finally speaks out on his decision to walk away from the game. pic.twitter.com/LvDgeQbzfh

The point of the ad, for those unfamiliar about the legalized gambling known as daily fantasy, is that a fan can draft a new team each week. In other words, they can quit the team they had the week before ... get it?

The responses to the ad so far are probably not what Davis (or FanDuel) had in mind when he signed up.

The 30-second ad will air for three weeks on DIRECTV and NBCU properties, FanDuel said in a news release. A series of digital videos is scheduled for Davis' and FanDuel’s social channels, the company said.

“When FanDuel approached me with the concept, I thought it was brilliant and I immediately wanted to be a part of the campaign,” Davis is quoted as saying in the release. “I know how serious fantasy owners are about their teams, it can be tough for them to admit defeat. The opportunity to get a fresh start with FanDuel and still come out on top can help with the coping process. Sometimes you just have to know when to walk way.”

Jason Wolf: Bills are better off without Vontae Davis