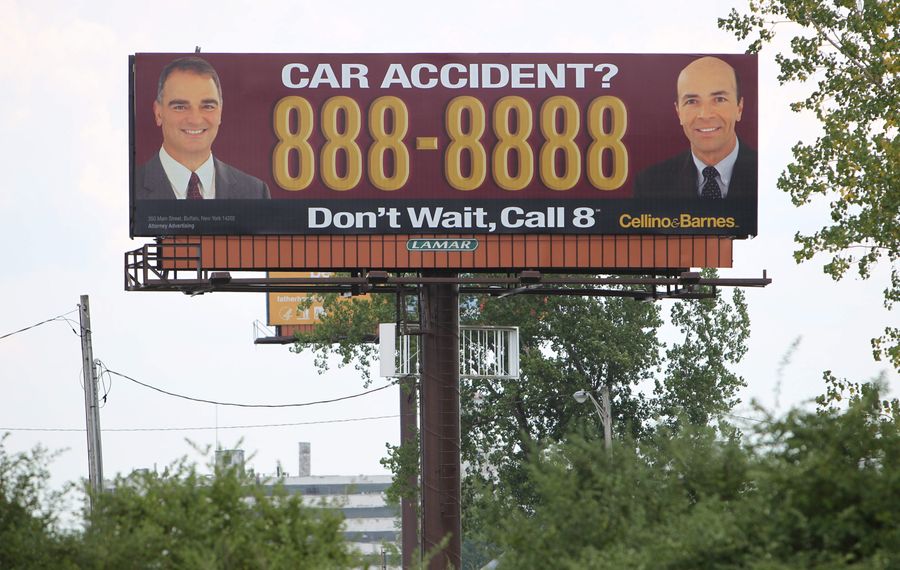 The Cellino & Barnes law firm is racking up record profits this year, even as one of its two owners continues legal efforts to break up the firm.

Despite the highly publicized dispute between the two men who run the personal injury business, the Buffalo-based firm is on pace to set multiple “financial records” this year, its chief operations officer, Daryl Ciambella, told a judge in an affidavit.

Through September, the firm this year had settled a record 2,383 cases for nearly $158 million, Ciambella said.

He said the firm’s 57 attorneys earned more than $11.5 million in the first nine months of 2o18 — an average of $202,000 per lawyer. The firm’s only stockholders — Ross M. Cellino Jr. and Stephen E. Barnes — have already received $12 million each in distributions this year, he said. That's more than $1.3 million a month for both Cellino and Barnes.

The profit figures are part of the evidence that State Supreme Court Judge Deborah A. Chimes will consider when she holds a trial on Cellino’s effort to break up the law firm. The trial had been scheduled to begin early next month, but the judge’s office confirmed that it has been put off until April 29. The trial is expected to last until around May 15.

Attorneys for Barnes recently asked the judge to delay the start of the trial until a state appeals court rules on a request from Barnes to dismiss Cellino’s petition to break up the law firm. Cellino’s petition was filed in May 2017.

Barnes’s attorneys filed an appeal in April, after Chimes denied their motion to dismiss Cellino’s request for dissolution of the highly profitable law firm.

Cellino says that a series of disagreements between him and Barnes have made it impossible for the two men to work together in the firm’s best interests. Barnes maintains that the differences between the two men can be ironed out for the benefit of employees and clients.

Recent filings in the case illustrate the intensity of the long-simmering dispute between the two owners. Speaking in a court deposition, Cellino described a loud blowup that erupted between him and Barnes in the law firm's offices a couple of days before the office Christmas party in 2016.

Cellino said the two men were discussing a possible breakup of the firm when they got into a "very, very loud and aggressive argument" heard by many employees.

He said Barnes screamed at him, "How the (expletive) can you walk away from ten million dollars a year? Are you (expletive) crazy?"

But then, a couple of days later and moments before the Christmas party, he and Barnes agreed to shake hands, walk into the party together and assure employees that everything would be okay.

"We publicly say, 'Hey, you know, just like marriages, sometimes we have arguments,'" Cellino said in his deposition testimony. He said he and Barnes told their "rank and file" workers that "we're going to work things out."

With big money on the line, Cellino & Barnes case explodes in court