I had my hands on the keyboard when I learned last week that Stan Lee died. I did not think about Hollywood blockbusters or celebrity actors or even the national movie conjecture about how the thing done at the end of the last Avengers movie might somehow be undone in the next one.

I thought instead about a place called Naetzker’s, which was the kind of operation that Lee might have remembered from his younger, grittier days as a pulp writer and editor.

Back in the 1960s, Naetzker's was a newsstand and cigar shop on Central Avenue in Dunkirk, maybe a block from the old New York Central tracks. The story went that at one time the storefront held a saloon, which might be why it still contained so much sleek and gleaming wood.

An aroma closed in as you entered the place, a tobacco musk coupled with  powder-dry newsprint. The Naetzkers, the brothers who ran it, were slender white-haired guys who carried themselves with a bearing that seemed straight from a much earlier era.

They were gentle, almost regal, behind their wooden counter. They wore white shirts as they picked out cigars for their regulars, the factory workers and merchants and City Hall clerks who hurried in and out.

Amid all that, with eternal patience, the owners never told a solitary little kid to hurry up or go away.

I was there for one reason, and the Naetzkers must have known it. At 9 or 10, I would cross those hardwood floors to reach a wooden island in the middle of the store, where the comic books were spread out in a bright, explosive line.

At the time, they cost 12 cents apiece. Before I left our house, I would put together as many coins as I could round up, knowing I was about to face a brutal choice.

Spider-Man? The Mighty Thor? The Fantastic Four? Iron Man? The ones I wanted were produced by Marvel, which pioneered an entirely different kind of superhero. The tales were shaped around what was known in a then-revolutionary way as the "continued story," meaning they did not build to some convenient happy ending. 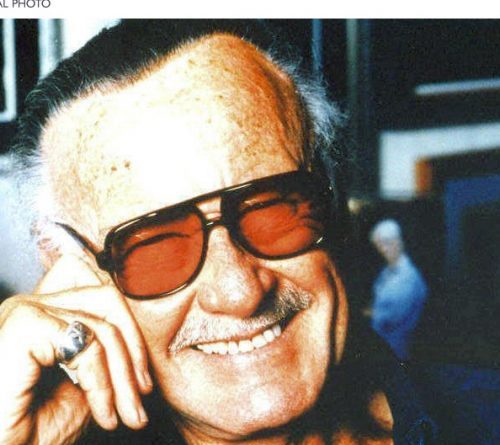 Instead, they might conclude with a disillusioned and morose Spider-Man tossing his costume into a trash can, or Reed Richards – the conscience-stricken philosopher at the heart of the Fantastic Four - floating on a boulder toward certain doom, about to be vaporized in the antimatter heart of the Negative Zone.

I would count up my change and push it across the counter to whichever Mr. Naetzker happened to be there. Then I would hurry home to throw myself onto the couch and wade in, while Stan Lee's voice and big signature on those pages made him a kind of constant background presence.

He was the guy in charge of Marvel, whose characters did not evolve into a formidable Hollywood empire until many decades later. I was the youngest in a factory family, a Baby Boom family, that lived in a rented duplex. One day, my oldest brother – a college guy – left a couple of Marvel comics on a coffee table.

I read them and immediately bought in. I was a scrawny, nearsighted, self-conscious kid who wished I could be as good an athlete as my siblings, a kid who always felt a little on the periphery at school, a kid whose family life – and I say with this love – was not exactly tranquil.

Yet here was Peter Parker, a miserable teenager living in a similar working-class neighborhood, broke, taunted at school, unnoticed by the girls he revered, a guy who loved books and then felt almost ashamed of it, a guy who routinely said stupid things or made how-could-I-do-that mistakes.

He would sneak out at night and become Spider-Man, taking on murderous bad guys while offering epic one-liners, then come home and change his clothes and be miserable and uncertain again.

Boom. Something clicked, as I think it clicked for a generation of awkward, restless kids across America. Beyond the fistfights and the drama, the stories sent a far more humble message:

Maybe you could feel a little bit like an outsider, and still end up OK.

Pretty soon I was a regular at Naetzker’s. I came to anticipate the day when the truck arrived and the white-haired brothers would set out new comics.

I hardly realized that Stan Lee and his stable of brilliant writers and artists were affecting me in a more clandestine way: They were using language and themes and references that expanded my treasury of words and made me curious about the larger world.

In essence, they did what a legion of educators are always trying to do: Beneath all the wisecracks and epic showdowns, these stories made you want to read, and then read some more. 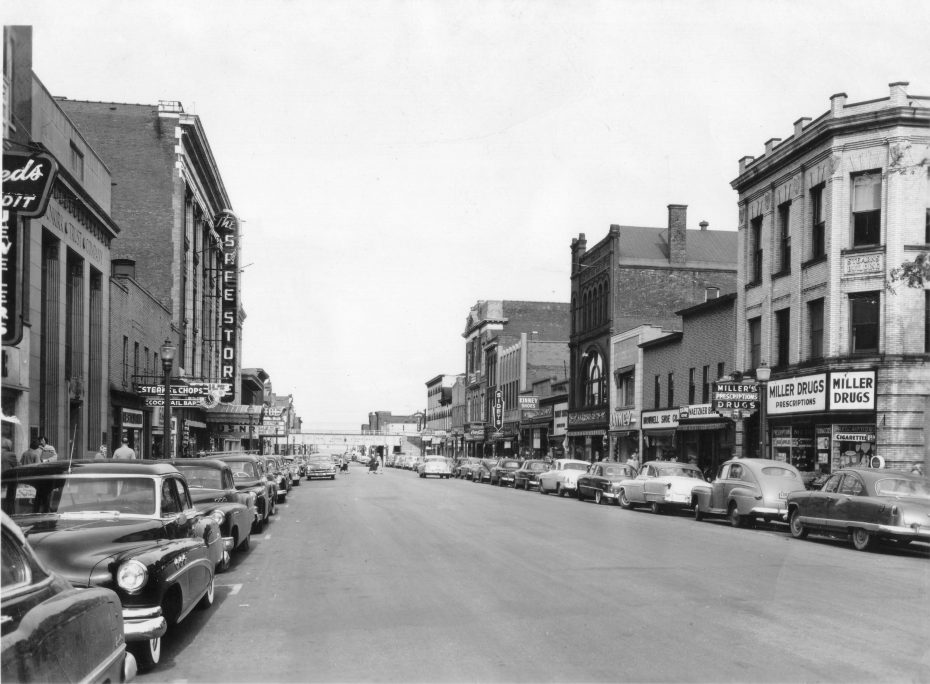 Downtown Dunkirk in its heyday. Naetzker's was the first storefront beyond the old Miller Drug Store, on the right. (Image courtesy Dunkirk Historical Museum)

A day came, however, when I left comic books behind. While my father, a heavy equipment operator, typically ambled oh-so-casually into the living room to read my comics the minute I was through, my child-of-immigrants-mother worried I was too fascinated by a make-believe world. She used the same command to get rid of the box of comic books that she would later use in vanquishing my baseball cards.

She told me that if they sat in a hot closet long enough they might explode from spontaneous combustion. I kid you not - if this were true, entire cities would be blowing up around us - but I was in no position to debate. I was ordered to dump the box, which meant passing many of the comics along to a young cousin and others who shared the same passion.

Looking back, the time frame worked out fine: Those tales had already accelerated the imagination of a child who knew little beyond the smokestack borders of his hometown. The origin stories of the Marvel heroes remain in my head as a kind of American folklore. And it was the characters behind the masks who reminded me that kids who live in rented houses or apartments, kids whose families argue and make up and always struggle with the bills, can make a difference in the world.

Indeed, as in the heartbeat of Buffalo, they might even have the stories most worth sharing.

I turned 59 not long ago, a point where most childhood memories are as blurred as the whirling landscape seen through a train window. Yet a few impressions remain beautifully distinct, and I can still close my eyes and find my way through Naetzker’s.

Amid magazines and newspapers and the scent of fresh cigars, hardly noticed amid the hustle and quick back-and-forth of the adults, I found shelter and inspiration in a line of comic books. There was a magic that became intertwined with the way I saw myself, a magic I know now was shared by countless other kids.

For that, hands on this keyboard, I give thanks to Stan Lee.