A dozen members of the Orchard Park swimming and diving team are making the trip to Ithaca College for the New York State Public High School Athletic Association Championships.

Along with a jumbo rubber duck with his own Instagram page.

“Humphrey the Duck is our team mascot,” junior Sara Conley said. “He’s been around for like eight years, passed down from captain to captain. We bring him to all our meets and he sits in the bleachers.”

Throughout the season, the Quakers have used Humphrey’s likeness to honor top performers.

“We have these swim caps we found that are a duck that looks like Humphrey,” coach Brett Norvilitis said. “Every week, we pick somebody who was outstanding at whatever, maybe a meet, a best time, or attitude, and we gave them the cap. It’s one of those fun things the team likes to rally around.”

Norvilitis has had plenty of outstanding efforts to choose from this season. Orchard Park went undefeated in dual meets, breaking several pool records around Western New York, and dominated at the ECIC and Section VI Class A championship meets.

The 12 state-qualifiers is the most Orchard Park has had in Norvalitis’ five seasons as coach, and he believes it might be the most in school history.

“We’ve usually taken around six, usually a relay and some individuals. Last year we took 10,” Norvilitis said. “This has to be one of the biggest groups ever.”

The Quakers’ 200 medley relay team of Ella Mikulec, Mackenzie Fischer, Paige Salmon and Katherine Jones has the best chance for a podium finish as the eighth seed in the state meet that begins Friday. 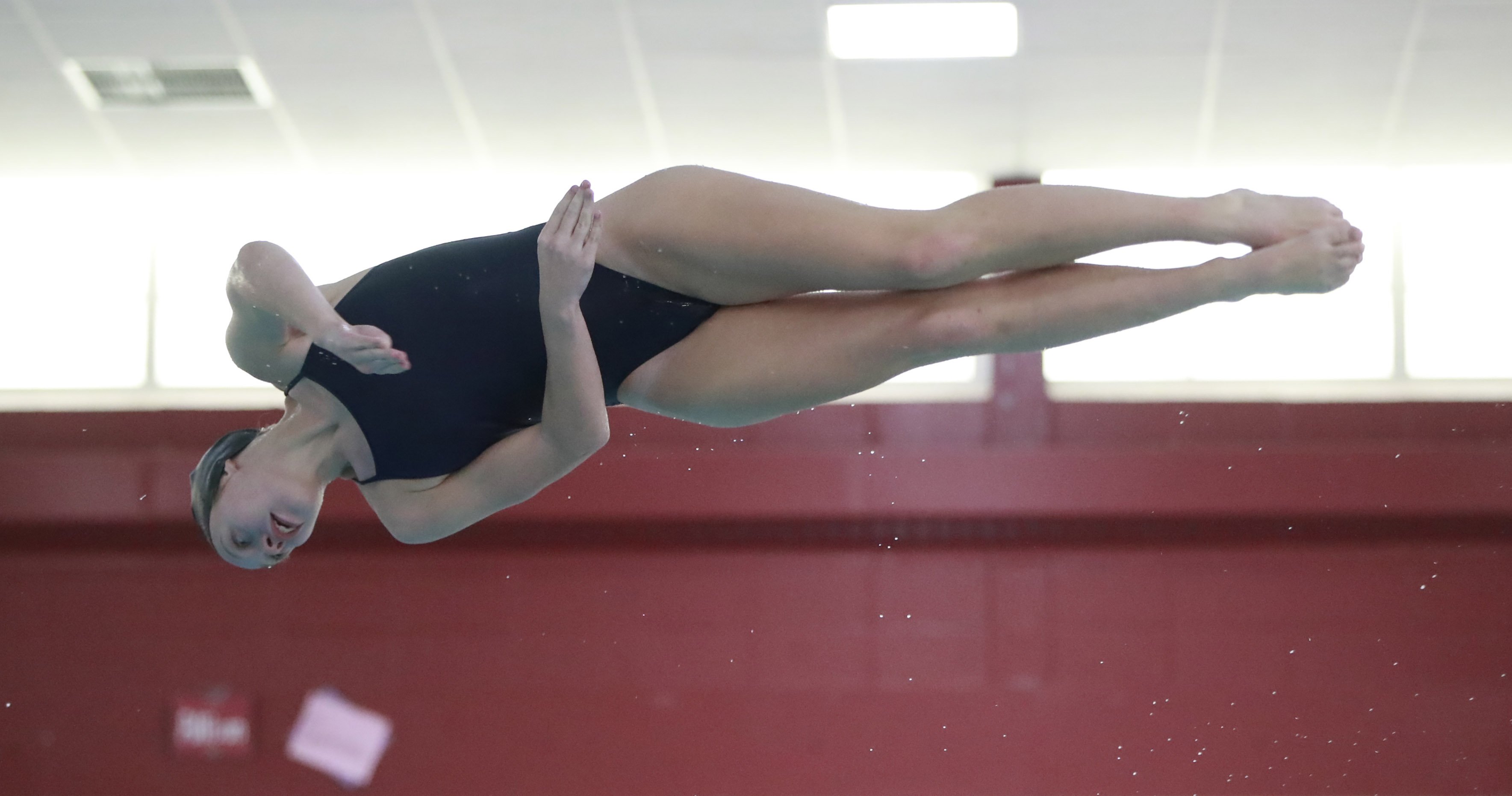 “All the girls have been so fast, I would never think we’d have this many individuals going to states,” Fischer said. “The amount of time drops we’ve had and best times we’ve gone and people going in events we never even thought, it’s been crazy this year.”

“It’s really exciting,” said McCune, a senior captain. “It’s going to be super different from the other times because of how many we are having from the school go.”

Filipski said having so many teammates (and Humphrey) at states will make it feel somewhat like a regular meet.

“We swim with these girls all season long,” she said. “When it’s more of us, it feels normal. It doesn’t feel any added pressure.”

Norvilitis was impressed by how many individuals qualified for states early in the season.

“We had four cut times in their first four meets,” he said. “Usually it’s at the end. Once we saw how they are going fast really early, that was our tip-off of how good we could be.”

“You are swimming as team, so we should all wear the same caps,” Nowicki told them.

“It is uncommon during practice, you wear random suits and caps,” Norvilitis said. “It’s one of those spirit things they really embraced. They came together as a team quickly.”

Highlighting Humphrey the Duck and other ways the team has fun together has also helped the Quakers bond.

“It’s not a super-long season, but it’s a grind,” Norvilitis said. “We do six days a week, 6,000 yards a day. It’s a lot of yards, a lot of time in the pool. So that stuff that they think is fun is really beneficial.”

Conley said this is the both closest and most competitive team she has been a part of.

“I’m blessed to be on this team,” she said. “Everyone is so supportive of everyone’s success. Everyone is super competitive in practice and you are able to use people who are faster to your advantage. There is no hate for someone who is better.”

“It’s been a fantastic season,” Norvilitis said. “I never imagined it would be this good.”