All that is now,

And all that is gone,

And all that’s to come,

And everything under the Sun is in tune,

But the Sun is eclipsed by the Moon.  – Pink Floyd, “Eclipse” from The Dark Side of the Moon

It was no coincidence that Pink Floyd’s “Eclipse” came to my mind as I sat down to write this week’s column. Just like Joel Spring’s new book “Strong is the Current” started out to be a fishing book, I truly planned on trying to keep a positive focus as I shared the healing powers of fishing. The connection with nature, the solitude of being on the water and the mindless distraction the pastime presents itself as you try to escape your reality – good or bad. 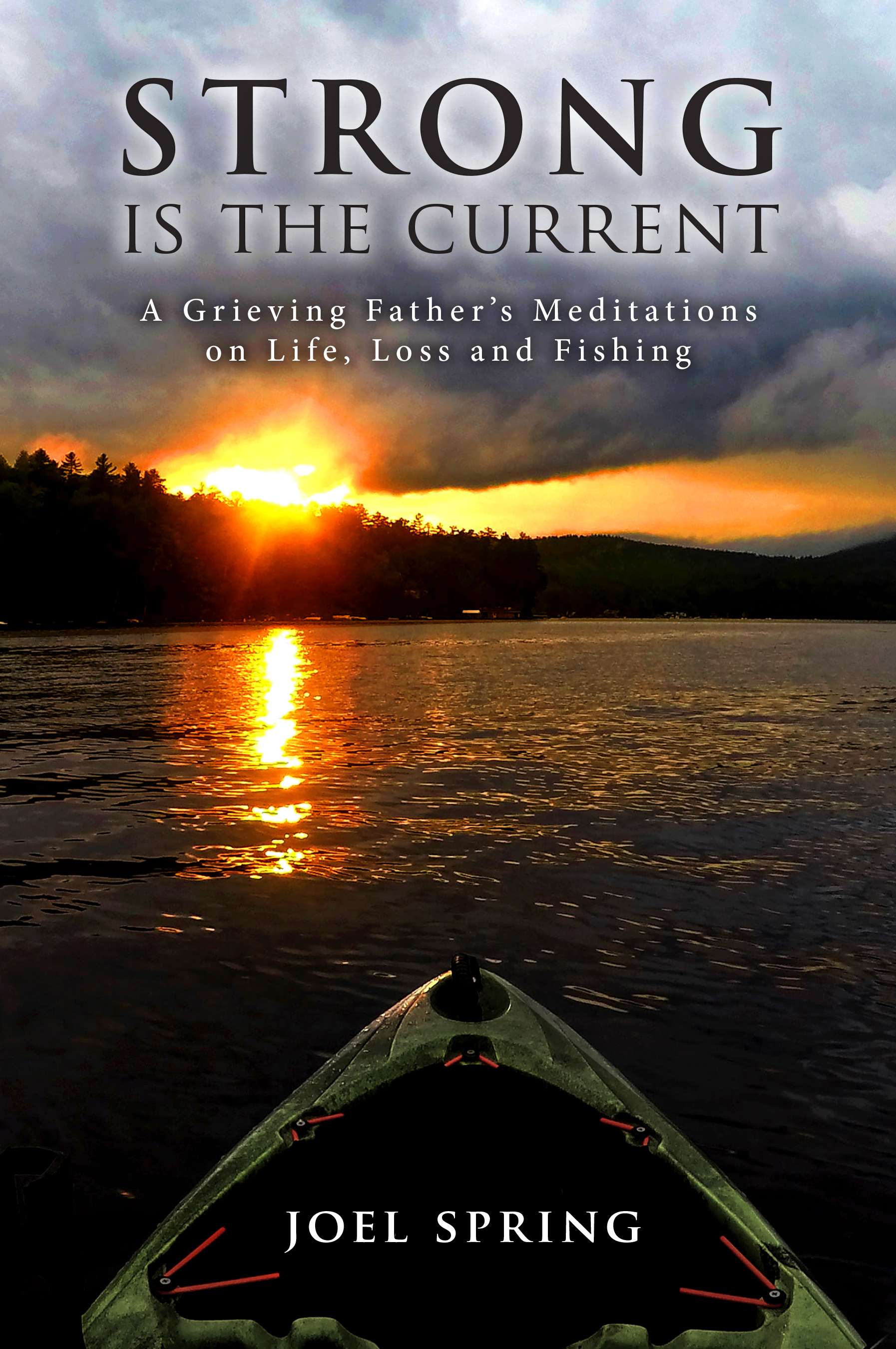 Spring, a local outdoor author from Ransomville, offers a fitting tribute to his late daughter Jennifer, who passed away two years ago from the unforgiving attacks of a brain tumor on her fragile body at the age of 23. Losing a child is every parent’s worst nightmare. It hit Spring like a locomotive barreling down the tracks, full steam ahead. The grief was unbearable. Thank God for fishing.

“Jennifer was a person who felt things very deeply and very passionately,” Spring said. “She was not afraid to say what was on her mind, though it often took some coaxing.”

In reading the book, you will find out how truly special she was.

With the passing of his daughter, Spring escaped in his kayak, his island of refuge in the backwaters of Western New York. In the very first chapter, he shares his feelings as he encountered the solar eclipse of August 2017. As the darkness slowly drowned out the light, he was drowning in his own personal hell. It was a darkness he fought every day. Through it all, though, there always seemed to be some light that would give him some welcome relief.

A basic theme that carries throughout the book directly relates to water. Spring compares time to a river, flowing through the many challenges of life, facing strong currents that are difficult to deal with. Sometimes it can feel like it’s too much.

If you’ve ever lost a loved one and have had to deal with grief, this book is a good one to pick up and read. If you simply enjoy fishing and the outdoors, Spring weaves in plenty of stories that are interesting and entertaining. If the terrible disease of cancer has had a negative impact on your life, you’ll want to see how Spring deals with the grief that it caused.

Spring grew up in Niagara County, fishing 12 Mile Creek in Wilson as a place of refuge and a place for fun. He returns to this hallowed water time and time again, catching fish such as long nose gar, bowfin and bass. You will find out more often than not, when he catches a bass, he is not intending to. He makes fun of these fish, which just happen to be one of the most popular game fish in the country. Bottom line, though, is that it’s a fish and he loves catching them. It’s the fish that have helped him through these difficult times, a grief he continues to deal with.

Even the book itself did not come easily. The publisher of his earlier books (The Ultimate Guide to Kayak Fishing, The Ghosts of Autumn, Thursday’s Bird and Season of Obsession) really enjoyed reading the draft of the book, but they declined to publish because it didn’t fit with their library of offerings, he said. Spring tried a couple of other publishers, only to receive the same kind of rebuff. It wasn’t until Spring was introduced to West River Media on Grand Island that seeing his latest work published would become a reality, thanks to Jerry and Rick Kustich, local fishing authors who grew up in WNY.

Spring was under a little bit of pressure, too. Jen had asked her dad if he was going to write a book about what had been happening with her just before she passed and he said, “Yes.”

“I’m proud of this book,” Spring said. “I think the writing is good, the aftermath of how I dealt with losing Jen. I can’t say enough good about Jerry and Rick Kustich with West River and their attention to detail. I was thoroughly impressed with how they handled everything.”

Getting back to the solar eclipse that Spring experienced on the water, it was exactly one year to the day that Joel had taken Jen on her last fishing trip. As he tried to mark the day by taking a photograph, something peculiar happened. It was as if Jen left him a gift. You will have to buy the book to find out. The book will make you laugh and make you cry.

As you look through the titles of the chapters, it’s also no coincidence that many of them fall in line with the David Gilmour album “On An Island” – also using music as therapy. (Gilmour was formerly with Pink Floyd.)

After reading the book for a third time, one bucket list item he’s subtly talked me in to is catching a long nose gar in one of the area’s Lake Ontario tributaries. You don’t even need a lure with a hook. He uses a “rope fly” that can work like Velcro in the sharp teeth of the prehistoric-looking fish. I can’t wait.

Take a ride with Spring in his “current” timeline, following him around the bends and through the eddies. It could help you deal with grief in your own kind of outdoor experience like fishing. “Strong is the Current” is now available at Amazon.com, as well as other fine book sellers. With the holidays just around the corner, pick one up for family and friends or request one for yourself. You won’t be disappointed.