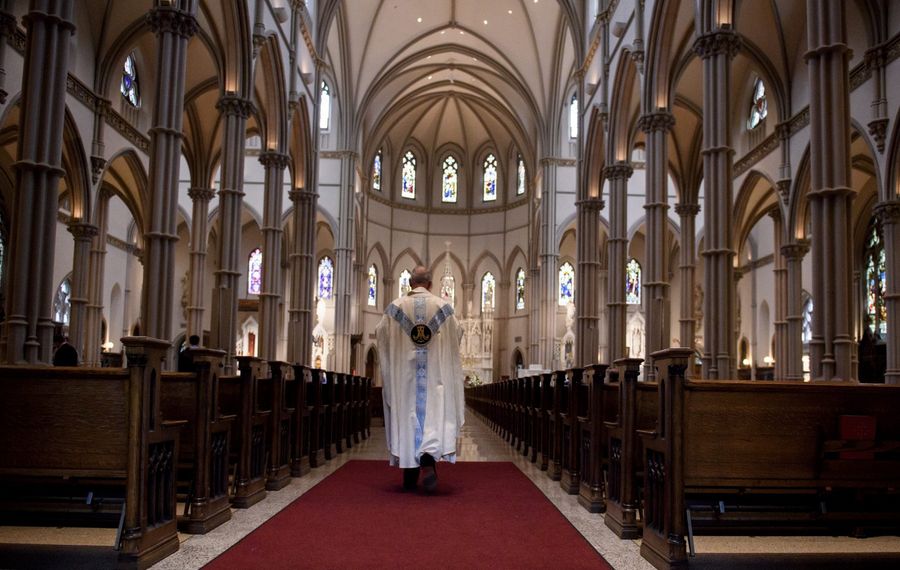 BALTIMORE – Catholic bishops that ignored sexual abuses by clergy should resign, the chairman of a National Review Board established to advise bishops on sex abuse issues said Tuesday.

Francesco C. Cesareo told more than 250 bishops from around the country at a meeting on the clergy sex abuse crisis that has engulfed the church in the U.S. that bishops need to do more to hold accountable those who ignored sexual misconduct allegations.

He also advised the bishops to create a national database that would list all clergy who have been removed from ministry due to sexual abuse of minors.

“While much of the guilt has been placed on priests, bishops have often escaped punishment,” said Cesareo, who is president of Assumption College in Worcester, Mass. “As more information is publicized regarding the inappropriate handling of abuse by bishops, it remains clear that some bishops have escaped the consequences of their acts of omission regarding abuse, and that little is being done to address this injustice.”

Cesareo addressed bishops for more than an hour at the annual fall meeting of the U.S. Conference of Catholic Bishops.

He said the National Review Board was not aware of any mechanism whereby the USCCB could hold culpable bishops accountable for their past action or inaction, and he suggested the possibility of barring guilty bishops from USCCB membership or from attending its national meetings.

He also urged bishops who have been "complicit through neglect" to resign.

Cesareo delivered a total of 20 recommendations from the review board, a group of lay Catholics appointed by the bishops.

Included among the other recommendation are:

The National Review Board was first established following the bishops meeting in Dallas in 2002 that created the Charter for the Protection of Children and Young People, guidelines for how dioceses are supposed to handle sexual abuse allegations involving minors.