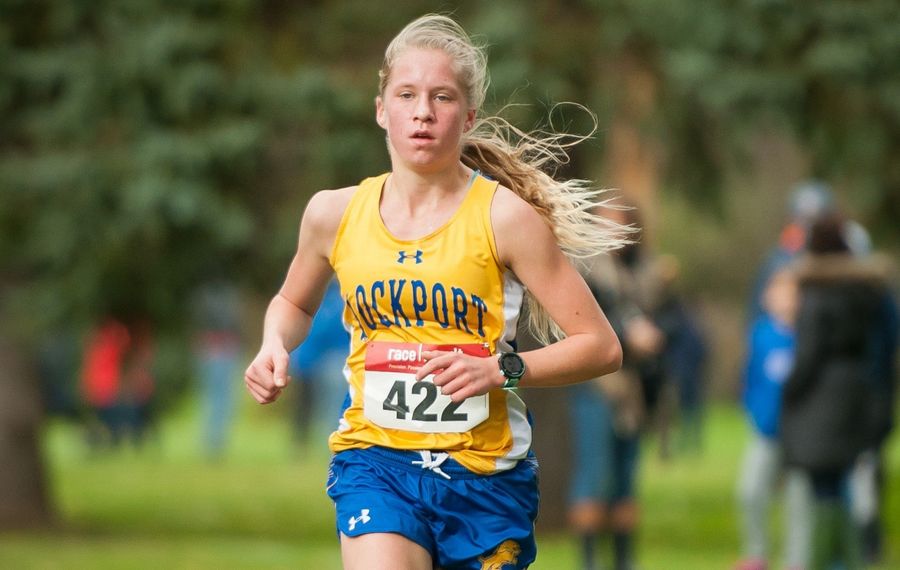 Best overall finish by a Section VI girl was by sophomore Sydney Nowicki of Lockport, who was 15th in Class A in the 26th-best overall time (19:15.3).

Freshman Megan McLaughlin of East Aurora was 10th in the Class B race in the 44th-best overall time (19:36.3). Kimberly Goerss of Newfane (19.51.2) was sixth in Class C, leading her team to fourth place.

Sophomore Christina Peppy (19:58.50) led the Maple Grove girls (50 points) to their second place schools team finish in Class D behind Tully of Section III (45). Peppy, Eva Crist and Abby Brunenavs of the Red Dragons finished in the top seven in the scoring in Class D.

In the boys team competition, Frontier was eighth with sophomore Joshua Peron (17:01.6 for 42nd) showing the way. He was 20th in the scoring.

In Class B, Pioneer/Holland was fifth among the teams with Trent Wesley as its top finisher in 17:18.8.

The Section VI girls teams finished eighth in Class A and Class B, fourth in Class D and second in Class D with junior Kylee Odell of Clymer/Sherman/Panama leading in 19:57.1.