By Jim Hague, Special to the News

MIDDLETOWN — The Clarence boys’ soccer team was losing the battle against a stubborn Port Washington team from Nassau County when striker Ross Showalter remembered a tip that his father gave him years ago.

So as the clock ticked down toward an obvious overtime session or two, Showalter decided to do exactly what his father said — literally.

In the 62nd minute, Showalter just missed with a header that went over the crossbar.

Just two minutes later, Showalter again tried to use his noggin, but the crossing pass to him in the box just sailed over his head.

It was Showalter’s 10th goal of the season, but only his second header.

Showalter’s attempt with his head danced along the goal line and eluded Port Washington goalie Jonathan Nadoline. At first, it appeared as if the goal was going to be disallowed, but the side judge determined that the ball had crossed the goal line, giving Clarence the improbable victory.

“I knew it was in,” Showalter said. “The keeper made a great effort to get it. The third time is a charm. I knew we would get a few chances, so I just had to stay positive.”

Incredibly, the Red Devils (19-2) had only one shot on goal in the second half before Showalter’s goal and didn’t record a single corner kick all game until six minutes remained.

The upstart Vikings (14-7) from Section VIII maintained possession for most of the second half, thanks to the brilliance of the highly skilled Jose Lima Sagatume.

“They were taking it to us,” Clarence head coach Mike Silverstein said. “We lost our swagger. They were dominating possession. We had to stick with it. We needed to have one go our way and it worked out for us.” 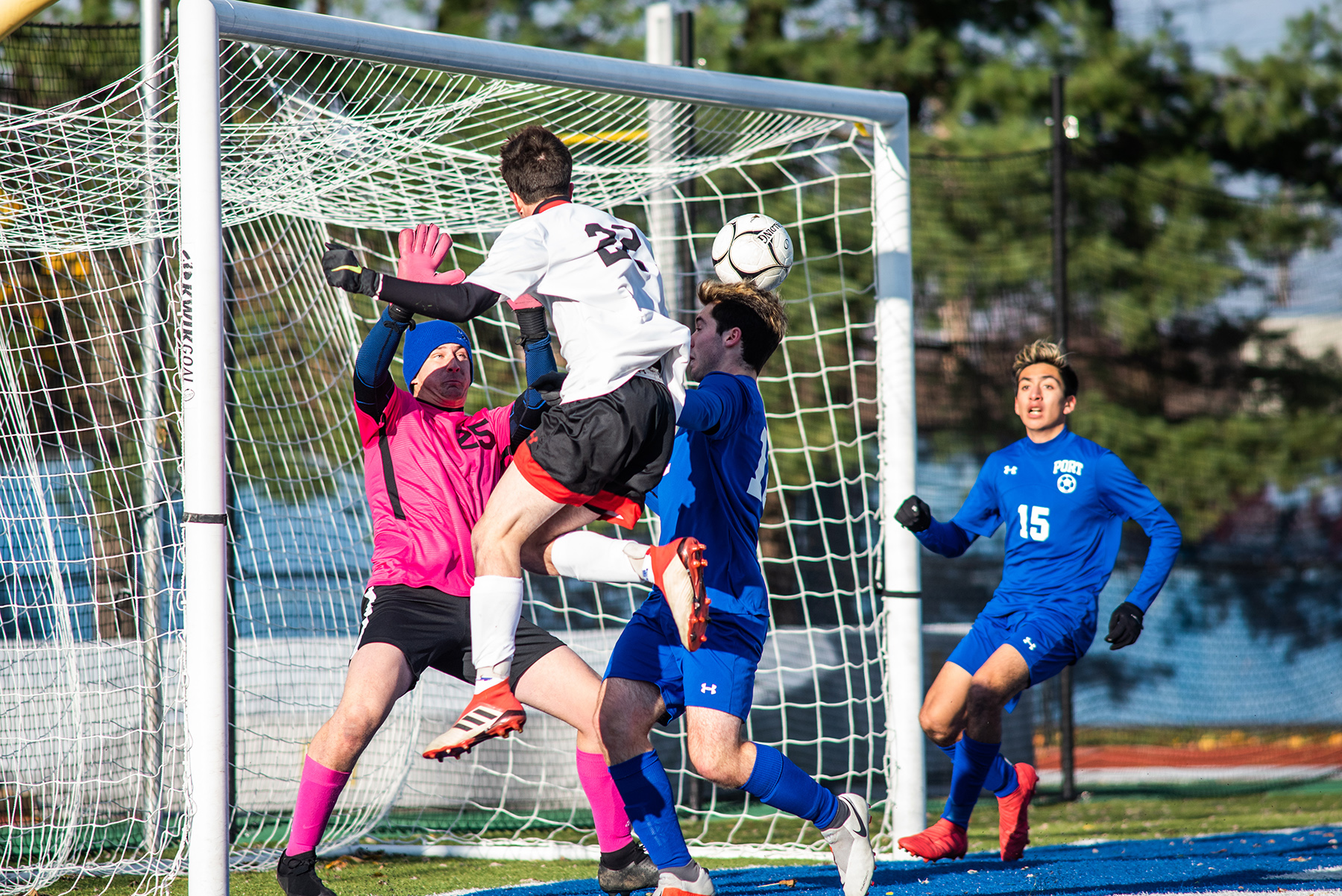 Sunday’s appearance in the state title game is the first for Clarence since 2008.

Showalter said that his teammate Gehrig Lahti predicted a state final berth back in August during training camp.

“He said, ‘We’re going to the states,’” Showalter said of Lahti. “And he said we’re going to win it all. I just want to contribute to that.”

As long as Showalter keeps using his head.

“Ever since my sophomore year, my goal was to win the states,” Showalter said. “Now, we’re here.”

“I’m just enjoying every minute of it,” Silverstein said.

Spencer Catalano made three saves to collect the clean sheet for Clarence.

In their fathers' footsteps, Clarence soccer seeks to rewrite history at state