For Connie and Jack Thayer, construction paper with the letters P-I-E changed their lives. The Thayers own Portage Pie, a carry-out pie shop in Westfield that cranks out 18 flavors of scrumptious, homemade pies one by one.

But a few short years ago, the Thayers found themselves "dirt poor" after Jack lost his job at a woodworking shop in 2003. After a series of odd jobs such as cleaning the American Legion, the Thayers took a chance, knowing Connie could bake a mean pie, and risked it all to become entrepreneurs.

"We were dirt poor, but we had sterling credit," Connie said. "In 2010, we bought our building with a credit card because banks weren't loaning money. It needed every repair possible. It was built in 1860-something – it was a former blacksmith [shop] and it needed a roof. We were still poor, but we needed a roof."

The Thayers raised money with yard sales and borrowed from their son, Jack, to pay for the new roof and got to work baking handcrafted pies. 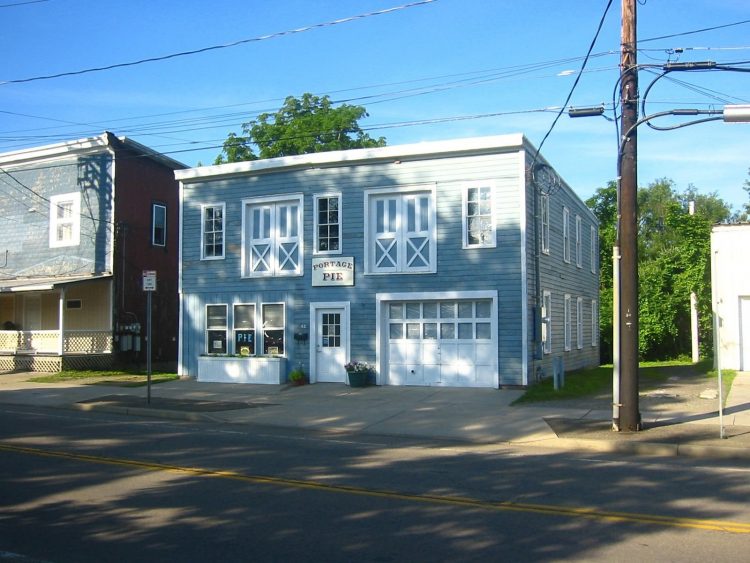 "We started with two $35 ovens," Connie recalled. "We still use regular ovens, but now we have five of them. I took construction paper and put the letters P-I-E in the window."

"They caught wind of us at the Chautauqua Institution and people starting coming in. It was still just me and my husband. We were still cleaning the Legion so we didn’t quit our day jobs."

The Thayers, not sure if they would make it, worked seven days a week around the clock. "At one point we made 80 pies in one day working day and night," she said. "We were debt-free in three years."

In the second year, Jack Jr. quit his job and joined his parents in their business. Now his wife, Raisa, also works with the family and together with two other employees - Jake Bowen and Ally Kassman - they crank out 19,000 pies a year.

Summer is the busiest season with the crew baking 800 to 900 pies per week with limited seasonal help. The Thayers credit their dedicated employees for their success and Connie's mother for her skill. 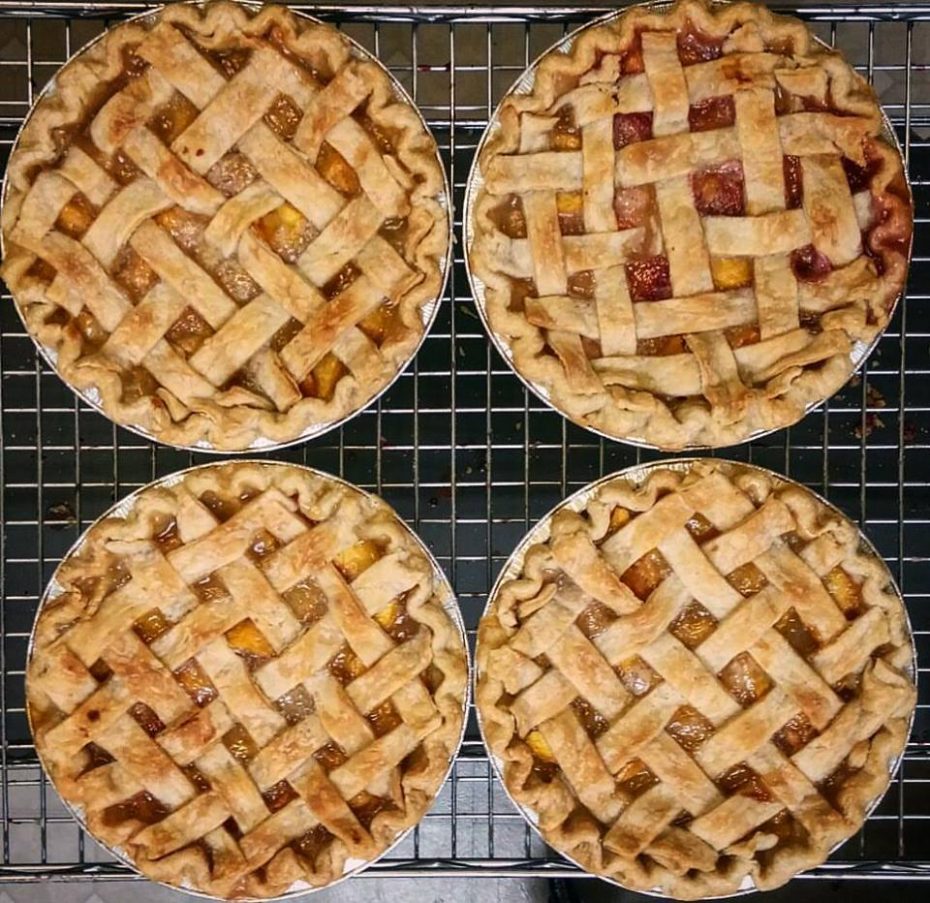 Customers often comment about how good it smells when they walk into Portage Pie. (Photo courtesy: Portage Pie.)

"My mom was a great pie baker," she said. "I grew up eating pies. She didn’t teach me how to make them, but she taught me what a good pie is. I follow standard, classic recipes."

A limited number of lucky customers will have a Portage Pie on their Thanksgiving table. Holiday orders began on Nov. 1 either in person or over the phone and 400 pies were sold out in just 2-and-a-half hours. Connie wishes she could accept more requests.

"People line up to place their orders. Some took the day off work to order pies," she said.

"Each pie is made individually, one at a time – just like at home. We won’t do anything ahead of time," she said. "We can’t, in good conscience, do that. We want everyone to have a really good pie. We have to keep the pies fresh."

For those who missed out on Thanksgiving, Christmas pies are available. "It’s not quite as crazy at Christmas –  we are already taking orders," Connie said. "There’s no line drama to get a Christmas pie."

Portage Pie closes every January after the holiday season as the owners count their blessings.

"We went from living in poverty to doing well," Connie said. "We have the greatest customers. I’ve met people I would never have dreamed of meeting. It’s been an experience of a lifetime."