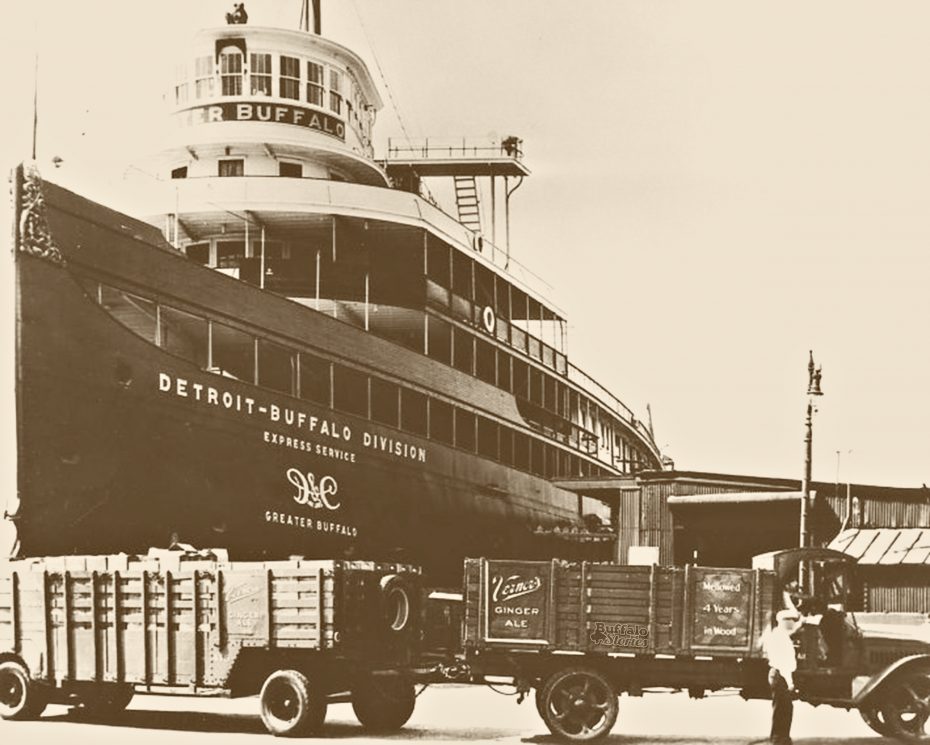 A ship delivers Vernors to the Buffalo area.

Vernors Ginger Ale is an iconic Detroit staple, but for at least a century, Buffalo has been one of the biggest secondary markets of the unique pop brand.

Not everyone is a fan of the sweet, peppery, spicy, “deliciously different” Vernors – but if you are, it’s one of those tastes that makes this place home.

For decades, Buffalo got its fix of Motor City pop via Great Lakes steam power. Crates of Vernors made their way across Lake Erie on the same ships, like the “City of Buffalo” of the D&C line, that once carried passengers to all the major Great Lakes ports.

In 1926, the James Vernor Company bought the former Pierce-Arrow showroom at 752-758 Main St., and set up a bottling plant and retail shop after “the success attained by Vernors Ginger Ale in Buffalo forced the company to seek larger and permanent headquarters” in Western New York.

The soft drink was popular in bottles and at soda fountains and drink counters. “The Boston Cooler” was a popular drug store treat, mixing Vernors and vanilla ice cream. It was one of the featured specials in the early days of Anderson’s, and was a big hit at Kenmore’s Henel Bros. Dairy as well.

One less-popular recipe that Vernors printed in newspapers encouraged parents to mix their children’s milk with Vernors for “a drink children find irresistible,” touting it as a “healthful, rich beverage with a stimulating zest and sparkle.”

Through the 1950s and 1960s, Vernors ads could be heard on WKBW Radio, with Danny Neaverth and other KB stars reminding baby boomer teens that “Vernors has va-va-voom,” contributing to the beverage’s ongoing popularity here.

The company’s retail store stood in the beautiful marble and terra cotta Vernor building for 25 years before being sold in 1951. The bottling rights were franchised a few years later, bought up by the same company that produced Squirt and Hires. 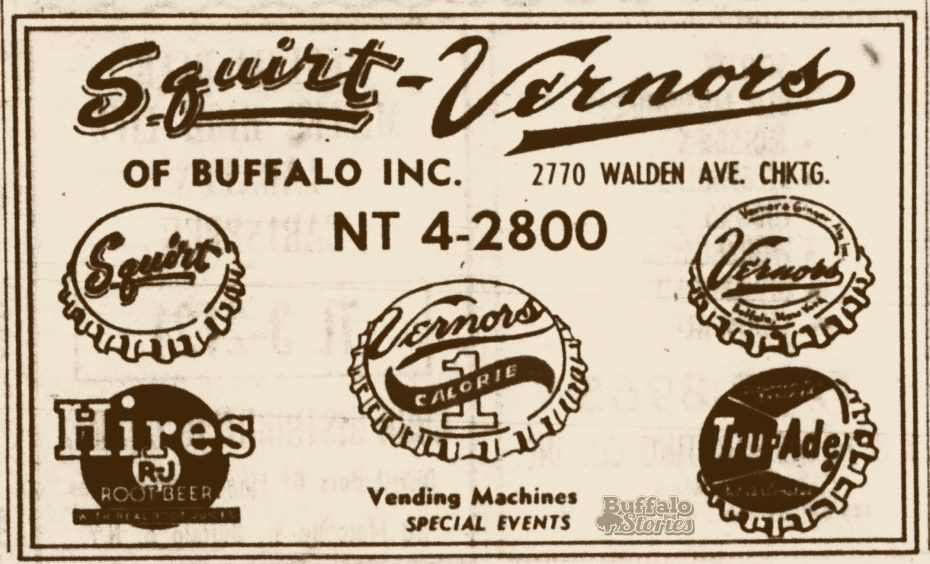 The Vernor Building was sold several times and fell into disrepair. It was torn down in 2007, in what Buffalo City Court Judge Henry Nowak called “a classic case of demolition by neglect."

Detroit Pharmacist James Vernor created the beverage in 1866. His family sold the business 100 years later in 1966. Today, the brand is owned by Dr. Pepper. 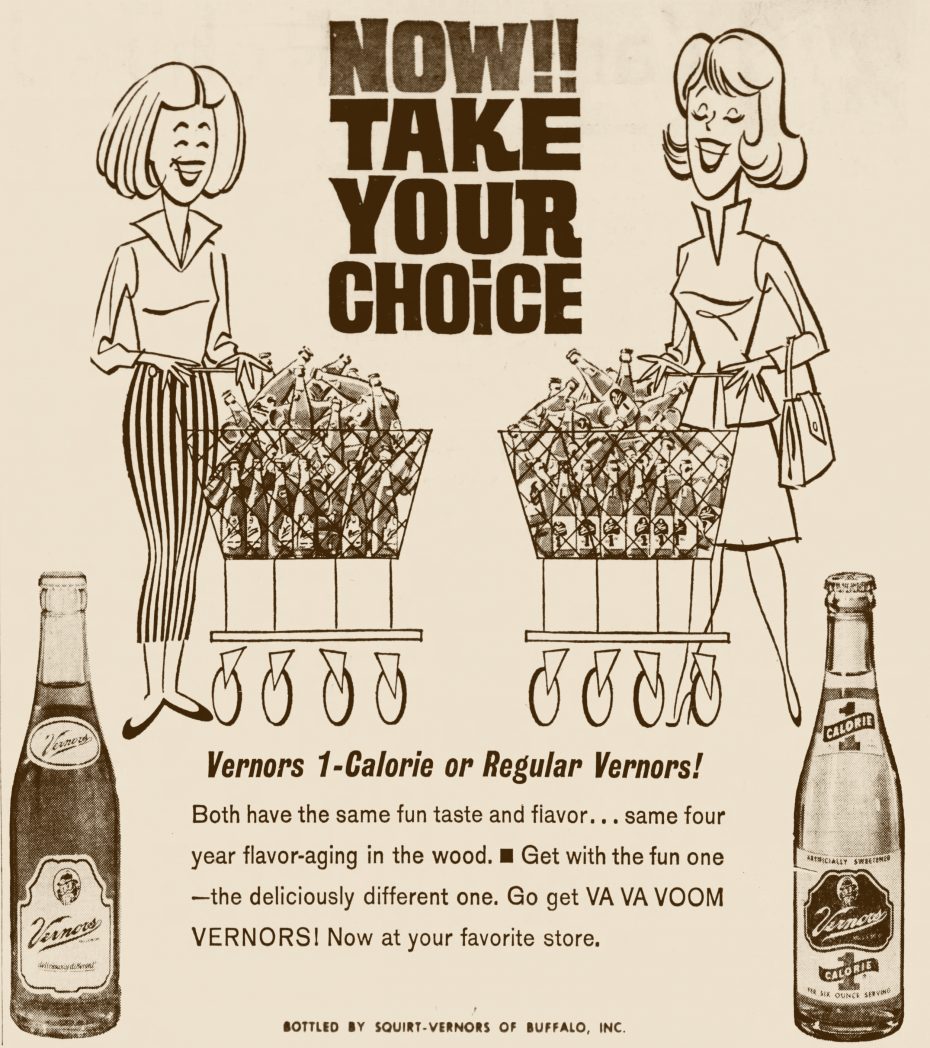