Tops Markets is on the verge of emerging from bankruptcy, after gaining court approval of its plan to restructure the supermarket chain's business.

The approval of Tops' restructuring plan by a U.S. Bankruptcy Court judge on Thursday signals that the grocer's nine-month trek through bankruptcy is about to end, with a slimmed-down but still debt-laden business emerging to compete against the likes of Wegmans and Walmart, Aldi and Save-a-Lot.

Tops said it expects to complete its emergence from bankruptcy "shortly."

“We are pleased to receive the Court’s approval of our Plan and are poised to emerge from this process an even stronger and more competitive company," said Frank Curci, Tops' CEO.

The restructuring will reduce Tops' interest payments and shed more than half of its $715 million debt load. It also will leave Tops under the ownership of the hedge funds and investors who held roughly $560 million in prebankruptcy borrowings that were secured by the company's assets. Tops current management also will remain in place, with Curci staying on as CEO.

The restructuring also has meant big changes – and significant concessions – for Tops' workforce of more than 12,000 people.

Tops struck important deals this summer with the Teamsters and the United Food and Commercial Workers unions to reduce big pension liabilities owed by the company – and also reduce workers' retirement benefits. 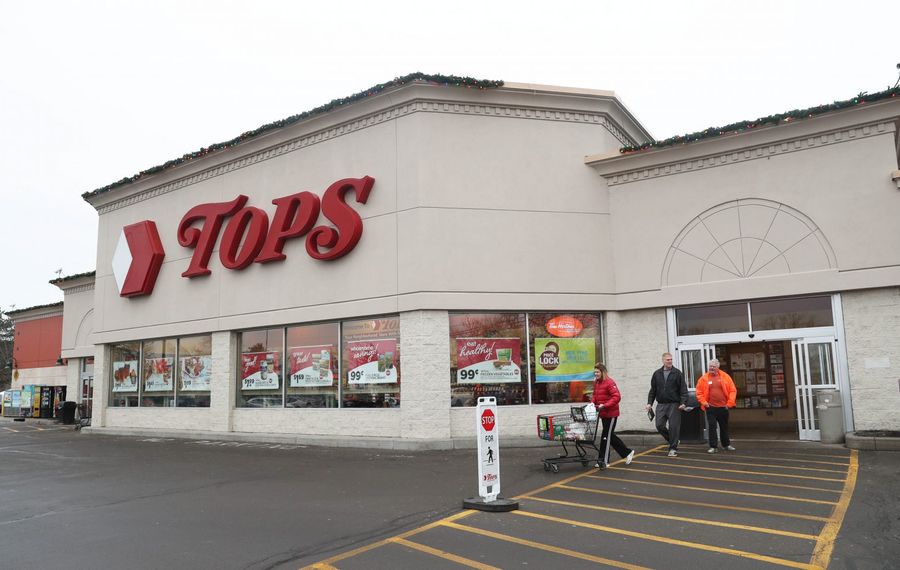 The company also closed 10 underperforming stores – none in Western New York – to eliminate a drain on its finances.

The plan reduces Tops' debt, which exceeded $700 million at the time the company filed for bankruptcy in February, by $455 million. The company's interest payments on that debt, which reached $80 million a year before the bankruptcy filing, will be reduced by about $36 million, according to documents filed in U.S. Bankruptcy Court.

But the interest rates that Tops is paying on its remaining debt are much higher, ranging from almost 11 percent to 13 percent annually, which will still saddle the restructured company with annual interest payments of around $55 million, according to financial projections from the company included in court documents.

Still, Tops executives believe the restructuring will provide it with the financial resources it needs to survive in a hotly competitive grocery market across upstate New York.

Tops, which had essentially run out of cash before the bankruptcy filing and was forced to drastically pare back its capital spending, will have new sources of liquidity that it will be able to tap. The company's financial advisers also believe that Tops' cash flow will be stronger, allowing it to handle its interest payments.

Even so, Tops still is on a financial tightrope. The company's supermarket operations since the late-February bankruptcy filing are earning only a little more than a penny in profits for every $1 of sales – a razor-thin margin that doesn't include the company's interest payments. Add in those interest payments, and Tops would be losing money if its operating profits don't improve.