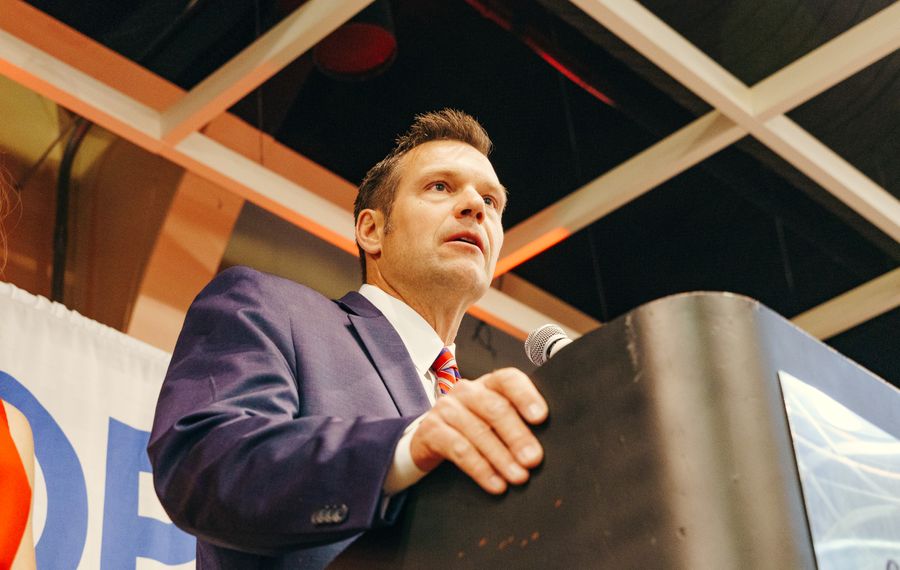 Democrats wrested control of governorships from Republicans in seven states on Tuesday including Wisconsin, where they ousted Scott Walker after eight tumultuous years as the state’s chief executive, and Kansas, a surprise victory in a longtime Republican stronghold.

But Republicans fended off strong Democratic challenges to hold on to the governorships of Florida, Ohio and Iowa, maintaining their control of three states likely to be crucial in the 2020 presidential elections.

The victories expanded the number of states with Democratic chief executives – an important consideration as legislatures begin the process of drawing congressional district lines. In addition to Kansas and Wisconsin, Democrats also picked up governor’s seats in Nevada, Illinois, Michigan, New Mexico and Maine.

Still, the results reflected a night of mixed tidings for the party out of power, given that Democrats were hoping to install a rising young star in Florida and sweep the Midwest states where President Donald Trump forged the core of his unexpected victory two years ago.

The victory in Florida by Ron DeSantis, a Republican supporter of Trump, turned back the historic effort by Andrew Gillum, the Tallahassee mayor, who was seeking to become the first African-American governor of his state.

Republicans took another important battleground state with a victory in Ohio by Mike DeWine, the attorney general, who defeated Richard Cordray, a Democrat and former federal regulator. And in Iowa, Gov. Kim Reynolds, a Republican, defeated Fred Hubbell, a Democrat and wealthy businessman, in a toss-up contest that had hinged on local issues including the state’s health care system and its economy.

The biggest defeat for Republicans was in Wisconsin. Walker, a onetime rising party star and short-lived presidential candidate, was seeking a third term in a state that unexpectedly flipped to Trump in 2016. The showing gave hope to Democrats eager to win the state back in 2020.

Walker fell to Tony Evers, a Democrat and the state schools superintendent. As in other Midwestern states, Democrats ran against Walker and the Republican establishment rather than against Trump.

But the loss in Kansas by Kris Kobach, a deeply conservative secretary of state and also a staunch ally of Trump, was also a big setback for the party in one of the most conservative regions in the country. He was beaten by Laura Kelly, a Democratic member of the Kansas Senate.

In Nevada, Steve Silosak, a Democratic businessman, defeated Adam Laxalt, the Republican attorney general, a victory that underlined the extent to which the state has been edging into the Democratic column – Hillary Clinton defeated Trump there in 2016, and Jacky Rosen, a Democrat, unseated an incumbent Republican senator, Dean Heller, on Tuesday night.

It also reflects what analysts view as the rising power of Latino voters in the state. Trump notably did not campaign in Nevada during the final weeks leading to the vote, a time when he was stressing what he described as the threat of illegal immigration

Democrats also captured Republican-held gubernatorial seats in two key Midwestern states, Illinois and Michigan. J.B. Pritzker, the billionaire heir to the Hyatt Hotels fortune, defeated Bruce Rauner, who has been governor of Illinois since 2015, and Gretchen Whitmer, a former member of the Michigan state legislature, defeated Bill Schuette, the Republican attorney general who also ran with the support of Trump.

In Colorado, Jared Polis, a Democratic member of Congress, became the first openly gay man elected governor, defeating Walker Stapleton, a Republican and the state treasurer. Christine Hallquist of Vermont failed in her bid to become the first transgender governor in the nation, as Gov. Phil Scott, a Republican, handily turned back her challenge and captured a second term as the state’s chief executive.

And in California, Gavin Newsom, the lieutenant governor, easily won election over John Cox, a Republican businessman, inheriting the mantle of Gov. Jerry Brown as the leader of arguably the most Democratic state in the country.

Newsom loped to an easy victory, riding the overwhelmingly Democratic edge in the state but also the strong opposition to Trump. The president endorsed Cox in the primary.

The contests for governor were, to a considerable extent, overshadowed by the battle for control of Congress during this contentious election season. But along with the battle to control state legislatures they could prove significant in setting the nation’s political landscape for the next decade.

This new class of governors will take office as states prepare for the highly partisan process of drawing congressional and legislative districts. Republicans seized power in states across the nation in 2010, in the first midterm election of the presidency of Barack Obama, which put them in a position to use the redistricting process to cement their majority in Congress.

The battle between Gillum and DeSantis was one of the most closely watched, in part because the racial overtones that marked the campaign. DeSantis, who is white, squeaked out a victory after spending weeks addressing questions about his past political associations with racists and xenophobes.
Gillum, the Tallahassee mayor, whose administration was under federal investigation for corruption, was repeatedly accused by DeSantis of financial impropriety.

Trump was an early supporter of DeSantis, who defended the president on television and modeled his candidacy after the president’s. And Trump returned the favor, heading to Florida to campaign on his behalf.

Heading into Tuesday’s election, Republicans controlled 33 governor seats, compared with 16 held by Democrats. (One is an independent.) There were 26 Republican-held seats on the ballot Tuesday and nine Democratic seats.

One of the most closely watched races in the nation was unresolved early in the morning. In Georgia, Brian Kemp, the Republican secretary of state, held a slight lead over Stacey Abrams, who was trying to become the first African-American woman elected governor in any state. Addressing supporters early Wednesday, she said she wanted all ballots counted and suggested the campaign may go to a runoff.

In Kansas, Kobach is best known for his hard-line views on immigration and voting rights, and his candidacy was considered problematic by both national and state party leaders, who worried that he was too extreme to win a general election. Nevertheless, he was a close ally of Trump, and the president endorsed him in the days before the primary last summer.

“Today, Kansans voted for change,” Kelly said as she declared victory in Topeka. “Change not only in the direction of our state, but a change in the tone of our state.”

In addition to Whitmer, another up-and-coming Democratic moderate, Gina Raimondo, held on to her governor’s seat in Rhode Island, beating her Republican challenger, Allan Fung. Voters in New Mexico elected the state’s first Democratic Latina governor, Rep. Michelle Lujan Grisham, a frequent critic of Trump’s immigration policies. She defeated Rep. Steve Pearce, a member of the Republican House Freedom Caucus. Democrats have not held the statehouse in New Mexico since 2002.

Democrats also held on to several governorships where they were heavily favored – Andrew Cuomo in New York, Tom Wolf in Pennsylvania and Tim Walz in Minnesota.

Cordray’s loss in Ohio deepened the Democratic Party’s concerns that the once-purple state has become irreversibly red. Democrats had bet that a focus on economic issues could appeal to liberals and minority voters, as well the white working-class voters who had overwhelmingly swung to Trump.

But DeWine’s victory – driven perhaps by the popularity of the departing Republican governor, John Kasich – and the appearance of Trump at a rally in Cleveland on Monday, suggests that the reddening seen in 2016 could be more a new standard than an anomaly.

Cordray was gracious as he addressed subdued supporters at a hotel in downtown Columbus. He congratulated DeWine and expressed hope that the governor-elect would bring the state together after a campaign that had at times turned sour.

In Tennessee – where most of the political energy was focused on the state’s Senate race – Bill Lee, a Republican, defeated Karl Dean, a Democratic former mayor of Nashville, in the race to succeed Gov. Bill Haslam. Haslam, a Republican who faced term limits and chose not to run for the Senate seat, was seen as a moderating force in the Tennessee capital.