Or maybe he can thank President Trump’s automated phone calls urging a Collins vote throughout the district’s eastern end on Monday.

But there appears to be no doubt that the surge of voter interest in this midterm election, combined with a contentious Assembly contest in a large swath of the district, heavily contributed to preserving the seat for the GOP.

“This is not a case where a Collins downdraft hurt DiPietro,” Caputo said. “It was quite the opposite. A DiPietro updraft helped Chris Collins.”

“From Day One, we knew this would be a high turnout race,” Grant said. “You had this enthusiasm boiling over on the national level and the entire situation with this campaign that put it all on steroids.”

Unofficial turnout statistics compiled from Tuesday’s voting in the 27th Congressional District fail to meet some descriptions of “presidential year” proportions, when voter participation always ranks highest. In 2016, for example, 70 percent of active voters in the district turned out for the presidential election, compared to 57 percent on Tuesday. Still, the 2018 turnout marks a significant increase from the 45 percent noted in the last midterm election of 2014.

Erie County Republican Chairman Nicholas A. Langworthy also believes high turnout benefited Collins, but noted it was high everywhere. He also said Western New York recorded better rates than the rest of the state, and that all Republican political organizations were devoted to driving out the GOP base in the 27th District.

Throughout the end stages of the congressional campaign and during his Wednesday post-mortem, however, the chairman has consistently viewed opposition to Democratic Gov. Andrew M. Cuomo as the impetus that drove voter turnout in the Collins district.

Grant, meanwhile, said Collins won six of the district’s eight counties (though he lost Erie) as a result of a strategic campaign that drew votes from the eastern GLOW counties (Genesee, Livingston, Ontario and Wyoming). Part of that included the Trump calls aimed at voters who participated in the 2016 election – those who were thought to have voted for the president.

“They were far more likely to come out,” he said. 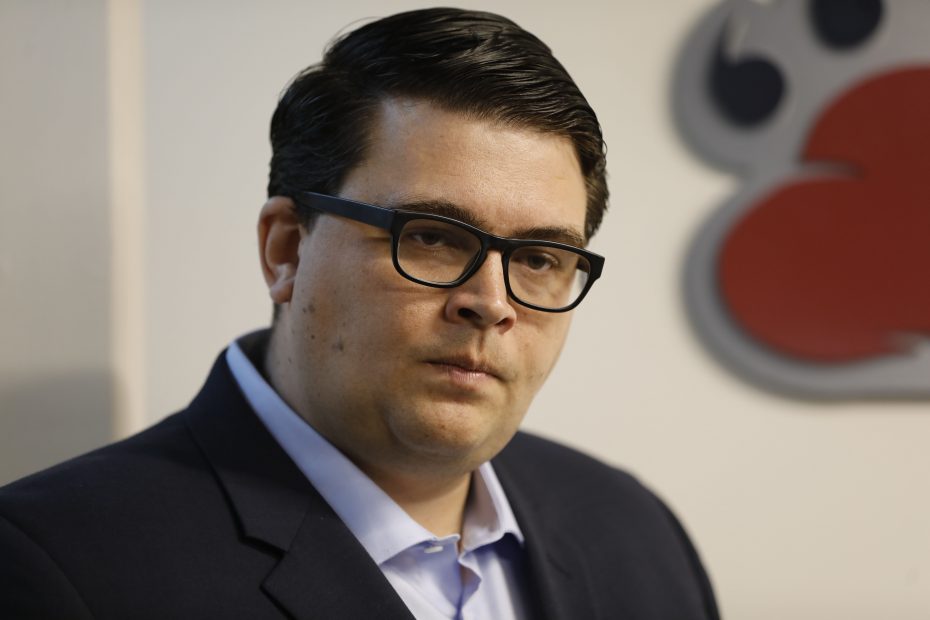 Collins, running for a fourth term while free on bail while facing charges of insider trading, was struggling to excite voters in the heavily Republican district who were faced with voting for an indicted incumbent or a Democrat. DiPietro, meanwhile, was facing a spirited challenge from Wochensky that resulted in a nasty and negative campaign for the 147th Assembly District.

Caputo then imported Steve Bannon, a former Trump White House insider, to an Elma rally on Oct. 24. Also a former adviser to Trump during his 2016 presidential campaign, Caputo claims 410 people attended the event at the Jamison Road Volunteer Fire Co. designed to get out the GOP vote.

Combined with intense media coverage before, during and after the Bannon speech, Caputo said the buzz generated turnout in excess of 50,000 voters, far more than any other Assembly election in the region. He said a byproduct of the 147th Assembly District race was to “excite the base” and help Collins.

“Everything we set out to do we achieved, and more,” he said.

McMurray also weighed in Wednesday on the dynamics of the race as he continues to sustain his campaign during a canvass of votes.

“We crushed it in the metro areas – Erie and Monroe counties, plus Ontario County and Geneseo,” McMurray said, but conceded Trump’s robocall in the rural counties helped Collins.

Those were places where McMurray had a hard time spreading his message.

“In these rural areas, there’s no central community, there’s huge masses of land, and it’s very hard to reach those people,” McMurray said.

He also noted the effect of the DiPietro campaign.

“DiPietro had a strong, loyal support base and he had an extremely active campaign, with a lot of events,” he said. “A lot of it was around the Second Amendment, which is important to a lot of people in the rural areas.”

McMurray tried to de-emphasize his support for gun control measures, but it didn’t necessarily work.

“I could be carrying two rifles and a pistol in my belt and say that I love the Second Amendment. But if I am a Democrat, people would say that I lie, no matter what I do,” he added.