For generations, diners have made Ristorante Lombardo, the fine-dining Italian restaurant on Hertel Avenue, a destination for eating and drinking.

The priorities are reversed across the street at The Little Club, the soon-to-open wine bar from the Lombardo family.

The room at 1197 Hertel Ave., once Café Garangelo, will put wine first, said Thomas D. Lombardo. The Little Club will take a road-less-traveled approach, aiming to offer a distinctive spot for Buffalo wine lovers with an approachable, disarming setting.

Lombardo has been general manager at Ristorante Lombardo, working with his father, Thomas J. Lombardo Jr., his mother, Donna, and his wife Mary. At The Little Club, he’s taking the lead, aiming to give Buffalo a wine-drinking destination with an emphasis on diversity. 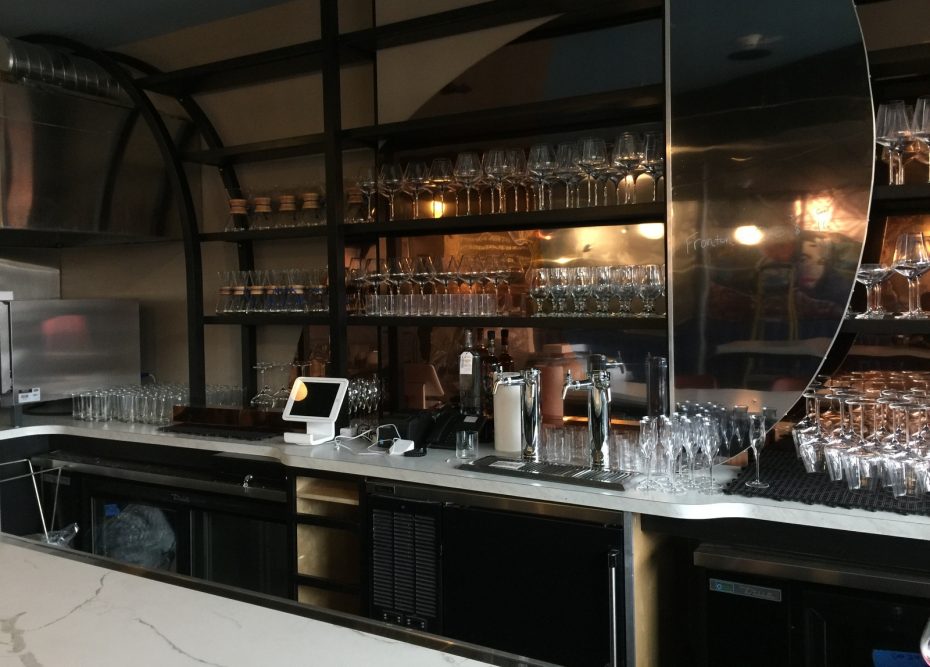 More than a week from its opening, The Little Club's back bar is starting to shape up. (Andrew Galarneau/Buffalo News)

“That’s what’s exciting about the food industry right now, and you’ve seen this happen all over the world: People are excited by the unknown, the diversity they get when they walk into a space like this,” he said.

“You can put a cabernet behind the bar, a sauvignon blanc, and it’ll sell itself. Wines from the Canary Islands don’t sell themselves, because people aren’t familiar with them. So we’re going to introduce them to people.”

Look to The Little Club to zig where others zag. 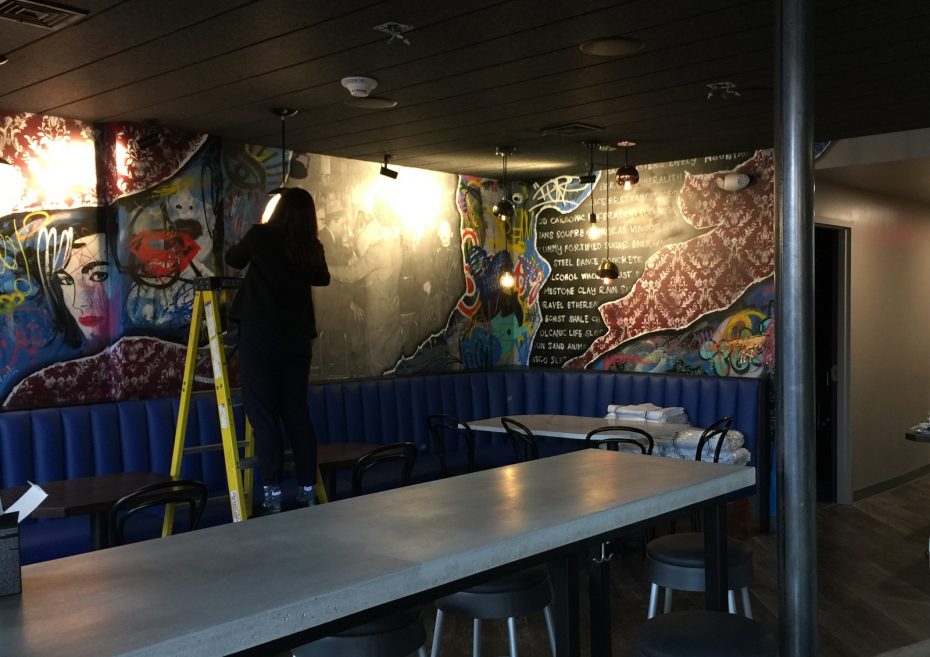 More than a week from its opening, The Little Club's lighting systems are being finished. (Andrew Galarneau/Buffalo News)

“We just don’t see a lot of value in offering 30 middling Napa [cabernets] that are over-valued, or Russian River pinot noirs, or California chardonnays,” said Dan Reisch, general manager, a restaurant industry veteran who was last a server at Sinatra’s.

The Little Club will aim to be a discovery zone, with most of its list from “under-represented, under-valued regions with really exceptional wines that have a lot to communicate,” Reisch said. “They’re fantastic in this setting, where more of the focus is on the wine, instead of as a supporting role for food.”

The brief food menu will include charcuterie sliced behind the bar, cheese plates, with pickles, bread and other accoutrements. Small plates of meatballs, escargot and such will be available. 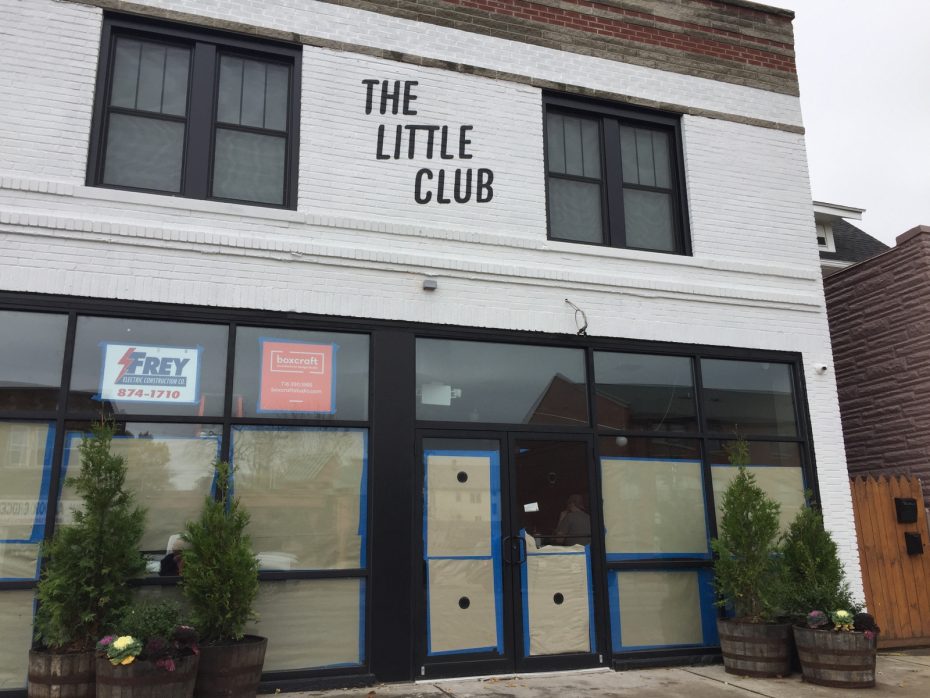 The brown paper will come down in time for The Little Club's opening next week. (Andrew Galarneau/Buffalo News)

Expect four wines on tap, starting with 6-ounce glasses from $8, and $20 carafes, and up. Attention to detail goes down to the glasses, hand-blown Stolzle stemware. There's also going to be three beer taps and a cocktail menu.

To encourage risk-takers, at The Little Club, customers will be able to buy half of any bottles on the wine list, Lombardo said. The other half will go up on the specials board, available by the glass.

“It makes the whole program really accessible. The risk to us is that wine will be going bad and we’ll have to pour it down the drain.”

The Little Club should open to the public on Nov. 15, Lombardo said, and they'll begin to see how Buffalo responds.